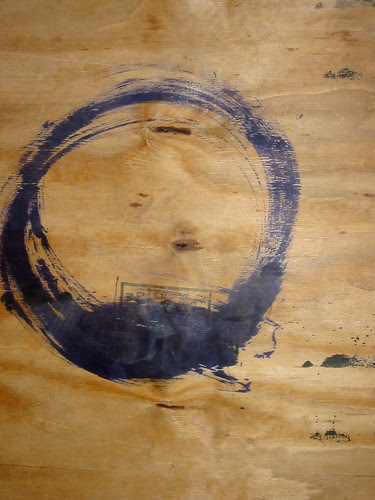 An indiscrete series, mat of
Humus or pot of ash
The rainwater percolates down into,
Or up, leaching out lies:

Making the language preparatory &
Recipient to what, ‘order’d by
A seizure,’ arrives inescapably lyric.
So the rain gauge &

Barrel overflowing, so the tarp
Bellying out behind the leaf-
Raker, so the binnacle box,
Keeping the tool’d kerfs &

Gravings of the compass dry,
That the ship may not
Founder unencompassedly, nor the consequent
Writing go ‘unbegotten & imperishable.’

Errands &c. So that a lag is made, and a draft. What I write invisible today, post’d tomorrow. Whatevs, comme on dit. Read for a couple of hours asquat in the school hallway, camaraderie of janitors, barks and nods. Olson writing to Rainer Gerhardt how he (and Williams, & Creeley) see themselves “absolutely committed . . . to the premise that a poem is the man who writes it, that that origin is the single life.” And, later, insisting that “the essential understanding”—he’s talking about the “form is never more than an extension of content” principle—is “that, a poem IS integral, and is only a coming and going from the man who makes it.” And, as if one need’d more emphasis on the beast himself, how that principle “is seen to be a law emerging from the organism of the poet not from outside things.” Which essentialism—self as source and judge—seems antithetical to Olson’s “post-Modern” project. (Though the “coming and going” in the second statement throws a kind of churn and vortex—allowing the outside in—into that man-source, it’s hardly enough to counter Olson’s thrust.)

Olson’s attempt (1951) to convince the Fulbright Committee to get him to Mesopotamia (with a curious premonitory use of “on the ground”): “My desire is to go to IRAQ to steep myself, on the ground, in all aspects of SUMERIAN civilization.” He proposes “(1), to lock up translations from the clay tablets, conspicuously the poems and myths (these translations and transpositions have been in progress for four years); and (2), to fasten—by the live sense that only the actual ground gives—the text of a book, one half of which is SUMER.” The other half being of the Maya, result of Olson’s investigations in Lerma, in the Yucatan. The juxtaposition of the two cultures is “to try to make clear . . . the nature of the force of ORIGINS” (Olson’s “premise” being that such means may result in “a redefinition of man,” “a crucial necessity, that it is necessary if we are to arrive at a fresh ground for a concept of ‘humanism.’”) I love how the rhetoric (“lock up”) is of a job nigh-complete, though Olson’s mostly shooting blind. I love thinking of Sumerian Letters, and, later, SUMER and / or MAYA or such. Of course, had Olson got “on the ground” in Iraq, he’d undoubtedly’ve end’d up in the C.I.A. (Recall that he did, in 1942, query the Office of Strategic Services, looking for a post. Maud writes, amusingly: “it is generally considered that he would not have made a good spy.”) Olson’s own report to Creeley regarding the Fulbright: “I doubted State wld take a risk on me at such outposts of the empire as Istanbul or Tehran, simply, that, in such places, they can’t afford more than pink-cheeked servants.” 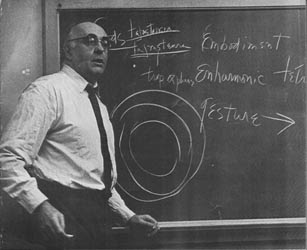