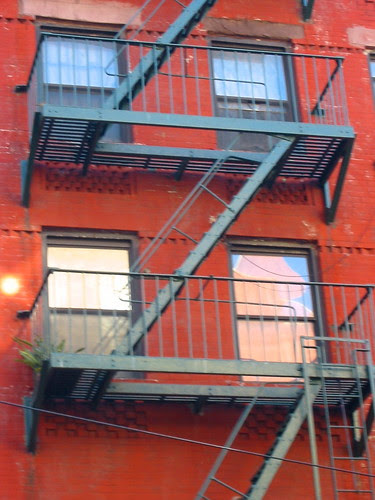 Low pressure bulge, ample humidity, haze and a push of warm air out of the southeast, that’s what one thinks, noting a tiny scratch in the larynx-surround. Reading Jay Leyda’s The Melville Log (1951): “This book was begun as a birthday present for my teacher, Sergei Eisenstein.” There’s something momentous here—Eisenstein’s montage (“the nerve of cinema”) apply’d to the materials of a life. Leyda: “In the making of this book I have tried to hold to one main aim: to give each reader the opportunity to be his own biographer of Herman Melville, by providing him with the largest possible quantity of materials to build his own approach . . .” In a phrase notable for its Steinian bell-chime, Leyda says he aims to place the reader “traveling alongside Melville . . . in a constant present, accumulating past experiences, but without knowing a future.” Compared to Eisenstein’s definition of montage as “an idea that arises from the collision of independent shots”: “each sequential element is perceived not next to the other, but on top of the other.” Leyda traces a short history of the idea (for biography):

To find what such a life as Melville’s may signify with reference to new concepts of time, it may be well first to place it accurately within older, simpler concepts—or we shall be attempting to float him on a fourth-dimensional sea without giving him the three dimensions which make a fourth significant. Thus, when a friend abroad [presumably Eisenstein] first asked me for information on Herman Melville, it occurred to me that none escape from the bog of Melville interpretation (with its thick growth of wild guesses) would be to send whatever contemporary evidence that could be relied upon, arranged in a simple chronology of events recorded as well as dates of writing with no attempt to hide the gaps or to smooth contradictions. [Here idly thinking of Hugh Kenner’s 1951 book, The Poetry of Ezra Pound, with its terrific talk of just such sheer’d off imagist juxtapositions; Leyda’s translating and editing of Eisenstein’s The Film Sense is dated 1942. Leyda speaks too of the way “the relation between two documents, among a cluster of documents,” makes visible relationships unguessed at “by examining them singly.”] This sort of factual reconstruction had been employed by Russian scholars for the study of several of their writers and composers, and I had found such a documentary chronology of Musorgsky’s life of great value (and pleasure) in working on a book about a mind and career quite as obscure as Melville’s. [Here he’s presumably talking about The Musorgsky Reader: a Life of Modeste Petrovich Musorgsky in Letters and Documents, a book he edited and translated with Sergei Bertensson, and publish’d in 1947.]

In the early ’seventies, rummaging in the Ann Arbor Public Library where I work’d as a shelver, I found a book call’d The Life of Mayakovsky that proceed’d precisely by way of such “documentary chronology.” I see now it’s author’s one Wiktor Worosylski, the book a 1970 translation (Orion Press) of the 1965 Życie Majakowskiego. I found it terrific—a formal spike to hang “biography” off. I never found anybody else who’d read it. [Exceedingly odd, one considers now, that it’d managed to find a translator and U.S. publisher—measure of the publisher shrinkage / shirkage before anything writ in a foreign language now.]

Leyda, following a wrenching recital of how huge numbers of Melville papers were burn’d—one fire after another of letters—or lost, how slim and riddled the record is: “I did not consider it a part of my job to throw bridges across such gaps. Complications, contradictions, which the conscientious biographer would feel obliged to reason out or explain, have been left for the reader to worry about. No, for once the roughnesses were not to be ironed out.” And he quotes someone citing “one of the first principles of scientific measurement”: “Never remove a discrepancy.”

What Herman Melville’s father call’d
‘Cucumber season.’ A man of
Formal diligence who long’d for
Mere competency. To a brother

In jail for debt he
Sent a pound of snuff.
He call’d ‘beloved Son Herman’
Docile & amiable, backward in

Speech & somewhat slow in
Comprehension. Tempus lustrare meaning nothing
That is not love is
Not to the sacral bent. 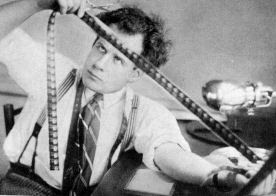