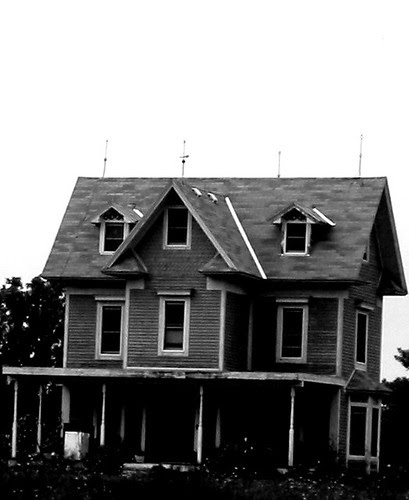 I keep returning to Olson’s instruct, that “saturation job”—in a sense differing nought ofd something like Theodore Roszak’s noting of what’d become a “society of experts” (I spent some little period of my youth reading things like The Making of a Counterculture, that is, sociological studies of my own “gang”). My “gist” being that Olson is battling ’s own flighty demon. So it’s affirming to read Ed Dorn’s (in the new and necessary Ed Dorn Live) assessment:

Olson was not very methodical. He used the word a lot—that method—but he was scattered all over the place and he was really quite a bebop intellect. That’s fun, but not necessarily all that useful.

Which (all of which) puts one into the spot: what’s call’d for, breadth or depth? And where is one today? If I recall Roszak rightly, the complaint direct’d itself at the profligate narrowness of the system, the drawing down of each, blinder’d like a horse, into a realm without purview or range. Podiatrists who cannot read novels, art historians who cannot identify a nuthatch. Today is what? Worse—the poet / critic who outright dismisses unread a large half of all the U. S. poetry publish’d, the chiropodist who, &c. Or better—the swirling Technicolor-suck of Internet-bounty, fingerable info-tease, an immediacy of breadth. It’s never been so easy to appear widely-wrought and bounteous.

Dorn, in notes out of last lectures titled “Poetry Is a Difficult Labor,” after pointing to other (scientific) fields and the refusal of practitioners “to educate themselves in the wider aesthetic senses”: “What’s crept into people’s lives now is a kind of vulgar, lazy sense of what you can get by with, to get the most out of, with the least output. Poetry is in trouble, but it’s not in as much trouble as a lot of fields are.” One answer: the “documentary” poem. Dorn:

I’m not embarrassed to say “documentary” because I do think our lives are documentable. The word documentary is something I concocted to try to legitimize a way of writing which frankly and openly and blatantly and unashamedly and unabashedly wants observations and experiences. All writing does anyway, but it doesn’t necessarily admit it.

Alors, one way out of what Dorn elsewhere calls “the overriding solipsism that afflicts modern poetry.” (As early as 1977, at Naropa, in a transcript of a teaching lecture that is the first piece in the book, Dorn is calling for a poem written out of “the completely external.” And, again: rejecting (“goes against the grain”) “the notion of the twentieth century, the hint that the interior was far greater than the exterior.”) Refusal of the pervasive unanchor’d drifty fragments, airy little nothings; refusal of new water’d down (dumb’d down) baby-talk surrealisms; refusal of the subject-ego sweet umpteen-zillionth discovery lyric outburst; refusal of the zeitgeist static-patter without context or analysis; refusal of empty formalisms of the left and of the right. Which leaves history. “Knowledge of the past is the only thing that can reduce anxiety about the future.” History, and humor, “a rhetoric of defiance and ridicule and a poetry of derision . . . a concerted attack on the centrality of authority.” Or, out of Dorn somewhere: “Scrumptious meals, it says, / prepared completely from scratch. / But who wants to eat scratch?”

Pervasive is Dorn’s contempt of that “centrality of authority,” Protestant versus “Catholic.” On the differences between himself and Olson, and the fine barking dogs of Midwest distrust and cynicism, caught between two overwhelmingly provincial coastal pufferies: “He was a Catholic, I am a Protestant. I am from the Midwest, which means I’m cynical, deeply cynical. He was not. He was deep down a Catholic, so his respect for authority is much greater than mine.” And, later, Dorn’s kinship with E. M. Cioran:

My natural affinity with cynicism in the philosophical sense is also with the belief that the only way to deal with an impossible problem is to laugh it away. I mean only laughter can turn it to rags. I think that’s at the heart of the cynic system actually. It’s the ultimate desperation.

Dorn’s late (troubled) identification with the heretic (“I think heretics are the only responsible citizens and heresy is the only responsible position” versus noting that heretics are “people who simply get out of order.” And see “Languedoc Variorum.”) A lovely piece of causticity in Dorn’s considering why “such an obscure target as myself should have been attacked by the Buffalo Gau [a terrific strategic word in the instance, a medieval German region term not unlike shire, or province revived by the Nazi’s as an administrative (read “control”) subdivision]:

I assumed I was attacked because I presumed the right to dismiss their attention to “language” as a rhetorical vacuity, along with its proponents whose sole aim was simply a job-hunting sycophancy. The obscurantist opportunism these sloths hid behind still leaves an offensive residue on the skin of writing which will take a long time to evaporate. The damage done would be laughable if it didn’t convey so much tonnage of ignorance dumped onto the whole lingual edifice.

Which one’s got to applaud for its punch and clarity and humor, even if one namby-pambies regarding its “position.” What Dorn recognizes: “Humor is aggressive and humor is an attack, of course. You can’t attach anything with sadness. And increasingly you can’t attack anything with seriousness . . . if anything now seems even vaguely emotional, it’s gone.”

Up & emptying it out,
Counterweight to the gaseous slutch
Of commodity stasis, the usual
Unhinged perps stuck in a

Phat mirey of goods, breezed
A is for emphasis, hombre,
The way a skittish bellyache
Of a documentary’ll re-

Entrench the yea-sayers, fix
Dishonorable intransigence in the sorry
Earthly stocks. Look out, I’m
On my way up too.