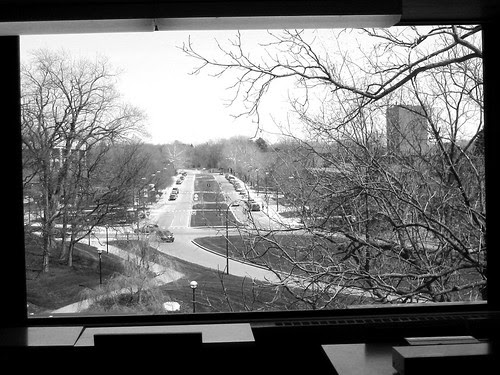 Carla Harryman writes: “A politics of memory . . . speaks to not denying the material conditions under which the work is produced. The material conditions are the work’s memory.” And: “The dilemma of memory, the demand of remembering to fix meaning has always troubled me.” Adding that that demand’s “at times” made her “reluctant to continue” with The Grand Piano project: “when I was a child I threw away my diaries after I filled them up.” (Presumably, Harryman continues out of obeisance to the “work’s memory,” that of her own works, 1975-1980.)

Truth is, Harryman’s a deft memoirist, adept at “producing the language of narrative,” and offers several autobiographical sketches of no little oomph. One of her work with (and mourning of—he died in 2005) actor and director Philip Horvitz, with whom Harryman staged a piece call’d Memory Play. (Horvitz’s performance of Yes, I Can, “a version of the life of Sammy Davis, Jr., complete with appropriated memoir and familiar songs”—with text and images that “went around twice in an exact repetition” recalls somewhat the Jean Eustache film titled “Une Sale Histoire,” a twice-told story of voyeurism, related first by Eustache’s friend Jean Nöel-Picq, and second, identically, by actor Michel Lonsdale playing Nöel-Picq. Simulacral doodadery. Farce repeating itself as farce.)

One (memoir) of a tediously stiff-sounding (“We sat in straight-backed chairs facing the audience, speaking without looking at each other as if we were trying to get the words of the text as animated by voices to meet at the apex of the imaginary triangle situated between the two seated performers and the audience”—a sentence one need only utter in robot-speech to explain the post-performance upshot) production of Harryman’s Percentage, after which “we all went outside to stand in a nicely lit and quite large yard, which might have also been a corral, around which Jill Scott rode a horse.” (And a commentary about “Jill Scott”—horsewoman in Ethiopia, malaria survivor in Central Africa, brave and savvy sneak-thief of Disneyland’s backstage secrets—follows: “it was hard for her to be taken seriously by male artists in San Francisco”; “Jill believed that I was far more fortunate in this respect than she. Perhaps it was this frustration that caused her to package herself in a crate and ship it through the mail to an address I believe was 80 Langton Street.” Is it incorrect to read palpable envy clothed in a tiny snub in those lines? A few sentences along Harryman writes: “There was a kind of magicianship exercised by some of the San Francisco performance artists of that period, but I never wanted to be a magician.” Maybe not.)

It’s the leaking (textbook-y) theory that rankles, particularly put against a story that’d seem to contain the whiffs of negativity and competition that the “Jill Scott” one does. Harryman subjects O’Neill’s A Long Day’s Journey into Night and Williams’s Cat on a Hot Tin Roof (“where traumatic and endlessly rehearsed, yet unprocessed, memory produces the drama of interpersonal dysfunction”) to a kind of parody of California psychobabble:

Memory in these dramas produces negative life stories, narratives trapped in tragedy and melodrama. Such negative life stories of the American Way, whether they are about self-idealization or horrible shame, are often obsessed with childhood and particularly adolescence—as if the adult were merely an unfortunate vessel for the torment of youth. These works are among those that our culture recognizes and reveres as great representations of its ethos. What they represent is adult management of despair in past fantasies and a corresponding incapacity to change one’s psychic life to the degree that everything “outside” becomes one’s psychic life—stuck in rather than engaged with the past.

The “outside”—seemingly akin to Lyotard’s “master narratives”—is where, as Harryman writes, “everything has already been said then rehearsed many times as if it were true that there are only a few stories to tell, that get told over and over again. The performer enters the groove of the already given and discovers her unique unfolding inside the suffocating legitimacy of the sanctioned story.” And: “the performer is producing the language of narrative rather than identifying herself as a part of the narrative.” Isn’t any claim that one is somehow “using the language against itself,” always suspect? Simple irony in a new hat, ostentatious in its displays of provenance, its designer labels and codes? There’s that old simulacral petard of the self-justificatory language sampler, my toot isn’t like everybody else’s toot. It reminds me somehow of W. H. Auden’s famous quip: “‘After all,’ sighed Narcissus the hunchback, ‘on me it looks good.’”