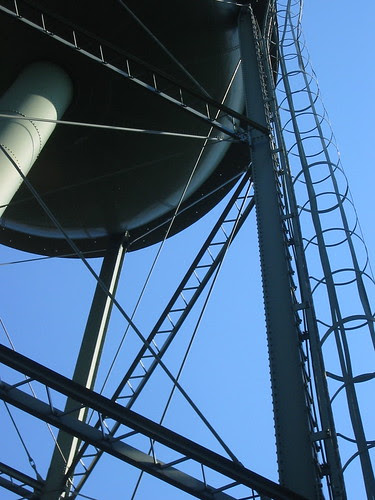 My sandbox. It’s my sandbox and I own all the toys in it. All collage is hegemonic. You come in my sandbox and I get dibs, the triumphs of our era’s arts are due to appropriation. That’s my toy there. I call it ersatz man . . . media infoglut. It’s in my sandbox so I own it. Even with no concept of a sandbox, you—Louis Zukofsky! Cockchafer!—got to admit it: we do live, after all, in an age of conceptual art. In my sandbox I am unpredictable. That’s who I am—Kamau Brathwaite! Cow dung!—Mr. Unpredictability in my sandbox. Our average poet . . . is lucky to be something like a liver fluke progressing through the guts of a sheep. In my sandbox where I own all the toys if I see a Kickapoo I step on it, I step on that Kickapoo, allow me—Vicente Huidobro! Ass in the sky!—an autochthonous squeeze at my good sense. I know that nothing is owned and that borrowing or outright stealing has been our mark of Cain from the beginning. We live in an ocean of language and . . . it is hard to separate one wave from another. You come in my sandbox and I get hard to please. You—George Quasha! Smegma head!—come in my sandbox I clean it up. Ha ha ha, I say. I clean it up, autochthonous in my own sandbox. Under hegemonic conditions, what universalism or internationalism remains is internalized. If one day I am acting like an imbecile in my sandbox, I clean up. I am like a public intellectual—Gertrude Stein! Butt belly!”—self-confessedly and outspokenly “appropriational” art movements seem to be the latest miracle in my sandbox. Some days I put all my toys in my hat—Paul Blackburn! Picayune prick!—in my sandbox. Some days I doff my hat, “content” being unanchored now by any implication, legitimacy goes to formalism à outrance, and a toy flies out. I break my toys whenever I want, unlikely that there is any taboo against repetition, I find it liberatory—Kathy Acker! Snivelpurse!—the broken is open, the broken is open, open on the verge of solipsism and tautology. There is no censorship in my sandbox. Censorship—Allen Ginsberg! Rural prurience!—is a big serious thing and I have nobody like that in my sandbox. You ought to find a sandbox—Malcom de Chazal! Colonoscopy!—use the terms as gingerly as possible, I mean, mi polis es tu polis, though in my sandbox I can bust up any “signifier” I “feel like,” I think polis is Greek for “police,” isn’t co-optation into a previous or ongoing “signified” inevitable this side of revolution and, frequently, beyond? So, that’s my sandbox, where I rub off anything I dislike—Charles Olson! Priapus snout!—an act of abnegation . . . subjugation of the tedious ego, and the ultimate democratization of the world. I do it for me, and for my friends, and for my country, America,—Ron Silliman! Size queen!—and if I don’t like something I throw it away, I dispose of it, I tell it to “fuck off”—Barrett Watten! Management goon!—though anything that can hush the “me-me” generation certainly deserves a hearing.

[Random select particles out of The Embattled Lyric: Essays and Conversations in Poetics and Anthropology, by Nathaniel Tarn (Stanford University Press, 2007) got Hoover’d up here, apparently by the sheer self-center’dness of the idiot-child who speaks the odd Tourette’d discourse.]

Witold Gombrowicz: “To contradict, even on little matters, is the supreme necessity of art today.” And how there is so little (contradiction). The tuneless brigands band together, singing endless indistinguishable yé-yés in the sun. Everybody’s join’d the clannish outlawry, with a nudge and a blindfold, and irony is the cheapest hammer there is, a tiny thing. One used to dissemble the pieces of pieces, a poiēsis self-center’d, perfectly certain of its grand middle-class “fit,” and bodacious as bodacious is, a poetics of gamy red-knobbed vultures dress’d up like black-skirt’d penises at a funeral, pecking away in jocular derision at roadkill—say it’s the corpse of Mary Oliver, or Louise Glück, aww yeah—whilst unbeknownst—who cares, I got mine!—a semi truck chockablock with the larger derisions of the State careens out of control down the center lane straight for the assemblage of prick’d out assemblagists. That’d be one way to say it. Another’d be: there’re some who think art today ought to exhibit all the legible and legitimate moral authority (now there’s an old fashioned “note”—how silly) of a Sisyphean dung beetle rolling its self-assembled turd back and forth with its companions in a stupor of glee. “Everything is temporary anyway.”