The Hydra-Head’d Self and State Power 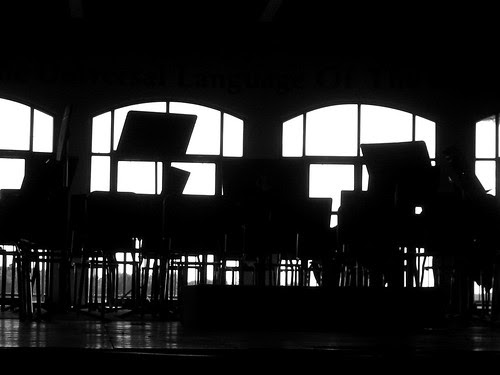 Grump’d off into the weekend world of leaf-debris’d streets and persnickety, recalcitrant, yea, cuss’d Toro mowers, and sun sledging down molt’d-yellow into the steely mold of oneself, its hot animosity-replicant reciprocal touch—see “Sun, A Somewhat Imperious Account of Talking Down to. . .”—and just as surliness calls us to the things of this world, I grump’d off thinking I’d go back into Faulkner’s mossy belabor’d tourbillons and meanderings, back under the consoling song of something simple, like fratricide, or miscegenated offspring, or warfare in the trenches . . . And found myself, oddly enough, trucking with Andrew Epstein’s Beautiful Enemies: Friendship and Postwar American Poetry (Oxford University Press, 2006). It’s cleanly writ and musters together a fine compendium of material to bounce against in considering, oh, how people in self-proclaim’d hoity-toit groupuscules (and they tender adversaries) behave today. (That’s not exactly the book’s intent—it is doing a historical job, considering the ties and rifts in a number of writing relationships, O’Hara’s with Ashbery’s, O’Hara’s with Baraka’s, Baraka’s with the New York School, and, largely, how the individual talent does commerce with the social realms as they manifest themselves in writing communities, self-conscious or not.) That’s not, though, the lens I determined, willy-nilly, to examine the book through.

Which is to say: all the reading I did (not even too terribly much) and writing (here) is under the cloud of a historical moment almost completely bouleversé in the intervening fifty or sixty years. And it’s the difference that swept me up and toss’d me down exhaust’d on the black sands of my reckoning. One’s (“our”) historical consciousness is such now—percipient, perspicacious, prepossessing—that one proceeds (thinks one ought proceed) by aping the old models. The upshot is, the scene requires (accepts) nothing beyond apery, fine-tuned irrelevant apery, the scenes of “our” former aperies.

Into the Epstein. There’s Ralph Ellison’s sentient remark that “true jazz is an art of individual assertion within and against the group. Each true jazz moment . . . springs from a contest in which each artist challenges all the rest; each solo flight, or improvisation, represents . . . a definition of his identity.” Which “cruel contradiction” (as Ellison call’ d it), Epstein smartly applies to “the dynamics of avant-garde poetic communities.” What Epstein points out—“one of the central paradoxes built into the avant-garde itself”—proceeds thus:

Instead of merely opposing individuality and thriving on cohesion and collaboration, as we are so often told is the raison d’être of vanguard movements, the avant-garde actually features an ongoing tug-of-war-between its demand for group solidarity against a hostile larger society and its simultaneous commandment that its participants must be anarchic rebels who resist conformity and convention. These two impulses cannot easily coexist, a fact especially glaring to American avant-garde artists, steeped by birthright in a powerfully individualistic mind-set, which leaves them particularly torn between the compulsion to be an idiosyncratic nonconformist and the desire to be an avant-garde team player.

Hence, according to Epstein, the marked ambivalence of the New York School “players” about working jointly—and he reads and reveals superbly some of the competitive tension-undertows that roil some of the collaborations.

What I think, though, reading those lines, is elsewhere. I mock Ron Silliman’s “post-avant” tag as meaningless, as just another burning arrow of gratuitous nomenclature shot out over the poesy’d plains by Chief Silliman, demonstrant mostly of a desire to control the terms of the debate—but: is the scenario of the “vanguard” Epstein mounts imaginable in the clubby ’thousands? Isn’t it more to the point that today there’s nothing but “group solidarity”? Everywhere the clamor of the social, particularly in the semi-noxious and irréel environs of cyberspace—network joining network joining network, any veritable self inevitably wholly crosshatch’d out by the lines of social force “under” which the self “operates.” That “powerfully individualistic mind-set” of the “American”—where’s that? Nowhere except in the mythical damps of a perceived “self-reliant” history, and, notably, in a damnably selfish sense of “self-preservation.” (That impulse to run off, to rub out, to disappear when threaten’d.) (See, for example, John Ashbery noting thirty or so years back—“We feel in America that we have to join something, that our lives are directionless unless we are a part of a group, a clan . . .” Bewailing exactly the kind of willful squandering of one’s autonomy one sees to a hugely exacerbated degree today, not only in social clumping, but in a narrowing of writing tendencies, of aesthetic approach.) Today, in lieu of groupuscules band’d together against the siren songs of conformity, one sees bands forming for something akin to product placement power, marketing heft. So maybe Silliman’s correct, maybe there is no avant-garde anymore, though it looks, too, as if now it’s all avant-garde. We’ve enter’d the era wherein we all be “anarchic rebels who resist conformity and convention”—the “tout-avant.” Though, certes, no consensus’d fly up there—except silently: one by one in our camouflage clothes we’re saying—“yeah, I’m an angelic upstart, even though none of the rest of those fucks be.”

The other thing that struck me in reading Beuatiful Enemies: how pervasive the “splatter’d self” ’s become. It’s getting found everywhere, its lineage traced back and back. Epstein writes a terrific summary of how the Cold War culture of containment and conformity led to oppositional strategies: “To counter the tremendous emphasis placed on stabilizing and containing unruly energies, participants in the avant-garde devoted themselves to values diametrically opposed to containment: motion, disorder, flux, speed, change, and action.” And, too, how, under the repressive post-war political and cultural forces—what Baraka, in The System of Dante’s Hell calls “the torture of being the unseen object, and the constantly observed subject”—the concept of identity shifts to become a malleable, protean, camp thing, a no-identity, temporal, performative, slippery. It’s a persuasive reading. What concerns me, though, is how that notion of identity’s become doxology now; a half-century along, we all lack a reify’d sense of identity, any essence, we all move to survive. Which makes us both hard to hit, empty targets, indestructible, and perfectly ineffectual, hydra-head’d, of no concern to the State, representing nothing, without danger, ciphers and codes, not worth the cracking. Nuts. A nation of nuts, acceptable (no need in the ’thousands for containment, even the outlawry is in containable lock-step with the aping masses aspiring behind), non-threatening.

Arnold Schoenberg, Fundamentals of Musical Composition: “Methodical variation is no substitute for invention, but it may be stimulating, like the athlete’s ‘warm-up.’”

Speaking of “That impulse to run off, to rub out, to disappear when threaten’d,” I see by a Monday morning look into my box, that the Buffalo Poetics flunkies and cutthroats refused to post another of my e-mails, one chiding the use of innuendo to continue a long-orchestrated campaign of character assassination against Kent Johnson. Therein I did say, “By the way, it’s high time that Kent Johnson be allow’d to return to full participation in the Poetics List discussions. Nearly nine years of exile.” Maybe therein lies the problem. Query the “bosses.” Demand an open forum.

Hercules and the Hydra