Bernstein with a Monicker 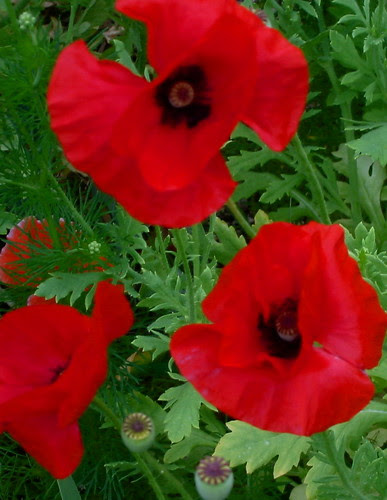 Charles Bernstein wheels himself around into a momentary plotz’d akimbo
Stance, all persevering unctuousness, with a radical weather-
Brow out, and asks me if I think my biliousness’ll score big
With the little gods, the sky-troopers of night’s final measure.

Against the stance’s persevering unctuousness, my own radical weather
Dogs the bunch who hack it, and smarm leaps off the shelf
With my little gods, sky-troopers of night’s final cocksure pleasure,
Parachuting down into a hat not entirely fill’d by Charles Bernstein’s head.

Dogs bunch up at the smarmy lack of it, leap for the throat of that self
With its smug comedic Nowheresville convictions, into the spit of its conniptions,
Parachuting down like hats, though not entirely. Charles Bernstein’s head
Is somewhere nearby, speechless, and it’s not due to exuberance.

Out of its Nowheresville convictions, it spits its conniptions,
Fit to be tied at the way it gets ramp’d up for a takeoff and stalls out in vacuo or
Somewhere nearby, speechless in the vade mecums, and it’s not due to exuberance.
More likely it’s due to a devilish ambition that clamps down honest criticism,

“Unfit to be snide.” Then all tied up for a “takeoff,” Bernstein’s head stalls out vacuous
As a cigar store Indian, all tête de bois with wooden incisors like George Washington’s,
Due to a devilish inhibition that cramps up and clamps it down. Honestly, criticism
Is no help in a case like that. And if he commits the noble fault, jetting

Like a cigar store Indian, all Woody Woodpecker like George W.,
Where’s the harm in that? Long’s the reputation’s safe. Long’s selling continues. A bad attitude
Is no help in a case like that. If, twitted, one’s notable fault is infantile vetting
(In the French sense) all conversational patter, and parlaying small humor into academic industry,

Where’s the harm in that? Long’s the reputation’s safe. Long’s selling continues. A badass attitude’ll
Browbeat any investigatory others out. I ask him if he’ll bill me as “Big Score
et les ordures policières” at the next academic parlay of the conversational control industry,
And Charles Bernstein wheels himself around into a minute heap, plotz’d, a tiny perfect Dumbo.

Every comedian’s heart—the laugh muscle—conceals a killer. The fault of the hair-trigger difference between thinking in one guffaw, “I’ll make him laugh,” and its sudden obverse, “Make him stop laughing. He’s laughing at me.” And Charles Bernstein’s first a comedian: it is there, in the giddy subversions of a mostly sophomoric (Greek for clever moron) humor that he pooh-poohs and nyuck-nyuck-nyucks, a veritable clown in trousers. Or a klupzy girl. “Who’s on first?” The thing about comedy is, it brooks little argument, little half-measure, little slow-harsh subtlety of sidelong cancerous wit; it is rarely reveal’d casually, with joyous finesse, by degrees. The comedian’s unwilling to proceed by increments, who ever heard of an incremental laughter? Because comedy, like murder, is about control. And control that is slow to exhibit itself is no control at all.

Okay, the reason for the plangent and heart-rending melee (I call it that because it’s a pantoum, ha ha, “twice the poem, half the lines”) I wrote in a fit of derisive expediency whilst the sun did a brusque reportage in the cloud cleavage above: I accuse Charles Bernstein of “sudden obverse” killer instinct in the administrating of the Poetics List. (He is the “list owner”—it’s beyond me how a mechanism located at the University of Buffalo—a public state institution—is manhandled whimsically, irresponsibly, and censoriously against the public and poetic good by a clown employ’d by the state of Pennsylvania.) He, through the nefarious dirty hands bunch of hench-mensches and hench-wenches, Amy King, Joel Kuszai, Nick Piombino, Lori Emerson, and Julia Bloch, blocks whatsoever he sees fit, including, in the latest round, a simple URL pointing to a correcting essay—after a misinform’d slur against him—by Kent Johnson regarding ’s ouster in 1999 by clown Bernstein. Including, too, a “corrective interpretation” I wrote of some insinuations Nada Gordon made against that same Kent Johnson, everybody’s preferred whipping boy, particularly favor’d by the know-nothing sycophants who like to dumbly “pile on” after he’s down. Including a protest regarding the removal of Jon Leon’s poems out of MiPoesis. Unbelievably self-serving, that bunch. Unbelievably timid, refusing congress in lieu of a static stultifying commerce. The Emersonian parable of the circles applies directly to “First Speaker” Bernstein:

There is no outside, no inclosing wall, no circumference to us. The man finishes his story,—how good! how final! how it puts a new face on all things! He fills the sky. Lo! on the other side rises also a man, and draws a circle around the circle we had just pronounced the outline of the sphere. Then already is our speaker not man, but only a first speaker. His only redress is forthwith to draw a circle outside of his antagonist.

Bah. Premature is that self-pleased belaurel’d look, Charles. Open the list to all. End the censoring.