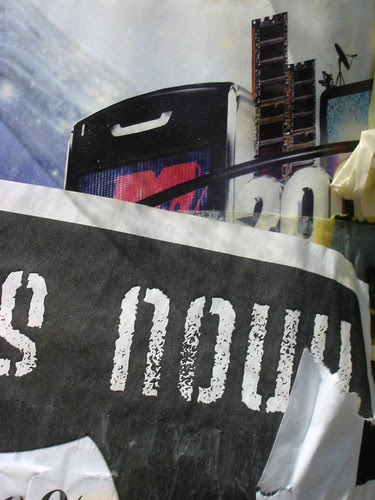 Shostakovich’s blasty D minor, fourth movement, the Allegro non troppo with the timpani banging away, the frenetics of that pounding a sure sign that whatever victory there is, is false—or, as Shostakovich writes in Testimony “What exultation can there be?” A question pertinently brought to the thrones of the mediocre, asking What to do with the minor poets?

Lawrence Ferlinghetti (in Robert Dana’s 1986 Against the Grain: Interviews with Maverick American Publishers) put rather smartly something that—throughout the post-Beat period—went largely unsaid, pointing to the poem wherein “form is defined as a graphic consciousness”:

If you have a genius mind and a really interesting consciousness setting down what’s going through his mind, transcribing as directly as he can what comes from his consciousness that moment, then you get a very interesting piece of writing. Because when mind is comely, what mind says is going to be comely or interesting.

Ferlinghetti puts Ginsberg at the origin of the “Graphic Consciousness School” and includes Philip Whalen and Gary Snyder amongst its capable practitioners. It’s the drab know-nothing recruits and epigones he disparages, the ones lacking Ginsberg’s “omnivorously packrat intelligence”:

Whereas when younger followers of Ginsberg use the same techniques, not having interesting minds in the first place, what comes out isn’t very interesting. So you get enormous, dreary amounts of modern poetry following this technique.

Pages and pages of illustrations out of the AB Dick’d and rust’d staples numbers of the “period.”

The problem today is no longer that of consciousness—the accept’d gospel is that consciousness is splay’d out in the nigh-sentient garbage of the massy intercommunicative “system” that is the planet and its ongoing conversation is all one need tap, with a lightning rod to bring it down out of the ether, attach’d to a writing arm that reproduces it in duplicate with a series of strings a la Thomas Jefferson’s at Monticello . . . Consciousness itself a pig of the twentieth century, a palpably “dumb” thing, with a snout the size of a dinner plate with one sausage bouncing about in it, call it a self, call it a soul, call it esprit, call it a spritzer or a schnitzel, out consciousness is—out to lunch, out of the running, turn’d out, as foolish a thing to consider as the works of Archibald MacLeish, that old conquistador, that piebald crow! As the cant academick’s got it, one is a many-self’d thing (starring William Holden, 1955), and caught up between the Rimbaldian “Je est autre” and the Valérian “Je suis l’instable” and the Whitmaniac “Do I contradict myself? / Very well then I contradict myself, / (I am large, I contain multitudes.)” and the contemporary “avant” drone ’d better cut and run (off at the mouth, to extremes), cut and paste, “pull down thy vanity” meaning “get it off the ’net,” slap it together with fish-glue, and off to market, to market.

In lieu of the works of “graphic consciousness,” one finds the works of “cull’d offal,” the works of reassembling the parts. And, again, some do the culling (think of the relationship between the French cueillir to gather, to pluck, and the Latin colligere to bind together) with admirable facility, making a judicious thing, drawing with fearless stingy care items out of experience render’d (a cooking term) useful and severe and potent by time and memory. A distillate proprietary hum, musical and apt, with a tincture of self to bind it. Others, it seems, do the culling (think of the relationship between the French cul ass, asshole, and cul-de-sac dead end, a blind diverticulum) with all the historical sense and means and propriety of a scrannel scrapper, or a nosepicker, or an automaton, piling up methodical stacks of highly-machined bounty with sophomoric gusto. If the “graphic consciousness” dud hoi polloi suffer’d a kind of slow stoner’s minimalist mentality “trucklight off my hookah / diesel fumes / oh / man,” the replacement purveyors of Ferlinghetti’s drear, the cullers-of-offal millions retort with a kind of Dexedrine’d up frantic churn of “poetry”—at least a book a year, aww yeah—unavoidable stuff, no exulting in the onslaught, no, of the king’s minor minions, with they logorrhea’d “phat booty jism skirt bravado aww yeah.” As Philip Levine says, a man who’d the good sense and grace to call a motherfucker a motherfucker: “you can have it.”

I’ll try to put it as gently as possible. Funny to go off for a couple days and return to see K. “Stalin” Mohammad’s “Slime Tree” completely “cleansed” of any signs of aesthetic struggle. “Hollywoodland,” indeed, where air-brushing’s routine. What smidgen of it (the struggle) that remains is found here, along with Kent Johnson’s terrific and astute writing, “I Am Interested.” As is so often the case, Johnson is big enough (and good-humor’d enough) to act as the community’s conscience. Said before, though it needs repeating: probably the most noxious thing the Flarfy kids learn’d off the Language boys is the brute readiness to control not only production, but reception. 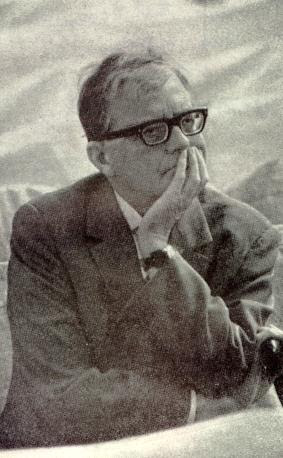