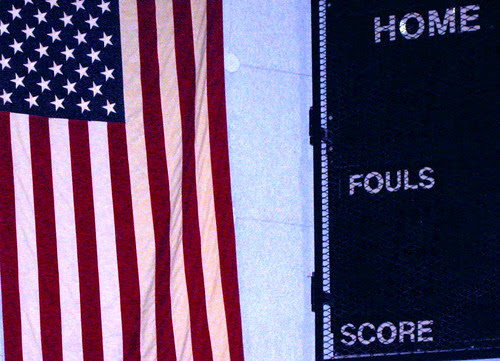 Early in one of Auden’s Shakespeare lectures, he says: “The first question to ask is what is the interest, the central kind of excitement inducing an author to write a work, as opposed to the wayside stimuli that may have amused him along the way.” (He’s talking about the history plays, and points to “the search for cause and pattern” for an answer.) The line, though, remind’d me of something snotty I used to say about, oh, some eighty-five percent. of the pieces I read here and there. The snotty thing: “There’s certainly nothing there to indicate that that needed to be written.” (Back to yesterday’s esprit de tohu-bohu, that Romantic gut-heave, that blaze of letter’d anguish, the work essential to the essential self in all its fibrillating . . .) “Need” is a funny thing. I need to write every day. (Pas vrai.) I certainly needed to write that, just to expel it like a cork. (Rarely. A solitary chore for a particular, or a private conveyance.) Though: there’s no doubt that a huge number of pieces—out of all the creeks and sluice-channels and meandering tributaries high and low, right and left that add up to the big river of “our” writing—get put together with no excitement beyond the dutiful, the habitual, and counting, too, that meretricious secondary gleaning of one’s gleanings against the onslaught of ennui, or that cynical whiff of lobbing anything up into the light just so’s it mirrors back down to that “self, fibrillating.” (Pinch me.) Against the dire spookdom of seeing oneself cease to matter, here’s my existential philippic, it is made of some words I found in a book. Or, variously, it is made of a thing muster’d up, les devoirs (my homework) of me, incessant and vain écrivain, just as I am you, hypocrite lecteur, mon semblable, mon frère.

Not sincerity, sincerity is an easy fit. (Direct look into the camera.) Authenticity, a bloody heart dangling off a smoldering poker. Or, the way Nabokov puts it, deriding the fancy, that palmier au bout de l’esprit, noting a phrase (“a mass of noises whose origins are hard to explain”) stuck in ’s brainpan “forever”—“full of the amazing music of truth because written not by an ignorant poet but by a naturalist of genius.” All part of the argument for turning the gulls and cormorants of the simulacra’d dumps and pits out of the temple. Nabokov:

In Chang during a fire . . . I saw an elderly Chinese at a safe distance from the fire throwing water assiduously, determinedly and without tiring over the reflection of the flames on the walls of his dwelling; convinced of the impossibility of proving to him that his house was not burning we abandoned him to his fruitless occupation.

Bah. I grind my heels into shoes worn down. I hate it that Auden toss’d out the early vehement things, all that sweet soar of rhetorical finery that does move one into a place nearer the authentic:

Today the inevitable increase in the chances of death;
The conscious acceptance of guilt in the fact of murder;
Today the expending of powers
On the flat ephemeral pamphlet and the boring meeting.

Today the makeshift consolations; the shared cigarette;
The cards in the candle-lit barn and the scraping concert,
The masculine jokes; today the
Fumbled and unsatisfactory embrace before hurting.

The stars are dead; the animals will not look:
We are left alone with our day, and the time is short and
History to the defeated
May say Alas but cannot help or pardon.

Stumbled up against a man whose singing is utterly impeccable and convincing. The old Chambers Brothers thing.