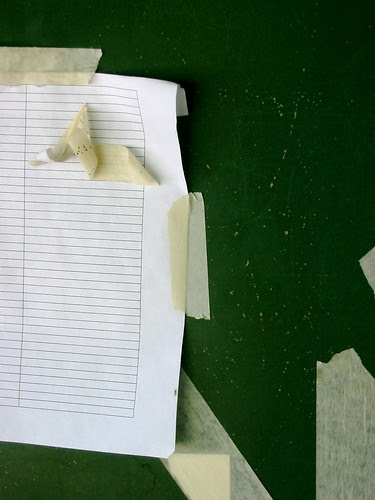 Ah, the pettifoggery of the shopkeepers, that mercantile class always polishing up the wares, keeping it clean. They band together for mutual assurance, future Rotarians, “the business of business is our business,” cower against any unfamiliar light, any hint of the untoward unflappable. They mimic the old ones, whose spawn they be, little candles, tremulous and guttering, having known only sweet approbation and its tender ruin. They do not know the pamphlet, nor the lash, and fear both uncommonly. They fear the commons itself. It’s okay, I want to say, the world runs forth out of the skulls of tiny birds too. The world is fuel’d, too, by the minions and kin of fools. And it’s too late. The hummingbird’s forsook the trumpet vine in a greeny blaze. The chicory blues sour the spunk-water’d ditches. Le livre est sur la table. And in the final puckish orange of yonder sits a huddle of accountants, Watten tabulating the wrongs, Sullivan balancing the slights. “Moon, be new to night.”

Not curios of the now, nor its measure—the now itself in all its truculence and imperturb. As Williams says: “round, round, a round world E pur si muove.” He’s pointing to a way of proceeding, and to Shakespeare, “a man stirred alive”: “The unemployable world of his fine head was unnaturally useless in the gross exterior of his day—or any day.” So that when he (Williams) gets to the recognition (in The Descent of Winter) that

The difficulty of modern styles is made by the fragmentary stupidity of modern life, its lacunae of sense, loops, perversions of instinct, blankets, amputations, fulsomeness of instruction and multiplications of inanity. To avoid this, accuracy is driven to a hard road. To be plain is to be subverted since every term must be forged new, ever word is tricked out of meaning . . .

he’s decidedly not calling for mimickry of that gimcrack jerkwater world, the kind of thing one’ll haul down off the flat screen and bottle for an elixir (recall how “cupidity . . . blights an island literature” and how Britain is only one of Williams’s targets, others’d be the “mediaeval, formal, dogmatic, the scholars, the obstinate rationalists—“). Williams is clear what’s required: “a man stirred alive, all round not minus the intelligence but the intelligence subjugated . . . to the instinctive whole.” Not—one assumes—piecemeal afterthought assemblaging, not tweezer’d up oulipovian delicacies, not handholding coteries gumshoeing through cyberspace for words, not anything that lacks the core thrash and meat and cranny of a brainpan afire.

And: “The art of writing is all but lost . . . it is to make the stores of the mind available to the pen—Wide! That which locks up the mind is vicious.”

And: “I will make a big serious portrait of my time.” Against the inevitable endless sniggering and ribbing of the merchant class (bonhomie’s always good for the market), try saying that.