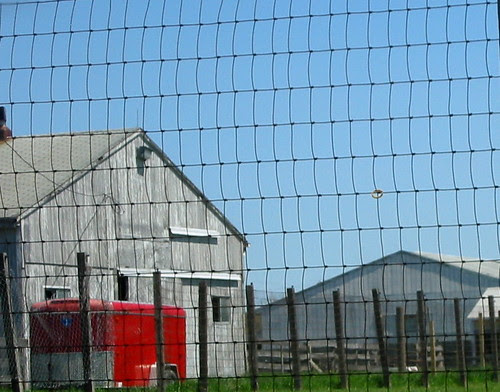 Is Rae Armantrout the likeliest poet because she is the least articulate regarding the source of her poetry? He stance, against the brash self-adjudicatory and -congratulatory noises of some of the other Piano contributors, is quiet, direct, humble:

One thing I can say is that I’m not sure where my poetry comes from. Let’s say there’s an invisible point in space with a peculiar magnetic resonance of some kind. Let’s call that resonance my poetry. I’ve always been afraid that, if I left that metaphorical spot and ventured too far towards _______, I wouldn’t be able to find my way back again.

That after confessing that—regarding “this new poetics that late came to be known as ‘language poetry’”—“I spent most of the 70s wondering whether I was in or out of the new nexus. (In that way it was a little bit like junior high.)” And rather skeptically detailing various moves and snubs by the (invariably) male “players”: “Apparently, it didn’t exemplify the poetics Barry was developing.” Or:

Ron . . . told me about a special issue of Alcheringa he was editing devoted to this new sort of poetry. He wasn’t including my work he told me, not because he didn’t like it, but because it didn’t fit. “Nonreferentiality” seemed, at that point, to be a salient feature of the new style. I even tried to write something nonreferential, but it was a dismal failure. I was pretty doubtful about what I was hearing anyway. I wasn’t convinced that language could be nonreferential and, if it could, I wasn’t sure I would be interested in the result. As time went by, nonreferentiality seemed to become a nonissue.

Likeable and precise about how memory works—one pickled particular in a slough of generality and “seemingness”—and how “poetics” (and fashion) works. Whetever did happen to the ’seventies It girl “nonreferentiality” anyways?

Except for a brief (and telling) anecdote about being spotted by “Barrett and Ron” whilst walking by a small Berkeley café, what Lyn Hejinian writes for the third part of The Grand Piano is a kind of brilliant explication of method and intent of Writing Is an Aid to Memory. She writes:

My motives in composing Writing Is an Aid to Memory were contrary to those of reminiscence; the work is neither anecdotal nor diaristic. I was aiming for something encyclopedic; I was interested in epistemology: in consciousness, in knowledge, in the ways that knowledge is organized and structured.

One learns that one of the “structuring principles” of the book is “alphabetical, in imitation (or acknowledgement ) of that of standard reference books. The text was written on a typewriter, with its nonproportional spacing—all lines beginning with a are placed flush against the left hand margin, lines beginning with b start one space in, lines beginning with c start two spaces in, etc.” Hejinian relates how the book is “built of phrases, some generated out of my imagination, others culled from books”—and points to a marginalia line out of My Life as “something of a precursor”: “If there’s nothing out the windows look at books.” There’s a wonderfully precise recounting of method and its way of determining result:

I opened books at random, scanning the left margin for suggestive words or phrases and writing them down on sheets of paper or on index cards, along with phrases of my own that came to mind. There was no conceptual motive for restricting myself to the phrases along the left margin of the pages, but it had the practical benefit of keeping my attention on phrase units rather than on larger semantic units (the ideas being articulated in the books). It’s because I was scanning only along the left margin of the pages that Writing Is an Aid to Memory includes a number of part words, many of them suffixes: “ness,” “civious,” “glish,” “cerns,” “duce,” “mena,” etc., and morphemes like “deed,” “chant,” and “poses,” that are words as well as possible word-ends. Where words or not, these are memes of a sort—small bits of cultural, as well as linguistic, information. Memes were the building units out of which the work was composed.

(Too, Hejinian responds to the 1999 Poetics List discussion—initiated by Jeffrey Jullich, and rehash’d in Barrett Watten’s The Constructivist Moment—regarding the complete originary word for the part word “deen”: “my best guest is that it completes the title of Husserl’s Ideen (Ideas).” Thus putting the kibosh on my own unsung candidate: “mujahideen,” though in 1977 the word may’ve only enter’d the lingo of CIA “handlers” in Afghanistan.)

To note: Hejinian’s sterling paragraphs—discussing aphoristic propositions that emerge in the aphoristically-titled Writing Is an Aid to Memory, “animals have humps of dignity sitting pure” and “arts is several branches of life,” amongst others—about how syntax is capable of triggering “rhythmic events as much as semantic ones” and how the “temporal variation of cognitive units” within written pieces—“poses of building”—can be work’d precisely for the “musical possibilities of suspense and resolution, not so much for their affective power (though,” Hejinian writes, “I envied music that) as for their logical power.”

Back to the “telling” anecdote. Circa 1977. “Barrett and Ron” spot Hejinian (who’s just recently moved, out of rural Mendocino County “back to Berkeley”) and ask her to join them for coffee at the café where “immediately one of them—I don’t remember which—remarked that they had just been wondering if I had read Milton.” Hejinian:

I, in turn, wondered if the question constituted some kind of test, in which case there was a right and a wrong answer. Something was at stake, not only with respect to whatever future friendship I might have with them but with respect to my relation to myself. I was poised between the past and the future. I hardly knew either Ron or Barrett. I felt vaguely inadequate to the situation but consciously pleased by to be sitting with them in a café. I was certain that knowing them was going to be important. I had read Milton and said so and never learned the significance of the question.

Is there just a hint of Tweedledee and Tweedledum in Hejinian’s portrayal here of seemingly interchangeable “Barrett and Ron”? Some mysterious club being form’d, complete with initiatory rituals, codes, tests? Is there an unsung sexual politics to it? (Is Hejinian’s feeling “vaguely inadequate to the situation” a mirror of Armantrout’s junior high metaphor, “wondering whether I was in or out of the new nexus”?) It’s likely that in examining interior rifts and differences that a more honest history of the “front de l’Ouest” of the Language bunch’d emerge, no?

Jonathan Williams quotes Poe, in “Ligeia,” quoting Bacon: “There is no exquisite beauty without some strangeness in the proportion.”