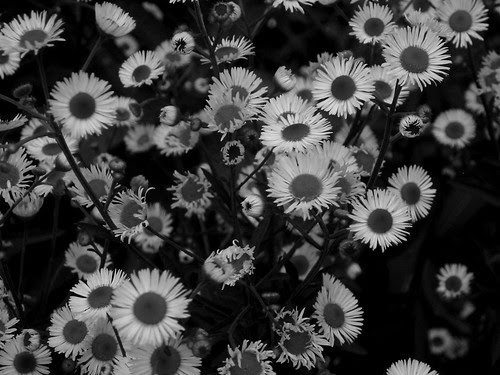 Rain, a sloth-slow drubbing rain, lasting through the night and into the day. A few days home—puttering through the expendables, empty-head’d. “Everything is expendable.” Summer is disgathering, it deployments unbunching. Emerson writes how “one man is a counterpoise to a city,” a marked solitude “more prevalent and beneficent than the concert of crowds.” Yeah, there’s that. Hermitry’s suck at the addlepate. Memories of The Underground Man, that inevitable circle and recircle out into community, the stolid refusal of its terms. 2 + 2 = 4, c’est un mur. One is banging one’s square inhabit’d head against. And there’s Williams’s taunting of Eliot in “East Coocoo,” seeing, though, how we “split / hairs in internecine wars” and go, disgathering:

And we too shall die
among the rest and the brave
locomotive stand falling apart
untended for a thousand years.

Or (Williams again, out of Spring and All):

It is only in isolate flecks that
something
is given off

No one
to witness
and adjust, no one to drive the car

Though (there is) the rare muddle caught in the updrafts of speech, or the downturns of a slaughter’d music. Overheard, witness’d, hence “antennae.” The stamina of the art lies beyond its claimants impractical, its jokers doctrinaire, its practitioners mere. Lies in the clots of words unclotting at its great centers (these do not necessarily overlap with the self-assured grinding metropoles), in the hubbub chaotickal of its users, not its meagre miners and groupthunk no-longer-attentives. Emerson to Margaret Fuller: “at the name of a society . . . all my repulsions play; all my quills rise and sharpen.” The old clowns continue clowning, done with the uses of provocation. Enough about that. (Polite form of “Sod off . . .”)

There’s, too, that thing about the self one keeps circling, poking its slipperiness with a stick, trying to apply it to the present moment, one of seeming full-fledged political and ethical flight, considering the lack of any mass movement against the illegal, unprovoked war in Iraq: “the difficulty of maintaining one’s integrity and trustworthiness—of holding any coherent or consistent aesthetic, political, or ethical position—once mobility has been canonized as a supreme value.” Mobility: an unfix’d self, an inessential fluidity. To weigh (counterpoise) against which, one’d put Emerson’s own words (out of “Intellect”): “How wearisome the grammarian, the phrenologist, the political or religious fanatic, or indeed any possessed mortal whose balance is lost by the exaggeration of a single topic. It is incipient insanity. Every thought is a prison also.” Out of Andrew Epstein’s Beautiful Enemies: Friendship and Postwar American Poetry (Oxford University Press, 2006). Where’s the balance between a defiant position took unsubsiding, press’d forth in “incipient insanity” against the insanity of the war, and the

And up out of the river sludge of recent rains cometh high-floatingly a bottle, green-glass’d Coca-Cola, stopper’d, containing a mysterious note:

Like a Tibetan monk endlessly spinning a prayer wheel, Ron Silliman, with prodigious virtuosity, goes over and over the whole history of la poesía norteamericana from Poe to The New American Poetry, dropping down into abandoned gorges and irrevocably twisting the meanings of accepted terms. The history of poetry in these States, a history that is, accordingly, a destiny has never attained such terrifying clarity as in Silliman’s analyses. It is, to be sure, a clarity gained at the price of much violence and injustice; it is a destiny retouched by a masterful cosmetician so that its line leads directly to the threshold of Silliman’s place in Paoli on the Main Line outside Philadelphia.