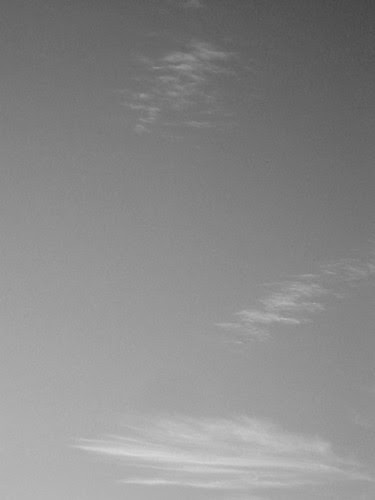 Signs of end of summer wall-eyed drift and insouciance: a new hero daily. (Ah, my durable adolescence, one half-century of indiscriminant literary rutting!) My new hero: Julien Gracq—“whom” “I” “do” “not” “know”—as James Tate, hero of my youth, so memorably put it, prior to the onslaught of the mud-blood terminal irony that ails “us” now. Truth is, I confuse Julien Gracq with Julien Green, who is, I think, of norteamericano parentage out of Virginia, who in the ’twenties manoeuvre’d, yea, pilot’d Southern gothic into the French literary landscape. (Say nothing of Juliette Gréco, up out of the Hérault to become chanteuse of the Saint-Germain boîtes and lover of Miles Davis.) Whom I do not confuse with Juliet Berto, “bell’ attrice,” as Frank O’Hara’d put it, fetchingly. (A complete inhabitable morosity of proper names is about to solicit me into endless anxious troping—as if I were looking into Chapman’s Iliad: “Hath any ill solicited thine ears / Befall’n my Myrmidons?” Whatever that means.)

Julien Gracq. About whom: nearly nothing. He refused the Prix Goncourt in 1951. Born in 1910 in Saint-Florent-le-Vieil. Still, apparently, “with” “us.” “Julien Gracq is a majestic, retiring, and misunderstood figure in French literature.” (I am reading cover copy.) A handsome fat loaf of a book titled Reading Writing (Turtle Point Press, 2006). Being a translation by Jeanine Herman of En lisant en écrivant. Gracq, too, tends toward the aphoristic, the pert and point’d. Here, out of a piece titled “Writing”:

Even in prose, sound has to be able to stand up to meaning. You cannot be a writer without a sense that sound, in words, comes to ballast meaning, and that the weight it is then endowed with can lead it legitimately at times into strange centrifugal excursions. Writing, like reading, is movement, and as a result the word behaves like a moving object whose mass, however reduced, can never be taken for granted, and can noticeably inflect the direction.

Apt, succinct, that is, not overwrought, scientism pushing its physical nose up against the cloud chamber of literature, just to see how the particles behave.

One senses a number of pertinent arguments against Valéry, the Valéry who wrote, “I am too swift—too precise, to tell stories. I operate in exactly the opposite fashion, sweeping the narrative aside. The glittering outcome weights down on me. I am not good at lingering.” The Valéry who complain’d about the novel’s arbitrariness and “multiplicity of possible variation.” What Gracq says about the novel in reply points back:

What is truly irritating about the novel to minds obsessed with precision—Valéry’s, for example—is not what they say it is (and what it is not), it is the imposing delay in elucidating its methods, in comparison to poetry, which is more finely dissected. It is not naïveté or the vulgarity of its procedures and pretensions, it is the unequalled complexity of interferences and interactions, premeditated delays and modulated anticipations that work toward its final effectiveness—a complexity and entanglement such that they seem to add a dimension to the literary space, and, in the current state of “the science of letters,” allow only instinctive piloting and the hazards of navigation with no visibility. Everything counts in a novel, just as in a poem: Flaubert knows this (though Valéry thinks him stupid), and he does not cross out any less, or any less meticulously, than Mallarmé. But the field of combined forces that the novel represents is still too vast and too complex today for any sort of precise intellectual seizure, and the calculus it would require has yet to be invented.

I love that. Any partisan of the “supreme fiction” of la poésie’s generic unassailable superiority to the novel ought better measure what size “intellectual seizure” ’s own “mind-forg’d manacles” be capable of. (To put it indecorously.) There’s nothing inherently undoable in any kind of writing.

Elsewhere Gracq asks, regarding Stendhal, “who read The Red and the Black when it first appeared?” And notes: “The book used one of the recipes that will allow a masterpiece to go unnoticed for a long time: an archaic packaging entirely undermined from within by a corrosive temperament and an original sensibility.”