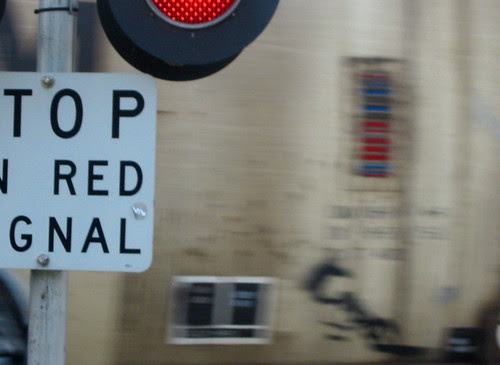 Laura (Riding) Jackson’s sporadic—uneven—mighty writings. A whippet-quick tongue interrupt’d by smudgy vagaries, the wash’d out residue of too certain certainty. Certainly (to carry forth like a mimic thrush that particular bird-twitter of a word—after all, (Riding) Jackson did complain that “As the best in language we hold up to ourselves high-purposed verbal models, that, intended to lift up the hearts from the down-weighting of ordinary speaking-custom, swell them up with the vanity of the word, which turns a human being into a speaking bird and the listeners into would-be changelings”—and she didn’t like that one iota, it bother’d her rectitude, unbalanced her truth-seeking)—certainly, I say, the 1928 Contemporaries and Snobs is pack’d with audacity, a happy romp through the pale pretensions of the era. “Ought to be required.” I suspect, though, the later (Riding) Jackson would’ve mock’d every poetickal word I write, and’ve written. She—with her own yowser’d verbal panache, mocks “solemnified linguistic frivolity,” all displays of “verbal ingeniousness,” “poet-idiosyncracy of statement-style” and “extravagant auditory enterprises”—amongst other poet-ruses as unbefitting, indeed, blocking, any “way-of-access to truth.” Which is, to my way of thinking (“my way of thinking”?—rich, that is, considering the way I am pelt’d by noisome cadaverous shells of former words, dropping down into the brainpan like locusts, fat-saturated satyrs of truth incombustible, meaning, do I even think?)—which is to say, is (Riding) Jackson calling for something akin to buttering one’s daily bread with Hans Arp’s famous “bladeless knife from which a handle is missing”? Perhaps she is, “and wouldn’t be the first.” Nevertheless, reading (Riding) Jackson in a troubled minor funk, fed up with lies and slurs and showboating and power prestidigitations (“disappearances and refusals”) and self-appoint’d high wankery and (mostly) obsequious toadies, I cotton’d nigh-absolutely to a (Riding) Jackson piece titled “Poetry As Image of Poetry,” here in its entirety:

I have declared that poetry had exhausted the possibilities envisaged in the vision of the utterable that engendered it, and become a stage for postures of poetic utterance, contests of skill in exhibiting vision of oneself, and oneself, as theme of the uniquely all-utterable. And I have pronounced on the male temper of this invention, this poetry of a relativity of innumerable absolutes, varied with female reiterations of it in the proud rhetoric of a new petulance of the self. The literary consequences are disguised in poetic ceremonials in which the striking of notes of the music of the self is mingled in with the sounding of rhythms of meaning, as if enhancing them. But the music of the self devours the music of meaning. The product is neither something spoken nor something sung. It is a playing upon language, as an instrument borrowed from life, to make the players seem alive.

Damnably correct in a certain milieu. And I am willing (able) to do it, too. It’s sure to draw a crowd, “everybody loves a self splay’d out talk-tawdry.” What I prefer, though, is listening to the finger-sized bugs drop out of the big oaks into the drench-stories of under-noise (that constant babble). What I prefer, is making a kind of mild goulash, paprika’d with wit, of that mess. I prefer writing with no inkling of audience, in trance-apple quietude wherein, I can note the exact moment when the quivery probe of the yellowjacket pierces my skin, red (I am the apple). What I prefer, is the aimless (reckless) drone-hebetude—the son filé, that long-sustain’d bowing of the tiny quotidian, minuscule event after minuscule event, and no meniscus of self-music intervening. “And yet.” (To quote Theodore Dreiser, the worst of the “majors.”) Push’d into the political world—the world of actions deplorable undeplored (“complacency reigns in the avant-garde suburbs and all is right with the world”)—I’ll push my bee-stung physiog—a red welt’d, knobby, weltanschauungen’d horribilis thing right into the heart of the music, and spit.

Here’s a little story. Yesterday I sent another note to the Poetics List. Here it is:

An announcement. Unpost’d. Zilch. Nada. Rien. Niente. The obsequious toadies refused it for reasons not forthcoming. Is it because I post’d a picture of Charles Bernstein wherein he bears an uncanny resemblance to Dick Cheney? (Perhaps. The avant-garde is known for its overblown self-regard as much as for its cupidity in some quarters. Vanity, thy name is legion.) One can only guess. (Perhaps it’s a form of anarchy, brilliant aleatorick’d quashing, tipping the apple cart at odd hiccupy moments, Dame Tyche-Fortuna frowning down like Edith Sitwell—“not that post,” as if it were a turd—just to remind one how art is like life, unpredictable and wayward.) Again: Write to the deferential toad. Write to the king of the anurancy, she who does the job of snagging incoming bugs with a long sticky tongue. Open the list to all. End the censoring.

Because in the cobwebby reaches of my cranial cave-system, something perk’d in thinking about (Riding) Jackson. All that questionable nonsense (a term used loosely) about accessing “truth.” As if poetry were “design’d” for that. Somehow it remind’d me of William Matthews’s “short but comprehensive summary of subjects for lyric poetry”:

1. I went out into the woods today and it made me feel, you know, sort of religious.
2. We’re not getting any younger.
3. It sure is cold and lonely (a) without you, honey, or (b) with you, honey.
4. Sadness seems but the other side of the coin of happiness, and vice versa, and in any case the coin is too soon spent and on we know not what.

Against which cartoons of the “essential verities,” one pimps for truth-access in “form”—“Language sure is a mess and so is my poem.”

[The (Riding) Jackson material is out of The Failure of Poetry, The Promise of Language, edited by John Nolan (University of Michigan Press, 2007).]