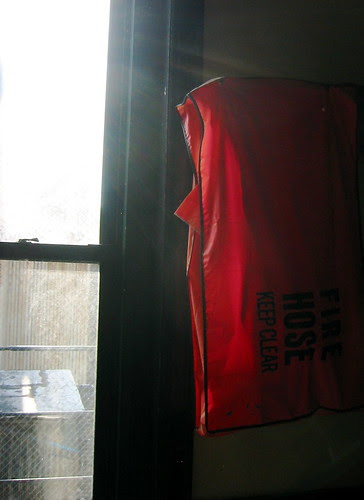 That photograph of the nouveau roman authors, choreograph’d (rather poorly—it looks as if they’re all about to walk away muttering imploringly about the absent gods, or the goddamn random autobus en retard) by Jérôme Lindon of Les Éditions de Minuit, where Robert Pinget is trying to expel enough smoke to hide himself behind. “It’s a pity he didn’t think of becoming an author. At least he’d have one certainty today, that of being unknown.” Says Monsieur Songe.

“Monsieur Songe says I am gradually losing my hearing, my sight and my memory. What shall I have left to die with? My sense of smell? How ghastly.”

Pinget insists that the aphorisms and sketches of Monsieur Songe accumulate out of laziness. “For twenty years I have been finding relaxation from my work in scribbling these stories about Monsieur Songe.” Stories “which, I repeat, are a divertissement.” Adamancy that carries a dodgy charge, a self-mystificatory lurch, a side-step. (Is it obvious to everyone how apt the Pinget stance is, considering Il Consigliere Isola’s scribbling here? Adamant dodge against the requirements of ever writing another poem again?) Pinget:

He is obsessed by the idea of it being his duty to tackle a work of the imagination in order to forget his journal, which is enfeebling him. But isn’t this just an illusion he is cultivating? What good would it do him to abandon his little daily jottings to go cultivating chimeras? Wouldn’t that be trying to bite off more than his nature can chew? Has his nature any chance of rising about that level?

Is David Markson a Pinget reader? (Something about the tone—half-whine, half-monkeyshine—of the aged narrator in Monsieur Songe.) And the clip’d off syntactical abrupt:

Does the boredom of the duty to express oneself exceed that of the duty to remain silent? You’d need to have your back to the wall to be able to decide this, but it wouldn’t be the same wall in the two cases.

Nothing to do with the dilemma ought he or oughtn’t he to.

And what momentary slippage in the neural fortress makes the ending of the following, one of many beginning “Note for novel,” so capacious like an empty summer day fill’d up with insect noise, that dying summer solace of sneer and chitter and solo?

To take the place of the plot, to fill out the text, an accumulation of little actual experiences, the whole accompanied by commentaries on the hazards of existence or even spiced with psychological interpretations. Introducing psychology. And here and there slip in a scientific term, a literary reference, an interpolation by the narrator, in short enough to provide the would-be enlightened reader with something to think about. A certain obscurity, the fruit of misguided reasoning or alembicated syntax, will do no harm. And then make up for it with a delightful phrase that opens out on to distant prospects, as evanescent as they are nostalgic.

Inevitably, reading that, I am in my own sweet fern and swamp-water olfactory din of childhood, troubled by precisely what word or combo deliver’d it up. “Distant prospects” goes a little Proustian, though Nietzsche’s “From what you would know and measure, you must take leave, at least for a time. Only after having left town, you see how high its towers rise above the houses” lifts up its shaggy occipital for a grunt, too, and some Etonian horror out of the dull annals of British verse . . . A pleasant mystery to me, knee-deep in black river-mud, here where the damselflies go laboring by, working disjoint’dly . . . As Williams says: “The secret of life is to do useless things with the utmost vigor.”

A morning stir in the cranial muck. How Milan Kundera (another moralist), after noting the French weight the word “collaborator” carries, saying: “All those who extol the mass media din, advertising’s imbecilic smile, the neglect of the natural world, indiscretion raised to the status of a virtue—they deserve to be called “collaborators with modernity.”