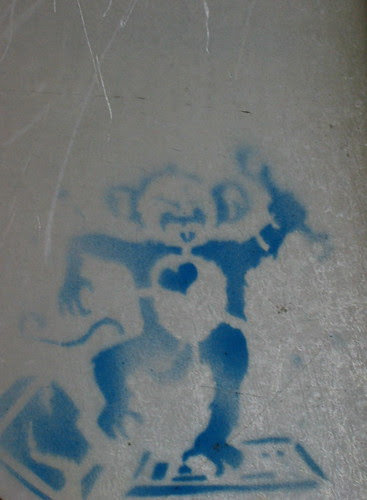 Ended Absalom, Absalom! with the distinct sense that the thing one ought do is recommence, putting it’s finely-accrued revelations to use immediate. And didn’t. I am stingy about rereading. And, truthfully, Absalom, Absalom! ’s got its longueurs, its spots where the hardpan road goes a little soft with repeat traffic. I fetch’d north with Go Down, Moses in my rucksack, and the John Wieners Selected Poems, 1958-1984, and the new David Markson, The Last Novel (Shoemaker & Hoard, 2007). And end’d up nibbling away at the latter, perfect snack stuff. Truth is, I grow increasingly less enamour’d of Markson’s late fiction, or “seminonfictional semifiction . . . with its interspersed unattributed quotations” as he particulars it, here. Combination of interchangeability of content (I swear some of the factoids repeat, and the bemused-at-one’s-own-ironizing pedantry certainly does) and the limits of its form. A sense of which—starting, negligibly, or less baldly, with Wittgenstein’s Mistress (1989), and coming into full force with Reader’s Block (1996), This Is Not a Novel (2001), and Vanishing Point (2004)—is retrievable in a short excerpt off nearly any page:

Albert Pinkham Ryder dressed so shabbily that now and again people attempted to hand him loose change as he walked the streets near Greenwich Village.

The artist must live to paint and not paint to live. He should not sacrifice his ideals to a landlord.
Ryder said.

Nobody wants his mule and wagon stalled on the same track the Dixie Limited is roaring down.
Said Flannery O’Connor—apropos of being a Southern writer as a contemporary of Faulkner’s.

Among the many paintings in her Paris flat, Gertrude Stein had two exceptional Picassos.
If there were a fire, and I could save only one picture, it would be those two. Unquote.

Victor Hugo constantly made notes about everything—and would turn aside in the middle of a conversation to scribble down something he himself had just said that he realized he might possibly later be able to use.

You see. And interrupt’d de temps en temps by lines regarding “Novelist.” Such as: “Moments in which Novelist does something like leaving his desk to retrieve a book from across the room—and finding himself staring vacantly into the refrigerator.” Interrupt’d even more rarely by “Old. Tired. Sick. Alone. Broke.” Which keeps reminding me of Ian Hamilton Finlay’s Poor. Old. Tired. Horse., a magazine in which Lorine Niedecker appear’d. Causing Reader to think Novelist ought to count his blessings he’s not scrubbing floors in a county hospital.

Markson’s anticipated the charge of repetitiveness. He slaps it off untroublesomely with some high-spunk’d auto-puffery:

Reviewers who protest that Novelist has lately appeared to be writing the same book over and over.
Like their grandly perspicacious uncles—who groused that Monet had done those damnable water lilies nine dozen times already also.

Though rather unconvincingly. Considering the aggrandizement necessary to equate Monet’s études nymphéatiques et nénuphariques with a gambit of biographical tidbits for short attention spans. Reader is tempt’d to mention People magazine, or supermarket checkout lines.

Okay: what I hold roughly against Markson (or Novelist—the seam between the two may be more evident than I allow) is an unseemly sense of self-worth, entitlement, that sterling presumptuousness. There’s a point where Markson indicates that Nathanael West’s Guggenheim application got turn’d down—“Guess.” is how it’s put in the litany of obvious failures and oversights—even “with recommendations from Scott Fitzgerald, Edmund Wilson, and Malcolm Cowley.” Which Markson humbly follows with:

Too, a damnable tendency to ape what sounds like right-wing talk radio idiocy:

A post-Mao version of the Long March—which implies that forcibly conscripted porters carried him on a litter for much of the 5,000 miles.

Yasser Arafat was reported not to have read one book in the last forty years of his life.
But to have spent innumerable hours enrapt by Tom and Jerry cartoons.

Possibly part of a trend of anti-Arab sentiment in evidence in The Last Novel. Reader ’d note. Markson’s maligning of Wallace Stevens’s work (its “percentage of pure drivel) and smug mockery of Bob Dylan’s, is no help.

Still, a couple of prizes in the crackerjacks. My unfound’d general distrust of Dryden found meagre confirmation here:

Scarcely intelligible, Dryden labeled Shakespeare’s language.
Quote: His whole style is so pestered with figurative expressions that it is as affected as it is coarse.

And learning that Byron’d manage’d—in Don Juan—to rhyme “intellectual” with “hen-pecked you all” served me undue dollops and degrees of merriment.