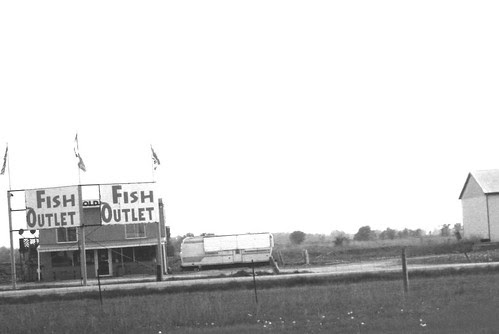 Huntington Cairns, whom Pound calls ‘HUNT em down’ or ‘Hunt and DAMN’, visits St. Elizabeths again: ‘I asked him if he detected anything worthwhile in the younger poets and prose writers. He refused to answer the question on the ground that no critic can judge the new generation. I asked him why, and he said because you cannot see your own tail.’

Which is likely precise enough, and may go a way to explain some of the poorer choices our error-prone eminences grises make in puffing up various kludged-up-rodeos of inimical dreck. Force-fed superlatives in lieu of finicky exegesis—that’ll always turn around and bite one’s ass.

That’s hardly the topic. The book is. Halsey and Selerie (for a period there I suspect’d them of being one person, but then, I think that about “nearly everybody,” it’s call’d the “Pessoa hazard”—did you know pessoa means “person” in Portuguese, just as personne means “nobody” in French, and johnson means joie de vivre or “Jim Johnson” in English, did you know that, according to E. E. Cummings, W. S. Gilbert once rather musically remark’d to Arthur Sullivan that “when anybody’s somebody everyone will be nobody”?), who both slid effortlessly into the world in 1949, in drab-scavenged post-WWII England, collaborated in honor of the approach of the half-century mark, mutually assured. Days of ’49 is a terrific hodge-podge of poems, prose pieces, typographical mischief, Halsey graphics a little like Max Ernst collages in La Femme 100 Têtes (“The Hundred-Headless Woman”—hardlined and precise, Selerie graphics reminding me (somehow) of Ray Johnson with a misaligned typewriter and charts and cartoon panels and stamps and rubber stamps, wacky period-piece photographs (beauty queens, UFOs, post-war apparatchiks, Eddie Cochran-style rockers), and “Raised Document” quote-collages, mostly of writers and artists. (It is the first of these—of four—that supply’d the Pound lines.)

“Raised Document”: things that occur’d in 1949, month by month, raised up out of history’s shallow grave. “Raised,” too, one thinks, in the sense of embossed, the way a notary’ll plant a seal into a page, history made official. Documents counterposed against the imaginary substrate, the “stuff” of revery and memory, all the accumulated detritus a year gathers to itself, or a life does, all the particulate that’ll perish, “unofficial.” Apropos the book begins with a several-page prose “Bardo Panavision 1949,” as if pulling down the feral immediacy that resides in the ether, in some celluloidal or pixel’d “in-between state” akin to national consciousness:

The first thing I noticed were these women smoking in the streets. A dull white light. The recent account of rioting in London at political meetings and increasing misuse of words such as ALIBI. MERCHANDISE. HOSTESS. FANTASTIC. Meat made from molasses called TORULA. Reporters reporting third person. A dull pea-green light. THIN they like to say AS VITAMINS. Modern art etc.

Watch them doing the maxixe at Maxim’s. The fallacy father says it’s called of accidental resemblance. He stickled for a lockout not a strike. Canasta to rummy what bridge is to whist. Bright sparks and hotter. To fly airliners over the weather. Bound to admit the danger of war this year and the years to come. Two born every three seconds makes twenty million extra every year. All began at Casablanca. If they use atomic find a ditch and a doctor, take three or four showers.

It’s a mesmerizing piece, swift intricacy of juxtaposition to the “Raised Documents” slower gait, the broken-field running gait of larger pieces moving—paragraphs jostling one against another. Some of the correspondents and contributors besides Pound and Cairns: Simone de Beauvoir, Nelson Algren, Dylan Thomas, Malcolm Lowry, Jack Kerouac, T. S. Eliot, Jean Rhys, Wyndham Lewis, Djuna Barnes, W. S. Graham, Samuel Beckett, Nancy Mitford, Basil Bunting. One learns that, according to Kerouac, Robert Giroux, after visiting Pound at St. Elizabeths (with Robert Lowell), on leaving got shout’d at by Pound: “Where are you going? Aren’t you eligible?” And, Kerouac: “He [Giroux] hitch-hiked with me so as to understand ‘On the Road.’” And, a measure of something in a London report of fuggin’ Norman Mailer’s first novel:

THE SUNDAY TIMES has received for review a book entitled “The Naked and The Dead” [which] is announced for sale here tomorrow week. Mr Mailer is a writer of exceptional gifts and much of the book has real value, but large parts of it are so grossly obscene that it is quite unfit for general circulation. No decent man could leave it lying about the house, or know without shame that his womenfolk were reading it. . . . In our opinion, “The Naked and The Dead” should be withdrawn from publication immediately.