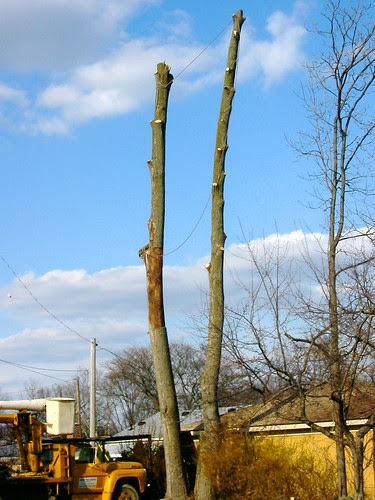 Giacometti: The more I looked at the model, the more the screen between his reality and mine grew thicker. One starts by seeing the person who poses, but little by little all the possible sculptures of him intervene. The more a real vision of him disappears, the stranger his head becomes. One is no longer sure of his appearance, or of his size, or of anything at all. There were too many sculptures between my model and me. And when there were no more sculptures, there was such a complete stranger that I no longer knew whom I saw or what I was looking at.

How that ramble—by an artist, a kind of “poetics” concerning the way “history” intercedes to clutter vision (cf. Stein’s “I’m no fool. I know that in daily life we don’t go around saying ‘is a … is a … is a …’ Yes, I’m no fool; but I think that in that line the rose is red for the first time in English poetry for a hundred years”), a history that is not exactly History itself, more a history of forms, of response—that is, art—how all that changes, drops away, out of its fusty quotidian “stance” when placed within a couple of pages of:

On May 13, 1985, in West Philadelphia, after bullets, water cannon and high explosives had failed to dislodge the occupants of 6221 Osage Avenue, a bomb was dropped from a state police helicopter and exploded atop the besieged row house. In the ensuing fire fifty-three houses were destroyed, 262 people left homeless. The occupants of the row house on Osage were said to be members of an organization called MOVE. Eleven of them, six adults and five children, were killed in the assault that commenced when they refused to obey a police order to leave their home. A grand jury subsequently determined that no criminal charges should be brought against the public officials who planned and perpetrated the assault.

Which is only one of the things that John Edgar Wideman manages to do in’s 1990 novel Philadelphia Fire. Which I pull’d down off a shelf after some “chaos in the soul” descended, caught me up with its unmistakable tiger claw grip deep in my solar plexus, shook me, and dropped me like a dog, like un catcheur. Chaos “caught” after reading a new book of poems by one of the young Turks of the new hegemonic avant—a book wherein there seem’d not a kiter’s worth of verbiage that had need of being written. Total dud check. Dishonesty’s grim reek.

So, a kind of version of and against James Wright’s rather defeatist “Depressed by a Book of Bad Poetry, I Walk Toward an Unused Pasture and Invite the Insects to Join Me,” the one that begins:

Relieved, I let the book fall behind a stone.
I climb a slight rise of grass.
I do not want to disturb the ants
Who are walking single file up the fence post,
Carrying small white petals,
Casting shadows so frail that I can see through them . . .

I plow under my turpitudinous rage (Dylan: “I keep seeing this stuff and it just comes a-rolling in / And you know it blows right through me like a ball and chain . . .”) What I wrote (as if one had any “justificatory”—thank you, Bruce Andrews—need in the matters of one’s contempt):

Reading it partly for some presumed relation between it and Don DeLillo’s new (unread) Falling Man, how one tackles the brutally topical. Reading it (and fiction in general of late) largely out of fatigue, one’s tiredness with the avant-whatever’s merely formalist shifty-feints and stirrings . . . Tired of the tidy quote-noted end matters, tired of the ruse of several poems with the same title, tired of the neologistic inadequacy displays—those tattoos of the present moment, tired of the fragmented dip and swerve of studiously “flat” lines, tired—per contra—of the scuzzed-up figurations of tarnished brilliance, the no-language language of downloads, the self-prettying narcissism and self-consciousness of “the daring,” the gringo richesses sponsored by information management CEOs, the untutelary scientific gumbo of the rebarbitive Brits, tired of all the jism and spit of an age of war that doodles along neglectful, what war? I absolutely do want to disturb the ants, the peaceable academickal kingdom of grunts soldiering along with they Fence subscriptions, carrying the tiny white petals of they submissions, they chapbooks, they books of proper shadows, they frail . . .

As if one had any need to defend reading John Edgar Wideman.