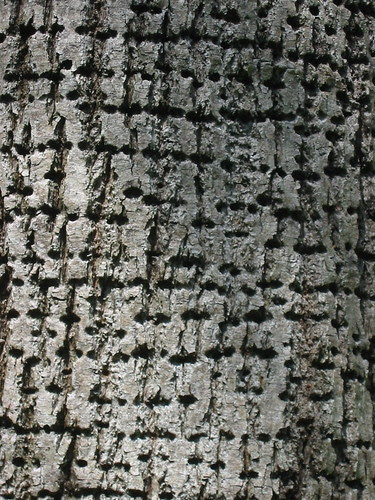 Yard work: carting three cubic yards of topsoil one side of the lot to the other. Sawing up down’d oak limbs. Putting in a lilac, lavender, unbudded. Aimless shreds of half-thinking, no-thinking, a semi-zonal state, akin to writing. Kept thinking—wrongly—of the final lines of a Charles Wright poem out of Chickamauga. Thinking it something about moving a word “from here to there.” Look’d it up. Turns out its title is “Yard Work”:

I think that someone will remember us in another time,
Sappho once said—more or less—
Her words caught
Between the tongue’s tip and the first edge of the invisible.

I hope so, myself now caught
Between the edge of the landscape and the absolute,
Which is the same place, and the same sound,
That she made.

Meanwhile, let’s stick to business.
Everything else does, the landscape, the absolute, the invisible.
My job is yard work—
I take this inchworm, for instance, and move it from here to there.

That “first edge of the invisible,” that’s where a terrible lot of work gets done, a rather hypnagogic place, pre-musical or (variously) pure-musical. Isn’t that silly thing attributed to Oscar Wilde, or (variously, and the whole of it likely apocryphal) Gustave Flaubert, underpinning Wright’s inchworm line? “I was working on the proof of one of my poems all the morning, and took out a comma. In the afternoon I put it back again.” One loves it anyhow: for hoisting the usually imperturbable petard (a word once interchangeable with “squib”) of “what hard work writing is” up on its “end.”

And, indoors then, and batting, as is my wont, at a surrounding landscape of books, I knock’d down a Wallace Stevens, and fetch’d home a nigh-perfect journal entry (May 2, 1906):

A half-misty Fantin-La Tourish night. The moisture and new leaves together fill the streets with a sweet, earthy perfume. — In town, I lunched with Walter Arensberg at the Harvard Club. Finished with brandied peaches and cream. Felt like licking the saucer. Borrowed a pile of books. — As I came indoors a moment ago, a cat stole over the porch, much like a mote in one’s eye.

The midriff of which—Arensberg, Harvard Club—the throwaway stuffing between two porkchops. It’s the “Fantin-La Tourish night” recalling the painting (Un coin du table, 1872) of Paul Verlaine and Arthur Rimbaud, with several other (apparently literary) men at the end of a soirée, Rimbaud with ’s back adamantly turn’d against the others, attending to Verlaine, who is intently tracking something occurring outside (forever outside) the picture’s frame, or something deep within the mad recesses of ’s finely domed, unimpugnable head, reddish hair cropped. And it’s the “mote in one’s eye”—akin, undoubtedly, to that thing Verlaine is pursuing. (Rimbaud knows writing for what it so undeniably is, a momentary seizure, a spasm, of no more import than an orgasm—he’s caught between flirting with the painter, being avid for the benefit of V., and being petulant for the earnest bunch of nobodies about to go bookish, slavishly bookish—with pipes!—behind.)

In the Stevens note, the cat is (mostly) Stevens himself, he who earlier “Felt like licking the saucer,” the Stevens who’d later keep trying to evade the discombobulated flash razzle-dazzle noisemaker he be:

The romantic intoning, the declaimed clairvoyance
Are parts of apotheosis, appropriate
And of its nature, the idiom thereof.

They differ from reason’s click-clack, its applied
Enflashings. But apotheosis is not
The origin of the major man. He comes,

Compact in invincible foils, from reason,
Lighted at midnight by the studious eye,
Swaddled in revery, the object of

The hum of thoughts evaded in the mind,
Hidden from other thoughts . . .

Out of “Notes Toward a Supreme Fiction.” Massy temptings to “put” all that—squib of my tired limbs—into some kind of alignment with the rare, or obsolete (though it may persist some in talking of horses), meaning of yard as “the virile member.” See the fourteenth-century John Wyclif-translated Bible (Genesis, xvii): “Ye shulen circumside the flehs of the ferthermore parti of youre yeerde.” See Snape’s 1683 Anatomy of an Horse, wherein Snape claims the pineal gland is “called the Yard or Prick of the Brain . . . because it resembleth a Man’s Yard.” That’d throw those last couple of Wright lines up against a whole ’nother orbital pole, or make that work a completely different bone of contention, no? 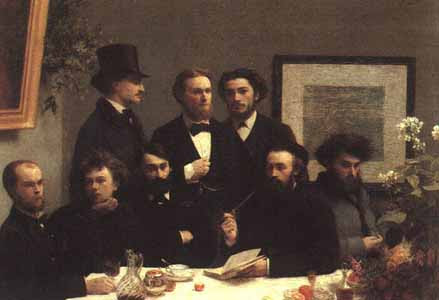