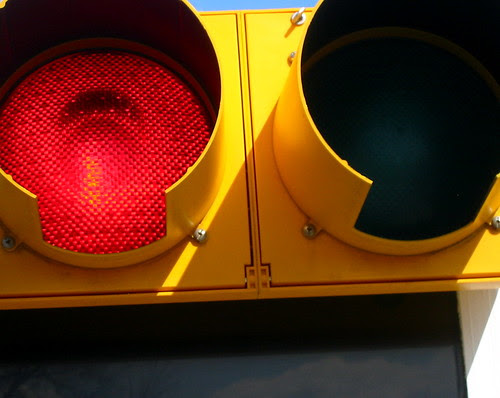 Friday in the dribbles. Meaning, a welter of disconnect. Looking into a couple of The Continental Review’s little image-repertory repeatables, I think: “mostly I am only curious what so-and-so looks like.” (The “texts” “illegible.”) So: there’s Tom Beckett in the middle of an Ingmar Bergman film. There’s Jon Leon doing a kind of crank’d up (amphetamine-illegible) version of Dylan’s “Subterranean Homesick Blues,” out of the D. A. Pennebaker film. There’s Allyssa Wolf looking either sultry or surly or petulant or fetching whilst lights come on and go off and words populate the screen, not the words of the voice-over. Conceptually notable, with “a welter of disconnect.” Is it simply that one is unaccustom’d to “reading” “text” thus? There’s a prior / parallel thing occurring with audio: Steve Evans’s Lipstick of Noise studies of particular readings, complete with “audia” demarcations (kin to Barthes’s S / Z’d lexia—“units of reading”) and “audia transcripts”—and, recently, Eric Baus’s To the Sound (Baus looking to “allow various issues related to poetry audio recordings and literary scholarship to emerge out of particular moments of listening”)—attempting to define a field. (I think of Dylan again: and poet’s of the future—“us”—stretching the vocables, sassing the vowellage, mucking up continually and uproariously our own read “versions,” creating an ornery inimitable “body” of audio texts, all of the same piece. All to deride and disperse any too pat voice-taming by the audio profs.)

“Many Things and Have Learned Nothing”

local, as a concept for the muck-a-mucks was lost. Local what, they
wanted to know, and left it mired in the dregs of their collective
morning shit. Even litotes could not serve as a filter, though it was
not uninteresting to think about the mawkish directors in a meadow
laced with red poppies, meandering amongst munchkins and forgetting
their lines. Let’s avoid the monomyth and reduce the pains of existence
to a simple cavity, easily filled by asphalt and frank sinatra. It
could be a mystery, mysteriously programmed by an unwitting messiah,
both maudlin and diligent. Exanimate conductors could field the lot.
Real estate clippings would promise unbeatable location and the daily
megabyte of poignancy, just enough to maintain domestic equanimity. As
is, it remains true that good fences are expensive and the neighbors
will most likely replace their dilapidated dwelling with a double-wide,
a locally manufactured mansion

That proceeds with astonishing assurance—reminding me as such a little of Jeni Olin, though Workman’s pieces a little less chock’d up with the detritus of popular culture. If the piece’s got an underlying procedural base, it’s not immediately evident. I thought briefly of a sort of Oulipo’d N+7 variation, some rather indifferent collocation of sentences with substantives replaced. Too “smart” for that kind of facility. That demolishing of Robert Frost at the end.

Dribbling Friday. Jon Leon is still looking for some explanation and recovery of the Diphasic Rumors poems he’d had in Volume 19 Issue 4 of MiPOesias. Nixonian stonewalling and / or a refusal to address the issue—preferring to see any attempt to uncover the truth of the matter as a personal attack—that’s been the response of just about everybody: editor Amy King (who’s voluminously malign’d anybody who’s approached her regarding the matter), publisher Didi Menendez (who’s maintain’d what can only be interpret’d as an animosity-filled silence), and editor of the particular issue Tom Beckett. Ron Silliman gracefully allow’d my lengthy exchanges with the Poetics List to be post’d here. For the record, since I’ve been accused, in Amy King’s response in Silliman’s comment box, of something less than forthrightness, of “failing to post the responses he received that illustrate the board’s support,” here’s the only response I ever had from any Poetics List board member, from Joel Kuszai:

I thought the original post wasn’t suitable for publication on the poetics list. The attack on Amy seems without foundation and without merit. As an attack on anybody it shouldn’t be posted to the list. It seems a private affair, and as “journalism”—without facts—it’s pretty ugly. “Vain schizoid commercial endeavor” is pretty lame and exposes the author’s own bias, don’t you think? Complaining about Amy’s seems silly to me. I’d be defensive too. In any case, I’ve urged her to be even more discriminating in her editorial selections for the list. I wish she would be, but then she has a different outlook than me and, as far as I can tell, the other board members.
Hope you are well—

Notable for the fact that Kuszai, too, is apparently unable to make a distinction between a criticism of a magazine, MiPOesias (“Vain, etc.), and personal name-calling (nowhere found in Leon’s original remarks—there is no “attack on Amy”). (Question: is it “pretty ugly” or “pretty lame”?)

Game was rag ass. Too much like one on one. A neighborhood run. No surprises. Too much assumed and conceded. A few good players who weren’t half as good as they thought they were, sloppily doing more or less what they felt like doing. A few possessed one outstanding skill or talent and slipped it into the game when they could, often when they shouldn’t. Defense nonexistent. Everybody going for steals or blocks instead of hanging tight with their man. Chump city. More action cooking around the court than on it. Block long Eldorado drop top docked at the curb. Deals going down. Basketball game like a TV set playing in a crowded room and nobody watching.

Nobody care ’bout the game but the players. You all be players, no?