Kent Johnson’s I Once Met 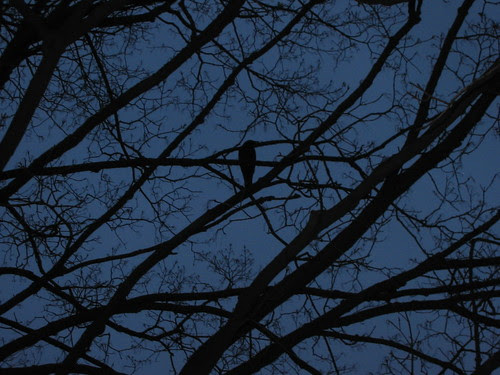 Down out of the shallow north where the mayapples bunch up to shield dark corners of the woods and the trilliums topple left and right. High splurge of woodpecker, low rip of thrush. After an excruciating two-month long “post-official” wait whilst my parcel likely went to an unmark’d “sorting” box deep in one of the caves of Altamira, a box for poetry book recipients suspect’d of political criminal mischief, I finally received Kent Johnson’s splendid I Once Met (Longhouse, 2007). It’s a marvelously shaped book, long and thin, sewn in wraps the color of the wheatfields of the Isle-de-France, the color of sunlight hammering tobacco leaves in the tiny terraced wedges one sees descending—by foot, like a smuggler—into Spain out of the Pyrénées. And I Once Met comes with a rough-paper band, imprint’d with title and author, slipped over it, and blue endpapers—blue the color of the sky above the Atacama desert in Chile where Raúl Zurita, one “part” of Roberto Bolaño’s “Carlos Wieder” in Distant Star, wrote poems with bulldozers, blue the color of the azulejo of Lisboa. One slips off the slim band and begins to read the book just as one’d slide the label-ring off a Havana and’d thrust it between teeth: imagine a shimmering gold cigar made of words and sky!

I maintain that Kent Johnson writes with a rare grace and nonchalance—without any too audible “straining” after effect and with plenty of humor, mostly of the gently sad kind. Here, I am reminded of Joe Brainard’s terrific I Remember works—those miniature, wholly American sagas—and of some of John Cage’s wonderfully deadpan Zen anecdotes. Here’s one appropriate to Kent Johnson’s mycological “itch”:

Once when I was in Ann Arbor with Alexander Smith, I said that one of the things I liked about botany was that it was free of the jealousies and selfish feelings that plague the arts, that I would for that reason, if for no other, given my life to live over again, be a botanist rather than a musician. He said, “That shows how little you know about botany.” Later in the conversation I happened to mention the name of a mycologist connected with another Midwestern university. Incisively, Smith said, “Don’t mention that man’s name in my house.”

Cage and Brainard with a generous helping of something like the particular Hispanic and Lusophone unblinking surreal, say, that of the Comte de Lautréamont, né Isidore Lucien Ducasse, in Montevideo, Uruguary, there where the bande à Baader (Fraction armée rouge) were, they say, executed.

Once, yesterday, in a state of high fatigue after my unstory’d hardships in the shallow north, my optics stray’d to alight on the slipped-off label for I Once Met and I saw how it, in fact, read 1 Ounce Net. I consider’d the brilliance of that for several minutes—the weight of words, the kinds of scales used to weigh one’s verbiage, words dehisced and bagged for the procedure—an altogether pleasant revery run and plumb’d for “meaning,” before I noticed my mistake.

A few prefer’d meetings out of Johnson’s I Once Met:

I once met Dale Smith. We put our heads against the side of Lorine Niedecker’s old house on an island in Fort Atkinson and we rested them there for a long time, and I looked at Dale and he looked at me, and we cried for a little while, it was quite something. Then we went to the bar down the road where a small dog walked in circles on its hind quarters.

And, later, after reading straight through I Once Met—it is compulsively readable, wholly without slack or longueurs—I came across Roberto Bolaño’s report (in a story call’d “Dance Card”) of one Alejandro Jodorowski’s argument for Nicanor Parra’s (he of “anti-poetry”) being Chile’s finest poet (opposed to Neruda), with arguments “brandished” from “Kierkegaard and Wittgenstein, then Topor, Arrabal, and himself. I remember him saying that Nicanor, on his way somewhere, had stayed at his house. In this statement I glimpsed a childlike pride which since then I have noticed again and again in the majority of writers.” Bolaño (immediately following):

In one of his books Bataille says that tears are the ultimate form of communication. I started crying, not in a normal, ordinary way, letting the tears roll smoothly down my cheeks, but wildly in spurts, more or less like Alice in Wonderland, shedding gallons of tears.

And I recall’d Smith and Johnson on Black Hawk Island and the tiny spavin-butt’d pooch doing its pitiful best, and milk’d myself of a meagre cupful of lacrymals myself.

I once met Robert Hass. He asked me what I was working on. I said, I’m working on the second Saenz book. He looked at me, puzzled, and then someone else said something and he had to go. Later, Forrest Gander said to me: Robert asked me what Science book you were working on . . . Well, that was funny.

I’ve never met Ron Padgett, but I almost did. I raised my fist before his door and paused. There were cicadas screaming to death in the rich summer trees. Why ruin it, I said, and walked away.

If Joe Brainard’s I Remember explores (largely) cultural artifacts and debris of the ’fifties and ’sixties through a singular (painterly, gay) perspective, Johnson’s I Once Met concentrates on a Bourdieuvian habitus, a literary field (“post-avant,” poetic, largely norteamericano, though—with Johnson’s work translating (of the Bolivian Jaime Saenz, among others) there comes a noticeable aggrandissement of that field). It’s a stirring performance, and one that manages to prick at the pretensions of many, including Kent Johnson himself, whose service and necessity to that field should never be doubt’d, he it is who continually reminds us of our human meagerness, our abysmal hurry toward le Néant. One need go only to Johnson’s “unfolding critical novella” entitled Corroded by Symbolysme: An Anti-Review of Twelve British Poets, Which Is Also To Be a True Account of Dark and Mysterious Events Surrounding a Famous Poem Supposedly Written by Frank O’Hara, (first chapter in the “British Poetry Issue” of Chicago Review) to see that, and to read the following:

Why shouldn’t the poet who is the subject be the one to primarilie speak about his or her own work, be a protagonist, even, within the review’s fictitious world, the reviewer acting more as a kind of semi-amanuensis, a supporting actore, limited, in the modesty of his or her position as attendant (admiring or not) to telling a few Boswell-like stories here and there, adding a few supplementarie opinyons in the process, fusing at certain transgressive or luminous moments with the Poet’s Voice, but never losing sight of his or her Johnny-come-latelie fluctuating position? Would such an approach not be salutary one, insofar as it might help gently unfasten the buckles and straps of a genre long bound by customs of epistemological presumption and claim, customs that render, in ritualized fashion, interior scenes or landscapes whose convincing, life-like, but decidedly simulacral critycal effects are fashioned by means of perspectival tricks carefully plotted out by the reviewer from whose eyes unseen lynes of axiology converge in multiple vanishing points that are, when one thinks about it, akin to tiny coagulations of ideology (inasmuch as the expectations of evaluation’s productive mode and relations of exchange are ideological through and through)? I mean, really, what is the literary field, populated as it is by Authores, be they Poets or Critycs, if not a vast space of tinie bodies orbiting and crashing and disappearing in the vicinity of a great central Black Holum?

A brilliant thing. Though the faux-sixteenth c. orthographickal hiccoughs, ain’t we seed that sort of mayhem somewhere before? 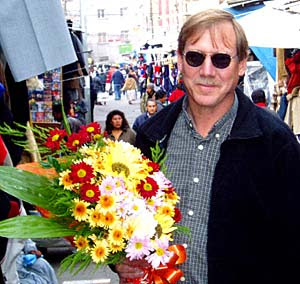