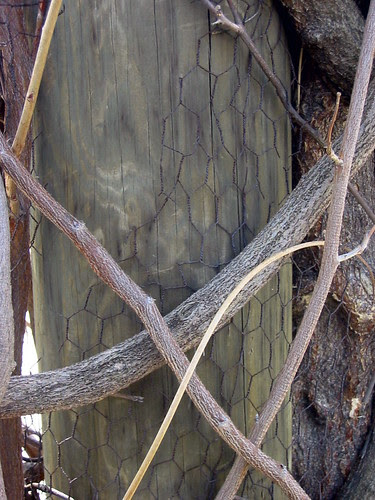 These stories were dozing in thirty-year-old newspapers, and nobody knew about them anymore.

A book that recoils against the current antiseptic—“That’s all people care about today: . . . Safe eating. . . . Death prowls at the edge of the plate”—and completely changed world with stories of the Vietnam period. A soixante-huitard narrator (father killed in some “action” in “the Cochin-China Delta”—the Mekong) in a monologue to a girl who mostly goes by the name of “Thirteen’s daughter.” Thirteen being a former revolutionary comrade, now, too, dead. How one whole generation’s revolutionary prowess and fervor bloom’d up out of Technicolor:

The Great Silence: Trintignant, the good guy, the upholder of the law, silent because bad guys cut his throat when he was a kid, gets himself shot to pieces at the end, in the snow. A little like Brando at the end of Viva Zapata! The Revolution always gets killed at the end. Rosa Luxemburg gunned down in the snow, on the edge of the canal where they threw her body. Che executed at la Higuera, laid out naked, hairy, glassy eyed, like he was being readied for dissection, his hands cut off, the death mask that tears the skin from his face. Tamara-Tania, riddled with bullets at the Vado del Yeso ford, her body drifting in the Rio Grande. You head was stuffed with these tragic images. Making the Revolution was not so much preparing to take power as learning to die. It seems worth it when you’re very young. At the time you were no longer going to the movies; the Revolution couldn’t waste its time with those tricks and jokes. but you were living like you were in a film, a low-budget cops-and-robbers. You would have liked to see Trintignant in the role of you playing your role.

Which, in my shallowly perspicacious “reading” of the last couple of days—recalls the cinematic (or is it “French”?) hyperventilating drama of Stendhal, who out one day hiking the Rome notes that he’s about to turn fifty, and so must write it (immediately, in code no less) down:

I only descended from the Janiculum when the light evening mist arrived to warn me I would soon be seized by the sudden and very disagreeable and unhealthy cold which in these parts immediately follows the setting of the sun. I hurried to get back to the palazzo Conti (piazza Minerva); I felt exhausted. I was in trousers of white English [a blank]; inside the waistband I wrote: ‘16 Octobre 1832. Je vais avoir la cinquantaine,’ abbreviated thus so as not to be understood: ‘J. vaisa voirla 5c.’

Who shot the crow in order to obtain a quill for writing down some essential sudden spasm of thought? I recall trying to (discreetly) write down the words to Andrew Lytle’s song about a ‘hant’ on the inside of a Marlboro pack, a dutiful (and ripped—bourbon in silver tankards) documentarian. Up on the Cumberland Plateau, in Sewanee, where the Memphis gentry summer’d out ot the way of the bottomland hum of mosquitos. Useless documentarian: recently I uncover’d that scrap and found it perfectly illegible. Mostly I gather up words, stock the holding tank that is inside my skull, and rely on my own clumsy neural cane pole to swing out the oversized bobber with a gob of worm for recovery, in haphazard order. “Rain” “hummingbird.” The rain-color’d hummingbird. That’s how I do it.

Or allow the textual eddies to deliver whatever detritus there is, unannounced:

Today it seems there’s only the present, just the instant; the present has become a colossal hustle and bustle, one big stimulus, a permanent big bang, but back then, the present was more modest, modesty itself in fact. The past had a powerful presence, the future as well. The past, History, was the great projector of images of the future.

And we were too intransigent to be satisfied with a phony life. There are generations born in the midst of History, right in the bull’s eye. And others who are off to the side. That’s where we thought we were. We had missed the great moments. Such a pretentious thought!

. . . in the heart of your pounding, truthful heart, you believe that bodies, particularly the ones you want, and most particularly the parts of them that are signs of their strangeness, are pure masses of terror. And it frightens you to realize, well, to guess, that if you disguise or deny that thing that stammers inside you, claiming “the priority of politics,” if you use for instance this tract you are writing, or claim to be writing, seemingly forever, to hide your fear, then more and more all the rhetoric that encompasses your life, all the elements tied together like the threads of an espalier, would be nothing other than a gigantic fraud.

What good had been “The Theory?” You had no idea how completely men are woven from darkness, scarred by fear; literature would have taught you that, but you had rejected literature, you only believed in “life,” “life,” and “experience,” clarified by the Theory . . .

Lives are forests filled with shadows and mysteries, . . . enormous things rot, hideous, nightmarish animals caterwaul in the darkness of each life.

Going a ways to untangle the mystery of how—as the world’s brutality mounts, the poetic and artistic “response” turns to an antiseptic formalism—“all form is antiseptic”—and declares itself “advanced.” Where the inheritors of Rabelais? The hog-tied grunters in the mud, the implacable howlers? “The Theory” got your mama.