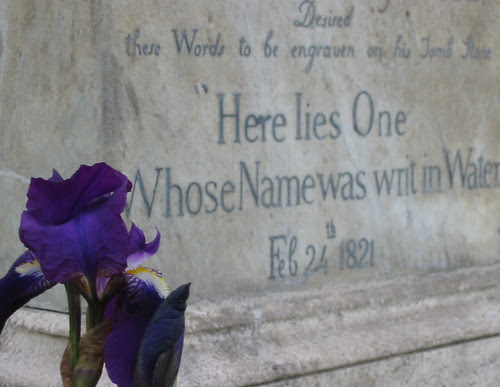 . . . it’s strange, even monstrous, this hatred of beauty, a type of moral leprosy . . . just because beauty resists that terrible desire we had to level everything out, make everything equal. Because beauty’s the opposite; it’s what distinguishes, it’s what’s unfairly given to some and refused to most people . . . human beauty, but we scorned as well the beauty of a country church, which is there for anyone who wants it, or the beauty of a sky filled with clouds, city roofs . . . and that’s what’s wrong . . . the beauty of art . . . We detested it without knowing it. Beauty throws you off track, confuses you; as for us, what we loved were “the masses,” as we used to say.

Which gets rehash’d by the French theory-inflect’d and fearsomely “advanced” groupuscules a few years down the road, mopping up the failure to meet the masses (busy viddying Hee-Haw) with a “rigorous” (read ideologically-stuck) truculence. Out for a walk.

Out for a walk in the dusk, turning a squint-rictus to the sky to locate the teetering swifts, or returning it to earth, to urban beds of flat-faced yellow pansies, flowers continally mollify’d by water delivery systems put down by humans. Trying to think about beauty, trying to shed the portentous sly accipiter of my contempt for such imperia—my mother country’d be a falconress—with words interfering: “squint,” “mollify,” &c. I refuse the easy dismissal, the beauty is a succubus crowd.

I dismiss that Keats thing: “Beauty is truth, truth beauty” is a nigh-tautological “pocket full of mumble,” one’s left with intangibles, a know-nothing. Keats is somewhat clearer in the letters, certainly: “I am certain of nothing but of the holiness of the Heart’s affections and the truth of Imagination. What the imagination seizes as Beauty must be truth—whether it existed before or not—” Which I read as akin to Spicer’s “outside”—the poet as radio, hostage to one’s own transmitter, Imagination, what “seizes” the works and jolts forth something (“Beauty,” “truth,” “the reckless sublime wrack of our days”) unstoppably. Everywhere in Keats, Beauty is a doer: it “overcomes,” it “stifles” (“. . . with a great poet the sense of Beauty overcomes every other consideration, or rather obliterates all consideration” and “The mighty abstract Idea I have of Beauty in all things stifles the more divided and minute domestic happiness.”)

Edgar Morin, in the early ’60’s (Algerian war) argued that, while “that gigantic flabby protoplasm that is France,” busy identifying itself with the “model of Western consumer societies, in which the requirements of well-being and safekeeping take precedence,” may’ve lamented “everything that was going on” over there, its citizens mostly engaged themselves in “ambivalent passivity.” One reduces one’s sphere of demand to encompass only that that’d possibly disrupt one’s “everyday life.” Precisely the lie of 9/11, that everyday life’d got the heave-ho, that something irrevocable’d occur’d. And once it’d become obvious that that wasn’t the case, “everyday life” return’d with a vengeance. Soft shell crab po’boys video’d, secondary “sport” vehicles, mollify’d city flowers in the sun.

Olivier Rolin, about the hero, and heroism:

He comes from the depths of human history, from the moment when man freed himself from the gods. One of the degrading, exasperating things of today is the rejection of heroism. That means we don’t believe in humanity. A hero is nothing other than a fully human being, the opposite of mercantile man. And the opposite of the abject creature before God. A humanity without heroism is good for God and the marketplace; certain contemporary little cynics don’t seem to get that.

Questions: why is heroism coupled with Beauty? What’s France in Algeria got to do with it? Why badmouth Keats? Is it right that Che’s last sentence (in a notebook) read: “seventeen of us set out under a very small moon”?