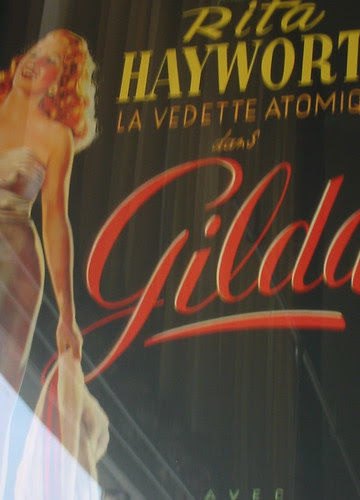 “I took my trousers, my work clothes. I made a mixture out of glue and water, dipped the pants in and dried them in front of the heater, and then of course I had to get out of them. I took them off—the pants looked so pathetic. I was so moved; I saw myself standing there. I felt so sorry for myself. Then I found a pair of shoes—from an excavation—they were covered with concrete, and put them under it. It looked so tragic that I was overcome with self-pity. Then I put on a jacket, and gloves. I made a little plaster head. I made drawings from it, and had it for years in my studio.”

Thus Willem de Kooning. One longs to make of the story a parable—the artist’s drawings accumulating next to the empty husk of the artist himself. The artist’s body disappearing, turned purely into art. William Matthews used to rev up a thing about “the work of the body becomes the body of work.” What one grabs off the masters: how currency’s smelter’s chock’d full of yesteryear’s coinage. So de Kooning seeing how Picasso lack’d any “fetish of the contemporary.” The “simultaneity” of all art opposed to the banal “trajectory,” “progress” of the “usual-suspect avant-garde,” the imposters of the new. De Kooning: “Everything is already in art, like a big bowl of soup. And you just stick your hand in, and find something for you. But it was already there, like a stew.” Finding a particular color—perfect intercourse of blood and milk—in Pompeiian murals.

The story of Pyotr Ilyich Tchaikovsky, when need sprang up to conduct a piece, did so one-handedly, the other plant’d firmly on ’s head, that it (the head) not—as he fear’d—fly off. (See Emily Dickinson—head, top taken off.) In New York City: Tchaikovsky’s ceaseless weeping.

In through a physiognomy-abrading sleet, whipped by wind, pussyfooting along against iced-up paths. (I typed “physiognacy”—rule, one supposes, of the (pretty) faces. “Isn’t that what we got now?”) Thinking how, if the walk-rhythm goes off, the thinking shifts. Thinking how Guy Davenport, late in life, push’d a wheelbarrow home fifteen blocks in Lexington, Kentucky—something for companion Bonnie Jean Cox. And report’d seeing nary a soul walking. Davenport only drove a car one time, when, out for a jaunt in the country with—I think—a teacher, the teacher’s transtibial prosthesis (“peg-leg”) somehow got itself un-peg’d and he couldn’t manage the wheel.

Thinking about the “rules” of art, poetry, &c. The shifting standards, tics, mannerisms personal and groupuscular and national. And the snarly sass against all that. Trigger’d by a Peter Schjeldahl assessment (dated 1992) of de Kooning’s snarling toothsome women of the early ’fifties:

Now consider that you are de Kooning, with a well-established Downtown reputation as a painter’s painter. Among other things, you draw like an angel. But just as you start to win the game, the rules change. With critic Clement Greenberg improvising theory for it, a brand of de-composed abstraction evolves and is promoted as the living end. It is tailored perfectly for Jackson Pollock, Barnett Newman, and others who can’t draw worth much. You are threatened with being old-hat before you have gotten to be new-hat. At your easel, you commence to throw a pointed and expedient tantrum.

Which is probably a good definition of and method for one major “dynamic of literary, or artistic, change”—that throwing of “a pointed and expedient tantrum.” See, too, literary and artistic biography: how many the “spoil’d child” in the archives. The “big baby.” Charles Olson. Ezra Pound. Pablo Picasso. Gertrude Stein. Wyndham Lewis. See, too, Lewis’s own annoyance with what he sees as the rampant infantilism early twentieth c. culture, of Stein (“like a child—like a confused, stammering, rather ‘soft’ (bloated, acromegalic, squinting and spectacled . . .) child”), Charlie Chaplin (“irresponsible epileptic shuffle”), Anita Loos (“wide-eyed naïf”).

And, hear ye, the bombastical dumbing down of things, dumbshow puffery of the golden boys and girls, ain’t’ve even begun in Lewis’s “era,” compared with our present contemporary crop, no? “Bombastical, a. Of or pertaining to the padding of garments.” The stuff’d shirts of . . . Oh, the hell with it, like Pepys, I’m off now—“Putting on my black stuffe bombazin suit.”