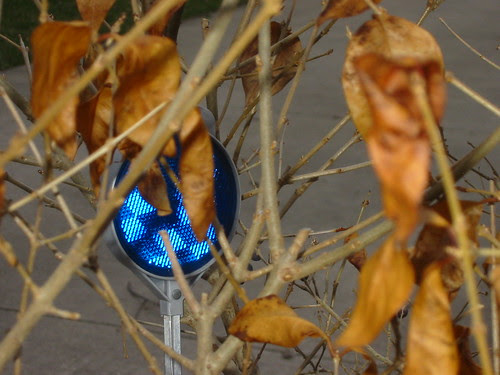 Seasonal sloughing off of all the duff and dander—what sifts down in the piles, hid like William Blake. As Coleridge says (Notebooks): “The half knit Stocking in the Kitchen-table Drawer—” Time’s lesions be legion, I think, prodded by a gob of it upcoming, an evening’s thrust and murmur of it. (E. M. Cioran: “Time is corroded from within, exactly like an organism . . .”) It contains the plug of its own unstoppering, is another way to put it.

I keep trying to read Adorno—another in a number of one’s I keep trying to read. Isn’t he a mite tepid? The avuncular soul whose clever and “uproarious” games come down to being more or less insipid when not a colossal mighty bore? What’s this notion of The Silly as a gap in intention, so making a place for truth? Silliness, though, must be “genuine.” (Adorno says Albernheit. I am “using” “a” “crib.”) Silliness is a residue, of “amorphous, crude barbarity.”

So truth slips in all widdershins whilst I bop one of you “head-wise” with a large rubber mallet. I don’t think Pound ever talks about silliness. Stupidity, yes. He’s all up and down the stupids: “Nothing has been viler in our time than the sloth and hypocrisy of pacifist careerists who have pimped for the obscurantists.” I can get behind that thing. I can dog that dog. Lots of careerist pimping around here, lots of obscurantists, too. (Think of that too’s melodic aspirations bitten off short à la Otis Redding.)

Pound doesn’t know how to be silly. That requires an innocence he lacks. Requires a willingness to relent the reins on the hoss that’s carrying one out the hoosegow: loss of control is the butt of silliness, the fundament of silly. And Pound only gets there in that brief period of captivity when he thinks “execution’s in the offing” (though he’d never snort happily at that construction, the way I am liable to do, being a child of the “off the pigs” ’sixties, and not, never, having renounced “our” aspirations of those years the way several of the careerist obscurantists’ve.)

In Pound’s loss he goes monstrously lyrical about ants and the toss off of the Mint. Dross is what I mean. “Toss off” meaning something different, done privately, though crow’d about (if one is Philip Larkin in the grim post-WWII midlands). Silly’s not the only way to snuggle up to truth. Caging one like an animal works, too. Maybe it’s not “truth” at all one is looking for, one is perennially (like a swamp cabbage) looking for. Maybe “truth” is just another word for the burr on the wheel that scratches the alabaster one is polishing up for “show.” The flaw that cannot be denied (that always is denied.) Look at poor dead T. E. Hulme:

Hate it.
This is the obsession that starts all my theories.

Kapow. Thanks to WWI, we’ll never know exactly how he’d’ve “turned out,” smooth or rough. As Hulme says: “. . . the rest is cinders.” And Redding’s voice ripping sheets of paper in half.