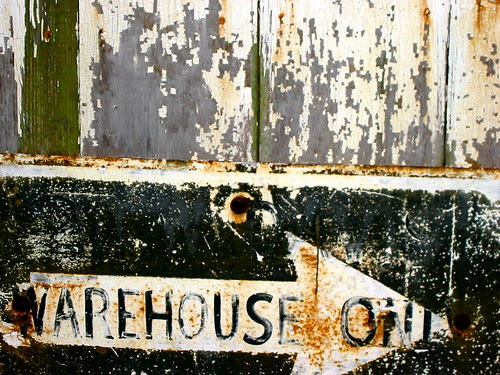 Wet splat of overnight snow, and a finicky morning, hoofing it in a good part of the way. Night revery: addressograph foul-ups, Xerox jams, labels of all sizes gumming together, inky gobs of mismatch’d papers and envelopes—I probably need to answer my mail oftener, is what I think. Deliver’d into sleep prior to reading a single page, is the source, is what I think. Though I am indisposed to such “analysis.” A certain Henry Stubbe, seventeenth century author of The Indian nectar, or a discourse concerning chocolata (1662), writes: “I tryed some Analysis of Bodies by letting Ants eat them.” Which’d be the limit to my approach to interpretorial adventurism where revery and writing’re “concerned.” (They’re not. “Concerned,” I mean. The writing cares not a whit if anybody reads it or not. It deigns not “court its Missus with mumps & mows as Apes & monkes doe.”)

E. M. Cioran gets it right, the contempt for the heart’s own codes, the renegade slapstick scorn writing itself calls down to itself, wraps itself in, banana-skirted like Josephine Baker, or lisping happily like Alcibiades. (Plutarch tells “us”: “‘How like a colax he is,’ says Alcibiades, meaning a corax—so it is remark’d, ‘How very happily he lisped the truth.’”) Cioran (“Directions for Decomposition”):

How could we bear the weight and sheer depth of works and masterpieces, if to their texture certain impertinent and delicious minds had not added the fringes of subtle scorn and ready ironies? And how could we endure the codes, the customs, the paragraphs of the heart which inertia and propriety have superimposed upon the futile and intelligent vices, if it were not for those playful beings whose refinement puts them at once at the apex and in the margin of society?”

The Nanaimo poet, tree-photographer, and cultural digger Peter Culley point’d a few days back to an appreciation of essayist George W. S. Trow, somebody I’d never heard of. So I pluck’d up a copy of Trow’s 1984 novel, The City in the Mist. Completely odd somehow, the prose:

The old city lowered itself onto the newer one. Men came into the streets who wore the bloody pelts of dead animals pinned to their shirts; also men who wore bowler hats at a rakish angle as though to say, “See how we like the sport”; also redheaded men, shining like noon, cruel-looking, covered from head to toe with buttons of mother-of-pearl.

Or, if one likes to consider everything as allegorical ammo to lob at the upwardly-mobile, the go-getters, the art society pugilists amongst us:

William Guin had discovered that the city was essentially backward-looking; from a very early age he had ceased to believe in its future. He saw that the future-promoters were priers; with violent tools they pried apart some existing connection (roof to walls; floor to joists) so that they could squeeze themselves or other persons into position. This done, they turned backward and paid no attention to new thoughts.

There is a character, amongst a slew, named Miss Quality.

Not to be a vigorous controversialist, just a nudge: is it entirely accidental that, comme titre, and twice, Ron Silliman chose The Age of Huts, or does it betray a serious, though inept—the phrase is too clumsy—, longing to define an era, not unlike W. H. Auden’s 1947 The Age of Anxiety? 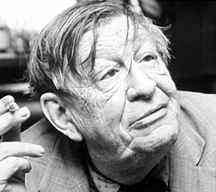 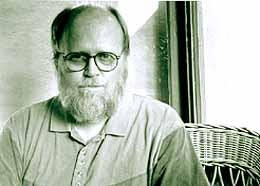