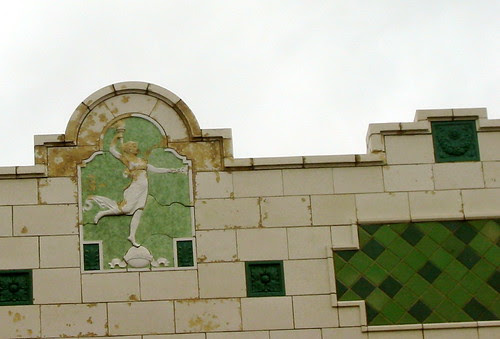 How’s the story about René Char go? That the code words for a certain kind of Resistance contact or drop went something like “The library is burning.” And something—somebody—bungled something. The woods wherein Char’s Maquis cell’d conceeal’d itself caught fire and much acreage burn’d. And Char took it up that the code sentence’d caused the fire. The fraught omnipotence of the implacable word. Necessity to change the code. Why am I repeating the story?

Slack-jaw’d dullardry setting in, Thursday evening. What about Anna Moschovakis? I just read the opening salvo, untitled, a kind of prefatory poem in I Have Not Been Able to Get Through to Everyone (Turtle Point, 2006). Lines like:

It’s a damn good morning to imitate the world.
But I can’t remember what imitation is
or the difference between it and flattery
or an adage and an aphorism.
I’d better go back to school
he said, performing a gesture to alterity.
I can’t remember if alterity
has negative connotations
or is just another way of kicking
myself out the door. I’d like to try being
a man for once. I’d like to wear chaps and have it
be obscene instead of pornographic. I can never remember
what I think of pornography when it isn’t in my
face. I wish I could be inanimate,
banged-up and appreciated
for all my surface qualities
without ethics getting in the way.

An unstable block—about half the piece—saw’d out of the middle, connectives “into” and “out of” the morcel ripped out, a terrible way to disfigure a poem. (It’s what the eyes do, skimming, “alighting” and skimming, and lifting off the page.) The world is never more than a piece of the world. De Kooning’s “Content as a Glimpse.”

There’s a kind of dizzy prolixity here, thinking occurring at high idle, or revving up and dying down. “Imitate the world” points to the representation racket of writing (one kind of) and the “can’t remember” seems coy, rather banal, and the “difference between it and flattery” obtrudes and alerts! Imitation, of course, is a kind of flattery, a saying back what the world puts out, a mirroring. “Adage” vs. “aphorism”?—yeah, me neither, yeah, we’d all “better go back to school”—that’s a social plug, an oral place-holder, a commonplace, and an intentionally somniferous preparatory to—perfect line break—“he said.” The “voice” of the poem (there is a voice, single or collective, it matter not a whit, the single imbibes the collective, no?)—the “voice” is surely feminine and the “he” is a show-stopper. “He” “performing a gesture to alterity” (the poem looks back over its shoulder, pleased with its self-identificatory ploy, pleased with the ruse of “othering,” though only momentarily—doubts about “alterity” (another thing presumably miss’d in “school”) proceed apace, a way out (a door) is located (meaning, partly, no need nor gumption to pursue that imitative thing, one can “be” something, or something else). “I’d like to try being / a man for once.” Feminine voice. “Chaps” and the wearing of chaps, obscene or pornographic. Another “fine” distinction in a poem proceeding by such: is “obscene” vs. “pornographic” like “adage” vs. “aphorism” or is it like “imitation” vs. “flattery”? Is the question even pertinent? Obscene, “against the senses.” Pornographic: “writing about the pornē, prostitute, roots in beyond prostitutes often being imported slaves.” “I can never remember”—veering off, dismissing “pornography”—though the express’d longing to be “inanimate, / banged-up and appreciated / for all my surface qualities / without ethics getting in the way” marks a kind of hidebound outlaw tawdriness that may iterate and recall the pornographic. Sonically it is a stunning ganglion of adjectives, full of dent- and nick-producing protrusions, three angular words—plosives—slid out curl’d-lippedly into the hush of “all my surface . . .”

Of course, coming thusfar, one must needs continue—such is the pell-mell velocity of the thing. So:

I seem to remember
being ethical. I seem to act along some kind of line
albeit a kinky one. I wonder when kinky became
pornographic and whether that aspect is
subtractable. I don’t remember my grammar
rules. I don’t think English is very good
for a certain kind of inventioning. I gather
some readers don’t like being
confronted with the language in every word.
I want to be a word. I would be abstract
with an inscrutable ending.

The sheerest kind of giddy delight here in the “I gather / some readers don’t like being / confronted . . .” sentence. The implied relationship between wanting “to be a word” and “wishing I could be inanimate, / banged-up and appreciated / for all my surface qualities” is stunning. And effects a relationship, too, between the “in my face” pornography (oftener forgotten) and that readerly dislike of “being / confronted with the language in every word.”

No more burdening Moschovakis’s lines with my verbiage. Attempt to put down rapidly the various sparks that fly off when the piece is push’d up against the wobbly grindstone that serves to put meal in my brainpan. No more, that that meal not turn to mush. (Tempt’d to scoot off on the line and its kinks.) For salutary compleatness’s sake, I’ll add the first lines, the one’s left dangling by my mandrake root yank up of the midriff of the thing:

I can’t remember what it is I’m supposed to be doing.
I can’t think of anything but lists I’ve made, lists I’ve broken
the spirit of. It’s always a fine time for breaking
things, like plastic forks and poetic trends.

That affable voice, wholly without presumption. Distractedly beginning the distinctions (I see now): “plastic forks” vs. “poetic trends”—no difference between the two, one thinks, unless one confronts the language in every word. Why do I think “I can’t remember what it is I’m supposed to be doing” is Dantesque, a via diritta . . . smarrita sort of thing?

Virgil, to indicate the difficulty of writing, said that he composed verses just as bears “form” cubs, that is, by licking. So, in Wolfgang Franz (1564-1628)’s The History of Brutes, “rendred into English by N.W.” (1670), one reads of the bear: “The female is said to be very leacherous, and doth bring forth very deformed young ones, which are so deformed, that as soon as they are brought forth, it seems to be but a meer lump of flesh, without eyes or hair, and little bigger than a Mouse, but not so big as a Cat, which she afterwards brings into shape and form by licking of it.” 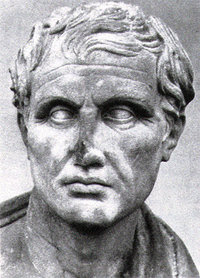