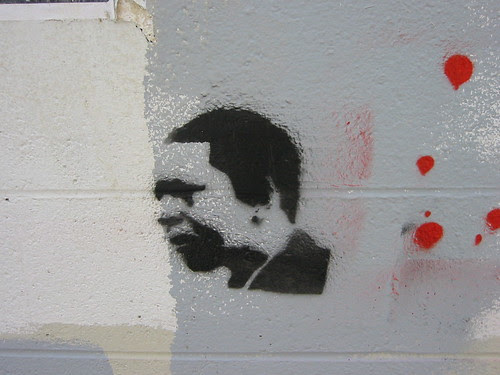 Okay, buccaneers, who’s Alessandro Porco? He’s the author of a guffaw of pieces in the fat new Damn the Caesars, and henceforth highly suspect. (Isn’t there a tiny imprimerie of belles lettres call’d “Porci con le ali” run by one stalwart, name of Ben Friedlander? Miss Moneypenny, make a note of that.) (On another occasion I suspect’d an arch pseudonym in Fence and try’d to call out one Robert Paredez. Recipient pronto of a creased note signed R. P. telling me if he ever found me in a licensed tavern he’d clean my doubting clock for me. So I tread gently, and carry a fat bankroll . . .) I think Porco’s sonnet here is superb fun:

In the first century B.C., Marcus Vitruvius,
Renowned Roman architect, insisted material
Art forms, such as the Temple, endure all
Time’s storms (a woman’s scorn; a usurper’s shiv),
If as casual as Flesh; to which Anthony Hecht,
Upon his first visit to Palladio’s illustrious
Villa Foscaria, agreed, sensing the kinesthetic
Ratio—its Petrarchan architecture of eight to six.
What, then, are we to make of the Bard’s
Top-heavy sonnets? Wee Willy (I might suggest)
Found Chi in disproportionately large breasts;
Or, put another way, big yah-yahs got him hard.
Aesthetic pleasure’s as whimsical as Fate
—Less proportion; more a matter of taste.

Vetruvius dueling down shiv and Anthony Hecht ransom’d off to kinesthetic—I find that “method” of going after rhyme hallucinatory and right. One is, in Damn the Caesar bolster’d in one’s giddiness by reading Porco’s neighboring pieces: the “Abecedarian Remix” with the lines “My Clit Aches. / No Connection Fee. / Orient Down Between . . .” or “Das EFX’s Baggedy Basho (The Dead Serious Remix)” with its English version:

Damn the Caesars—the title’s out of Pound—who probably knew that tea’s a purgative:

I suppose there are a few dozen verities
That no shift of mood can shake from us;

One place where we’d rather have tea
(Thus far hath modernity brought us)
“Tea” (Damn you!)
Have tea, damn the Caesars,
Talk of the latest success, give wing to some scandal,
Garble a name we detest, and for prejudice?
Set loose the whole consummate pack . . .

Damn the Caesars, edited by Richard Owens, is a perfect-bound annual now out of Buffalo, New York after seeing earlier light in New Jersey as several chap-style numbers. What’s immediately noticeable about the issue is its international commitment. It’s as if Owens, with the worldly Pound for one underpinning, and—here—Aimé Césaire pointing to both a poetry of experience and a global affliction most “Americans” persist in keeping themselves ignorant of, is calling for a movement beyond and against any too pat and narrow “New American Poetry as benchmark and measure” psalmody. Nigh fifty years along, it’s high time to look askance at such insularity, and its defenders. Césaire, quoted out of “Poetry and Cognition”: “What presides over the poem is not the most lucid intelligence, the sharpest sensibility or the subtlest feeling, but experience as a whole.” And (Discourse on Colonialism): “American domination—the only domination from which one never recovers. I mean from which one never recovers unscarred.”

Of note: Penny Rimbaud’s “How?” (“I saw the best minds of my generation / gagged by the opiate of capital; / fallen angels busting for a budgetary fix, / established Christs nailed to cash or crucifix . . .”)—a feisty and angry reworking / homage that comes down like a gust of fresh air, with a postscript detailing how “Copyright on ‘Howl’ is currently controlled by HarperCollins Publishers Inc., New York, which in turn is owned by News International, the ‘military-industrialist-nationalist’ wing of media-magnate Rupert Murdoch. Now, what kind of madness is that? Like Charles Saatchi’s pimping disfiguration of the visual arts, Murdoch’s rapacious desire to control everything of the written word is an obscene violation of all of the creative principles that I hold dear. Just as the Bush / Blair coalition seeks to stifle our political and social freedoms, so the cultural tyranny of the likes of Saatchi and Murdoch seeks to subjugate the precious intimacies of our authentic inner-being.”

And: Tom Pickard’s contribution titled “On Basil Bunting.” Being the paper he deliver’d as the 2004 George Oppen Memorial Lecture in Twentieth Century Poetics at the Poetry Center & American Poetry Archives at San Francisco State University:

At the age of sixteen in 1962 I somehow found a copy of the magazine Kultur and saw in it an advertisement for William Burroughs’ book, Exterminator, published by Jargon Press and I ordered a copy. Jonathan Williams responded and told me of Basil Bunting whom I’d not heard of and supplied his phone number. At that time Bunting used to commute to work as sub-editor of the financial pages of a newspaper in Newcastle from his home on the river Tyne at Wylam. Judging by letters to Pound and Zukofsky and others from the period he’d given up the literary ghost and was living an English version of ‘internal exile’ having been ditched by the Foreign Office and the Times in the early 1950s and at the same time rejected by TS Eliot of Faber’s. In fact, back in the North, after being expelled from Iran he found it very difficult to get any work at all.

The sixties turned up on his doorstep bright eyed and raggy arsed in the form of myself and a young audience waiting in Newcastle’s Morden Tower. The city’s elegant center was blackened by industrial pollution, as were the suburbs of workers’ barracks. Coal mining, shipbuilding and armaments were the principle traditional industries and they werr in decline. I left school at 14 and joined the lengthening dole queues and by the age of sixteen was convinced I was a poet and had an article about teenage unemployment published in the Anarchist quarterly journal, Anarchy, to prove it.

The whole chock’d, too, full of letter extracts and views of Bunting by others (Ed Dorn, Stuart Montgomery of Fulcrum Press, Roy Fisher).

A tree, typically unremarkable
(hypnotical)
& small, but also isolated & horticultured
with Bosch-symmetries, but ordinary nonetheless.
Passing it, I notice within the shell of its leaves:
birds. Little passerines in bright plumages: exotics
unexpected even in the dream locale. Cheering lucidly
on the stems of branches. Seething in & out of
the bough of foliage.
Invariably, spotting them, I
count them, sort them by class & number, sift them into mental
collections, feeling as though I’ve suddenly found piles
of new quarters, this inspeciated light, these flying
efflorescences, a momentary cosmic taxonomy.

One other pointer: Devin Johnston’s “The Pipe” with its daring use of what’s likely the ultimo Homeric epithet, applying it with sure nonchalance to a homely domestic line, all at the end of a terrific poem “about” finding an old resin-smelling pot pipe whilst looking for a “lost draft”:

A rosy-fingered
block of frozen squid, bought
at Safeway, thaws in the sink.
It smells sweet. Whistling a tune
from Harry Partch, you peel off