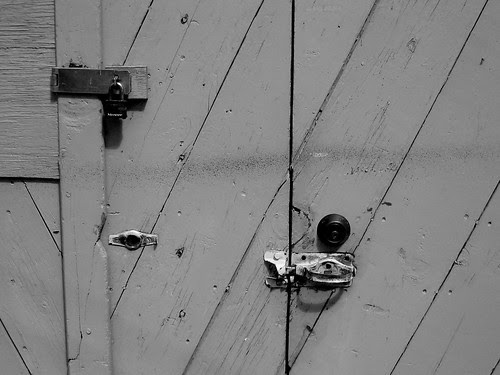 “I was reading Kierkegaard and I came across the phrase ‘To be purified is to will one thing.’ It made me sick.” De Kooning. One comprehends a “nausea,” an “angst,” so radiantly shine the “existential” lights up out of the pit of that era. Or one comprehends a backlash against “the will to power.” See, too, Clement Greenberg’s lauding of the “indeterminateness or ambiguity” of de Kooning’s paintings, “caused . . . by his effort to suppress his facility.” “There is a deliberate renunciation of will in so far as it makes itself felt as skill, and there is also a refusal to work with ides that are too clear.” (Trying to think of a parallel in writing: the writer who’d hand any other writer his—or her—ass, such is the imagistickal and lingual ease. The writer who, in lieu of such purity, mucks it up—or yucks it up? Pynchon?)

Reportedly de Kooning’d the chance to see André Breton standing on Fifty-third Street making wild “surreal” hand gestures in the air: a butterfly’d landed on Breton’s head in midtown Manhattan. (Akin to how Samuel Taylor Coleridge practiced swimming the crawl--awkward arm actions all through the streets of London, drawing onlookers.)

Factoid: Janice Biala, “the last lover of Ford Madox Ford (c. late 1930s),” being sister of Jack Tworkov, the abstract-expressionist who went off to teach at Yale. (Not quite so baffling as the Diane Arbus / Howard Nemerov sibling ship.) Biala and husband Alain Brustlein, New Yorker cartoonist, buying a number of the “almost penniless” de Kooning’s paintings (c. early 1940s).

And, again, de Kooning’s theory-before-practice-whuppin’: “Style is a fraud . . . The reactionary strength of power is that it keeps style and things going. . . . I think it is the most bourgeois idea to think one can make a style beforehand. To desire to make a style is an apology for ones’ anxiety.” The timidity of pre-formation and method (group and manifesto) uncontaminated by individual mess and blunt practice. (De Kooning famously saying he want’d to paint like Ingres and Chaim Soutine, simultaneously. Pure line of a bather’s torso against slab of animal carcass.) And: “I think innovators come at the end of a period. Cézanne gave the finishing touches to Impressionism before he came face to face with his ‘little sensation.’” (Cézanne’s term for a kind of near-impenetrable fleeting sudden apercu, revelation caught quick.)

See, the critic Gustave Geffroy, writing about an encounter with C. in 1894:

I shall always see him, mumbling words under his gray mustache, laughing and crying again as he did at Monet’s, and uttering infinitely true and ingenious things about painting. He was very critical of his contemporaries, except for Monet, whom he deemed “the strongest of us all.” He would say, “Monet! I would place him in the Louvre!” He became angry at another painter whom he accused of having “stolen his little ‘sensation.’” He harped on it incessantly: “I had only one little sensation, and Monsieur Gauguin stole it from me!” Cézanne, who was such an innovator, had no sympathy for the current discoveries and doctrines in painting, saying, “I like Baron Gros, how can I take these farces seriously?” It is true, he loved the old masters, the Venetians, the Louvre so much, that he might stop by the museum before coming to my place to confirm what I had told him about the silvery aspect of The Lace Maker by Van der Meer. What I loved most of all in him was his enthusiasm. He would proclaim, “I will astonish Paris with an apple!”

How the “contemporary” groupuscules natter, and matter not: the only contemporaries worthy of allegiance are historical, the simultaneity of art. Against the avant-garde foolishness of “progress”: “Whatever an artist’s personal feelings are, as soon as an artist fills a certain area on the canvas or circumscribes it, he becomes historical. He acts from or upon other artists. . . . An artist is someone who makes art too. He did not invent it. How it started—‘to hell with it.’ It is obvious that it has no progress. The idea of space is given him to change if he can. The subject matter in the abstract is space. He fills it with an attitude. The attitude never comes from himself alone. . . .”

How de Kooning went to Black Mountain College near Asheville in the summer of 1948 and work’d for two months on one painting: Asheville. It’s mouths and eyes. Out in the mountains, walking at night under the star-blast’d vault (invisible in New York City): “The universe gives me the creeps!” 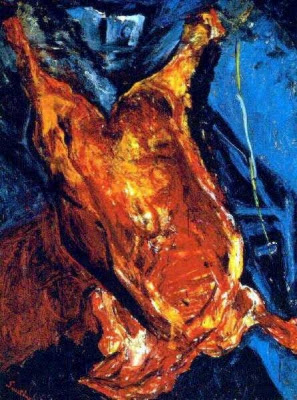