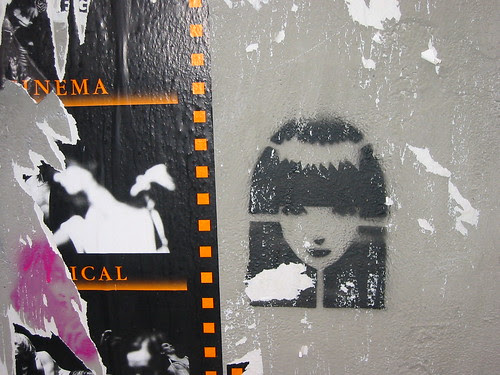 In Willem de Kooning’s 1950 painting, Excavation, final in a series of abstract works completed—he next begins the near two-year struggle with Woman I—a small rectangle is paint’d near the bottom of the painting. De Kooning call’d it a “door,” a way out. Recalls the terrific Elvin Jones lines about looking for the “door” out: “The length of my solos doesn’t mean anything. When I go on for so long, I am looking for the right way to get out. Sometimes the door goes right by and I don’t see it, so I have to wait until it comes around again. Sometimes it doesn’t come around at all for a long, long time.”

That “terrific” up there—and recent talk about its prevalence as the New York School’s, or Ted Berrigan’s, preferred term of praise—knocks another limb off the connectives tree: how, circa 1952, on the southeast corner of Fourth Avenue and Tenth Street, “a dive called the Terrific Bar” stood—and de Kooning loved that word—and all American slang. He moved into a nearby loft / studio at 88 East Tenth that year. Source and affinity. “Causing terror, terrifying.” Though I like to think its etymological struts reach down into the “earth”—terra firma. OED’d for early usage (“as an enthusiastic term of commendation”) brings up a 1930 ‘Thanks awfully,’ said Rex. ‘That’ll be ripping.’ ‘Fine!’ said Derek Yardley. ‘Great! Terrific!’ out of one Denis George Mackail’s novel, The Young Livingstones. De Kooning’s arrival in the States: 1926.

De Kooning’s ambivalence regarding groupuscules, those artificial formations, cauldrons of identity and advancement. The painter Milton Resnick—de Kooning’s friend—reporting on Ad Reinhardt and Robert Motherwell’s attempt in a series of forums to form a “New York school.” For “publicity and whatnot.” (Distrust of the wealthy, articulate Motherwell by the old community: “son-of-a-bitch college boy.”) Resnick’s refusal to participate in any group, scold’d by de Kooning: “You’re just a fucking nihilist. You don’t want to be in.” Contra de Kooning’s remark in stenographer-recorded conversations with, amongst others, Alfred Barr (director of the Museum of Modern Art), Motherwell, David Smith, Barnett Newman: “It is disastrous to name ourselves.” (Possible names toss’d out: Abstract-Expressionist, Abstract-Symbolist, Intra-Subjectivist, Abstract-Objectionist. Newman: “I would offer “Self-evident” because the image is concrete.”)

After being snub’d by the Metropolitan Museum of Art in its plan for an exhibit titled “American Art Today, 1950,” a letter of protest signed by eighteen “abstract-expressionist” artists was mail’d to the New York Times. Life magazine—ever alert to the frisson- (and sales-) potential in art-squabbles—assembled most of the signatories for a photograph, and publish’d it with the caption, “The Irascibles.” (A name pull’d out of a Herald Tribune editorial critical of the group.) In the photograph: Theodoros Stamos, Jimmy Ernst, Barnett Newman, James Brooks, Mark Rothko, Richard Pousette-Dart, William Baziotes, Jackson Pollock, Clyfford Still, Robert Motherwell, Bradley Walker Tomlin, Willem de Kooning, Adolph Gottlieb, Ad Reinhardt, and Hedda Sterne. 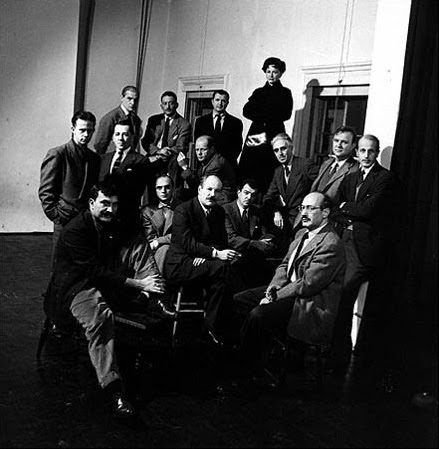 De Kooning, who did a brief teaching stint at Yale, invited by Josef Albers: “I can’t see myself as an academic. I think of myself as a song-and-dance man.” (Charles Wright’s call’d himself a song-and-dance man, too. Preferred revery of the awkward misfits of a certain age. Now it’s just “rock ’n’ roller” the feverish few aspire to.)

The notion of the “seamless” painting, one without “hot spots”—both terms apparently de Kooning’s—the latter being whatever “stops” the eye in a painting. (See Excavation. A painting “resolved,” meaning, here, unstoppable.) Thinking how bland, how what I long for is precisely what stops the eye—occasions a short, hard uptake of breath. (See the later “unresolved” paintings in the Woman series. That skirmish of ambivalence.) Thinking how in writing, the dull saw about making the language “invisible,” about Horatian avoidance of the pannus purpureus, the Puritan plain style incumbency that overhangs American letters. Me, I love to get stopped, and sopped up, and blotted out by a word—say viridian, say argentine—or a dab of color toss’d against the rocks of a seascape—say viridian, say argentine. 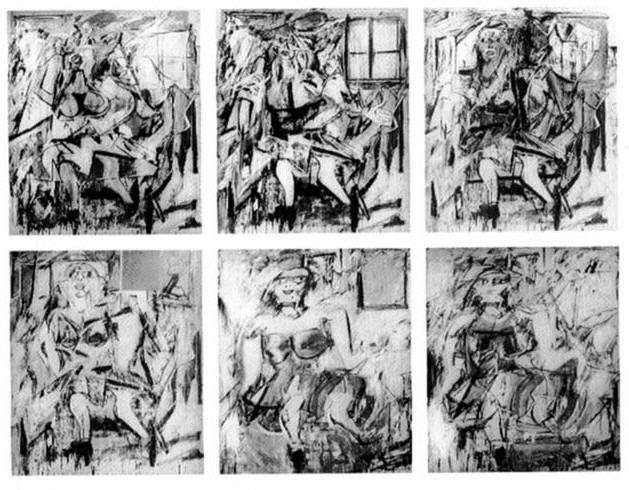