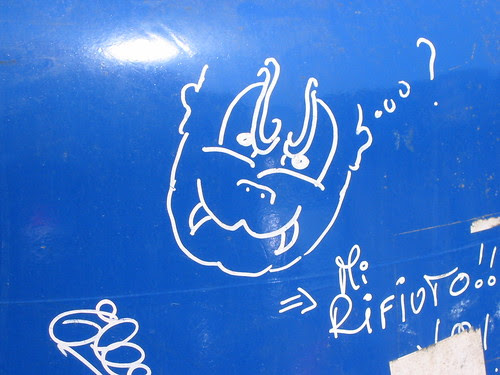 One of the minuscule nutritious gods—about dinoflagellate-sized, sometimes ratcheting up to a veritable red tide of gods, a booming bloomlet of gods—one, I say, of the little fuckers who perch on my shoulders and talk (with low raspy bedroom voices, sweet nothings of indubitable and inexorable import) into one of the (two) ears attach’d to my addle-pate, point’d out how’s I’d miss’d an age. (I thought immediately back to my bourbon-ply’d youth and ready’d myself to agree.)

He meant, however, in my audacious sass of yesterday. “What about the Age of Aquarius?” is what the godlet chirp’d, bumptious as a lout.

The godlet vamp’d and smarm’d. Did a hoity-toit. I knew he’d a gut-buster under that tunic he wore. “Soooo,” says he, pumping the O’s a little, vibrato-ing almost cruelly, “what we need is a melodious replacement for that abrupt hiccup of a title, The Age of Huts, lest it—and Master Silliman—fail to enter down into the high historical monickers of History, no?”

I admitted he’d pretty darn near primed that pump. And when the water gurgled forth it was cold, clear, and aerated by the godlet’s sly laughter. “How about,” he gasp’d forth, “The Age of Arrogance,—cuck—kuk—kwai—kash,” he went apoplectic as a plectropterine, “(compleat)?”

Looking for something, a book, I uncover’d another, Barbara Guest’s The Countess from Minneapolis (Burning Deck, 1976). Struck by two things. One, how those who like to make the story of American poetry one of two distinct camps at odds, ought to look again. How explain the fiercely ecumenical “list” of Burning Deck of the era (print’d back cover of the Guest)? Names among the authors of “Letterpress Poetry Pamphlets”: Tom Ahern, Bruce Andrews, Andrew Crozier, Ray DiPalma, Edwin Honig, Harry Mathews, Peter Riley, Stephen Sandy, Ron Silliman, Terry Stokes . . . Huge absence of women. However: Honig and Andrews? Silliman and Sandy? All just prior to the niche-marketing assaults of the Language boys, unh hunh.

The other thing about the Guest book is how its list-tendency prose pieces ring against Ashbery’s of the same era, thinking of The Vermont Notebook (1975), mostly. Kenward Elmslie’s Z Press being the common denominator? (Guest’s only acknowledgment in the Burning Deck book is to ZZZZZ.) Here’s Guest:

Nostalgia for the days when one searched for furniture those pre-Saarinen days. For some the pre-Aalto decade.

Versus a page out of the Ashbery book, an inhabitual homogeneity in evidence:

The other thing I note in The Vermont Notebook is the fierce ecumenism of Ashbery’s lengthy list of (mostly) writers. More evidence (of a sort) of the bunging up of History’s open hole by those who’d like to cut and run with an attenuated version of a bigger (swell) time, no? Ashbery’s list begins: “Anne Waldman, Tom Veitch, Hilton Obenzinger, Jack Marshall, Kathleen Fraser, Sandra MacPherson, Anne Sexton, Maxine Kumin, Robert Lowell, Elizabeth Bishop, A. R. Ammons, Ed Sanders . . .” and ends “. . . Carolyn Kizer, Russell Edson, Hugh Seidman, Charles Simic, Bill Zavatsky.” Not narrow, not parochial, not limited, not begrudging.