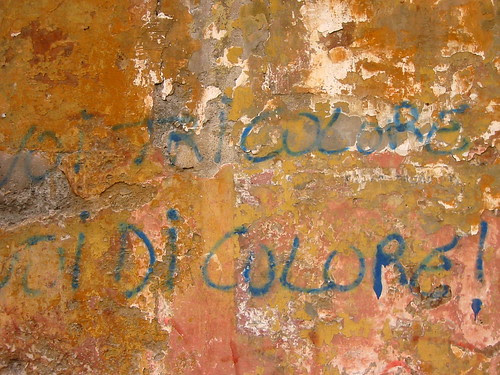 Unprepared, like a piano. The days requiring a dash here and there, finicky reading—pages zupped up against the onslaught of the hours, and duty—de Kooning done and now the wrassling about what comes barking up next. Or a stillness lit by bees, the way the weather’s cooperating, making a little thing John Wieners wrote a grace note to the morning, palpable in its Z’s:

Lizard under stone,
bees buzz around us
through two trees full of canaries
and in burnt grass
yellow poppies.

Fort humble wonder, there’s a thing that is missing in these inadequate ’thousands, measurably so. A campaign against “novelty unleashed”—see the Futurists—’d be just the ticket, prolegomenon to a writing wholly in league (related to lieu, locus place) with the world. (“Nature” is what one says, though I rebel against the way that puts it “out there,” “out in Nature,” as if it were another stop along the trolley-line, when what I mean is what brings us—trifles and triflers—to the worldly spot of becoming just another illimitable suasory force, like the nimble lacewing, like the hurricane. We, that is, is it.

In the Theater of Surprises, the novelty unleashed by the author must be capable of:

2. Suggesting a continuous stream of other hilarious ideas, just like a jet of water spurting a great distance, or like circles rippling outward on water, or echoes resounding.

3. Stimulating in an audience words and behavior that are quite unforeseen, so that each surprise spawns new surprises in the stalls, in the box circle, throughout the entire city the selfsame evening, the day after, and so on ad infinitum.

(Out of a manifesto by F. T. Marinetti and Francesco Cangiullo, published in Il futurismo in 1922.)

What strikes me is how determinedly (earnestly, with no humor whatsoever) the “effect” is sought. There’s a nigh-dictatorial thrust to the desire here to “épaté la bourgeoisie” or howsoever one wants to put it—the point is to make a big rumbustiousness that somebody’ll note. (One sees the same today in the various self-serving and ever-up-grimping groupuscules: that word “hilarious” is still the favor’d specie of exchange, even when it patently and obviously is no longer (and out of the narcissisus-orbital optics of the beholders rarely, if ever, was) the case. (Meaning “hilarious.”) Think a minute—against such self-flattering push-ups (say, the underwired brassieres of the poetry “world,” say it out loud) of the humility in Frank O’Hara’s absolutely sincere statement in “Personism”: “Nobody should experience anything they don’t need to, if they don’t need poetry bully for them.” Shouldn’t a poem be at least as humble as a lizard under a stone?

Argument for the pull of John Wieners’s poems, that humble and tentative restlessness that obliterates the ego-yelps, the pushiness. Even the rhymes participate in the act, usual, dislocated, not garish. No agenda beyond a moment’s utterance, celebratory, rather mysterious, truly exploratory.

When the echo falls
one will dismiss it.
When it calls again,
one will miss
it, falling in love with the present,
while one is able of it.
When the shadows enlarge, will one
enter it, or stay where
he is now. What will one do, how 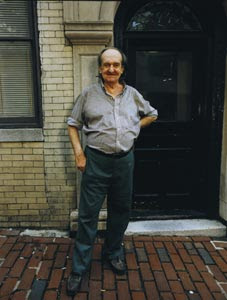