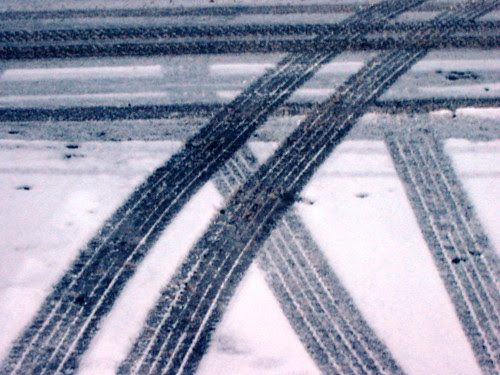 One day of semi-earnest considering, one day of tatterdemalion drifting.

Cold morning. Untoward scalene cold. Enough to bump the equipoise all cockamamie. Emily Dickinson warns, after repeating some sententious biblical claptrap (“night is coming”): “Let us strive together to part with time more reluctantly, to watch the pinions of the fleeting moment until they are dim in the distance & the new coming moment claims our attention.” It’s the “pinion’d dim distance” that talons to my heart, yanks me slower.

Hardly ever do I ascertain what Charles Olson is talking about (see, oh, “the weakness of the concept of plural is the hidden fallacy of communication, as the fallacy of the unitary is expression”). Except, I’ll mortar a sentence in here: “. . . it all comes down to a matter of speed. Or what, in this range of “life” unquote, dubbed human, is called vivid.” Vivid. Vivify. Vitesse. Speed. “Lively, brisk.” (Into the edifying pipes of the Oxford monument I go):

First found in end of 16th c. Evidently familiar to Shakespeare . . . Derivation uncertain: Welsh brysg (used of briskness of foot) occurs in a poem of the 14th c. This appears to answer in form to OIr. brisc, Ir. briosg, Gael. brisg, Breton bresk, ‘brittle’, ‘crumbly’ . . . it is not easy to connect the senses.

See “Thir ar the imbassadoris . . . thai depart wondrous bruisk.” (Undoubtedly O’Hara is one, he, the “wondrous bruisk” one of “Welcome me, if you will, / as the ambassador of a hatred / who knows its cause / and does not envy you your whim / of ending him.” Him meaning sweet speedster James Dean.)

Tatters. Brittle tatters. Sops against the fleet intemperate temps. “MAN IS A CONTINOUS CHANGE IN TIME,” is what Olson shouts, lost in the abstract wilderness. For Dickinson, founder’d in a ripe, palpable world volupté, where even mathematics is vif and succulent, writes Susan Gilbert: “I fancy you very often descending to the schoolroom with a plump Binomial Theorem struggling in your hand which you must dissect and exhibit to your incomprehending ones . . .”

Snows, downing possibility. How the contemporary gels, ices up. Morton Feldman’s got the word, how, say, frigging accoutrement’d the poetry “community” is, everywhere one turns:

The father of cybernetics, Norbert Wiener, has a phrase, ‘the hardening of the categories’. Things are neither open the way Baudelaire idealized it and neither are things going around . . . There is a discrepancy between what appears to be an open situation . . . and on the other hand a situation where, if you want to do something else, you’re forbidden.

Earlier, he says: “. . . since I was a young man I always tried to work like a dead artist. How else can you get the objectivity?” And: “Baudelaire was . . . at the early stages of a kind of art idealism and didn’t realize that the greatest danger to art is the artist. He didn’t realize that the potential of the artist, especially in America, is to become like a . . . lawyer.” And, asked “Why?” Feldman says: “Loopholes. It happens more and more as artists become educated. They become their own historians. After the ’50s artists suffer from a historical consciousness. Picasso ingeniously cut up the rectangle. They ingeniously cut up the artistic space in which to fit. They were pie-slicing. They figured everything out perfectly and were too brilliant to become mannerists.”

The intellectual cold. No Keatsian “spear going through me.” No poems beat senseless against the unsturdy anvil of fancy by fat-gloved writers with hammers and tongs. A prevailing meek regularity, self-josh’d, dumb’d down, antiseptic in its dirty pickings. No idea and effluence of idea made particular as a Fulwa, butter-drench’d, a pattie sliding against itself in sense-enigma. Everybody examining the contents of one another’s snoot-sacks, re-adjusting they own as if they ain’t got no self-flattery bigger ’n ’n iron skillet. Ah, the weasel ways people’ve got of clumping together. Oncet I roll’d over a big rock and witness’d a monstrous coil of snakes, inseparable, though skitter off singly they did under my quinsy’d suppurate eyen. Basta.

“It is not easy to connect the senses.”