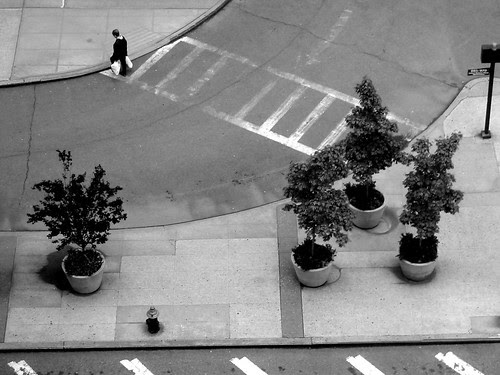 Persistent revery: Guy Davenport reading Erle Stanley Gardner and Strabo next to a fire. Della Street and the Greek geographer. (He’d claim each offer’d up a kind of anthropology.)

Carousing amongst three titles, one an oral biography of Charles Ives, one a study of Samuel “Erewhon” Butler’s paintings and photographs, one Julian Symons’s Makers of the New: The Revolution in Literature, 1912-1939. In the latter: how Harriet Monroe managed to line up a “hundred Chicagoans, each of whom pledged himself to subscribe $50 a year for five years,” in order to begin Poetry. (She’d, too, recently “received a fee of $1000” for an ode for the World Columbian Exposition, “to which . . . was added a further $5000 when the New York World jumped the gun in printing the poem, and she won a law case against the paper.”) En même temps—1909—Pound is spending $8 to print A Lume Spento in Venice. Thinking, with all that “Porkopolis” money, Poetry ’s allus a stinkin’ rich kid.

The odd parallel of Harold Monro—proprietor of the Poetry Bookshop in London, printer of the series of Georgian Poetry (1912-1922), edited by Winston Churchill personal secretary Edward Marsh, and of Pound’s Des Imagistes (1914)—that Harold Monro, and Harriet Monroe.

Butler on the beaux-arts training of the Victorian era (copying, copying, beginning with parts, and beginning with “flats,” moving to “plasters,” finally to living models—in a (smarm-tinged) letter, he says, “I commenced with curved symmetrical lines very difficult indeed to copy accurately. I then went through a course of hands and am now going through a course of feet; I have just blocked out the Venus de Medici’s toes”): “I listened to the nonsense about how I ought to study before beginning to paint, and the result was that I learned to study but not to paint.” (Akin to the Ph.D. candidates, legion, who learn to read poetry though not to write it.)

Contra Charles Ives’s “technique” (according to Bernard Herrmann, composer of music for the films Citizen Kane, The Snows of Kilimanjaro, and Psycho, amongst others): “. . . he didn’t have any. I think he made up each technique for each piece. It wasn’t even a technique; it was some kind of a miasma that hit him and then he went to work on it. Ives’s music doesn’t go on in time and space. His music is a photographic replica in sound of a happening.”

Which is pure Vernon Watkins (1906-1967), Dylan Thomas’s cohort, according to notes just perused in the tail-skimmings of the (now finish’d) Iain Sinclair: “The defeat of time was integral, in his view, to the function of the poet . . . The idea of the replica and the moment which is all moments.” The Poundian “ply over ply” and “the eight ply of the heavens” in that “replica,” assuredly.

In the spirit of organizing something out of nothing: the newish Insect Poetics, edited by Eric C. Brown (University of Minnesota, 2006), full of plausible gunk and wingèd bite, mostly about the invasions of bugs into literature. Here’s a sample (about houseflies) by historian of science Charlotte Sleigh:

We were studying the life cycle of the bluebottle and had before us some of their pupae: red brown, shaped like fat cigars about of seven millimeters’ length, and segmented in appearance. Then we cut into them. I will never forget the horror as a thick, puslike yellow goop oozed out. Something struck me as profoundly wrong. I could understand how a vertebrate could grow from a homunculus embryo, but how could a fly assemble itself, life-size and ready to go, from a soup?

(The short answer is: a miasma hits it.) Sleigh talks, too, about the “cultural norms and expectations” regarding flies in Western culture, particularly “the notion, drummed into us from childhood, that flies are ‘dirty.’ Around 1910, the U.S. government scientist L. O. Howard rechristened the housefly—previously considered a friendly visitor to the home—the ‘filth fly’ or ‘typhoid fly.’” Sleigh points to a report “primarily aimed at schoolteachers,” that suggested “a mass ‘fly-killing crusade’ as a suitable object lesson for one whole day.”

The story how Guy Davenport left saucers of suger’d water out for bees, and ants.