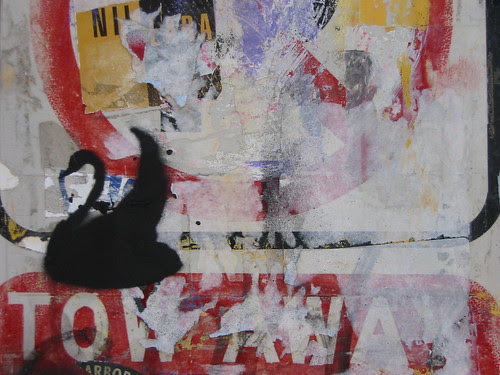 Samuel Butler: “Surely the work done by the body is, in one way, more its true life than its limbs and organization are.”

A lazy snow-glary Sunday. That longing to work without “applying oneself.” Puttering inconsistency. How the big structures get made. Ambling. Preening the selectables, pruning the savage wash. Versus: “Capturing . . . If it wasn’t recorded, it didn’t happen. If you couldn’t play time back, chop it against another riff, you would never achieve fiction. And, much more important, you would have nothing to sell.” Iain Sinclair. That glare against “achievement”—there’s the thing to combat. Against the ruffians of commerce with Herculean denials making they meretricious collapsibles, flooding the market with vulgar jerry-builts.

I like how Bob Perelman writes “during one of my Stendhal effusions.” (“Notes on Memoir,” Iflife) The title of that book though: not bodacious.

So one tarries against the enjambments of time, whilst it turns like a boulevardier impatient with the setting. A retail’d bouleversement, priced slash’d to nothing, how did it go in the grands magasins in the heyday of my wastrel youth? Au troisième étage, c’est un massacre! And I’d think tomahawks, wampum, quahogs in the Belle Époque light. A body hung up with lanyards of its own skin.

So one drifts with the sun’s getting dowsed by the earth’s refusals, the room a glade of irrecoverables. Or few. How David Jones stumbles into Sinclair’s narrative, a cultivator of “masterly inactivity.” Perfect. A “puttee-coloured face”—I read it putty, lack of colonialist regimen historickals showing up in a vocab paucity. Jones’s engagement to the daughter of Eric Gill (type designer and erotomane), Petra (stone), and joining in the extended community, first at Ditchling (Sussex), later at Capel-y-ffin in Wales. In Sinclair’s back pages, notes under Jones: “A notorious breaker of things.” “I hate being out of doors.”

What I loved most in Durrell’s Alexandria Quartet: the “workpoints.” The several pages at the back, available post-reading, claiming status as goads to what one just read. “Landscape-tones.” “Character-squeezes.” (Exempla of the latter: “Gaston Pombal: honey-bear, fleshly opiates.” “Clea Montis: still waters of pain.”) Stray quotables: “Of poems: ‘I like the soft thudding of Alexandrines.’ (Nissim)” Related in my unscour’d brainpan to F. Scott Fitzgerald’s Crack Up. A period of arguing for art’s essential unfinishedness, Jacques-Louis David’s undone portrait of Napoléon Bonaparte. Ashbery (1972): “To create a work of art that the critic cannot even begin to talk about ought to be the artist’s chief concern.” Is that boyish braggadocio? Is the unfinish’d one way to thwart such talk?

Sinclair’s novel as language barrage and onslaught. All registers. With factoids for texture, with genre’d plot gizmos (obvious as oatcakes) for labeling. An unshapely mass, “poet’s novel.” Sinclair: “a folly of the worst kind, forged narratives, faked climaxes, bent history. A disservice to all concerned.” And: “The first sentence on the page and the game’s up, the story goes its own way.” Which is precisely what makes it, the Savage Landor book, “authentic.” Meaning “possessing authority.” See all the way back to the Wycliffe bible of the late fourteenth c. for it: “No goostli vndurstondyng is autentik, no but it be groundid in the text opynli.” In the text opynli. A strenuously undiddled mess.

And Henry Vaughan, poet a.k.a. “the Silurist,” twin to Thomas, philosopher and “common drunkard,” Henry figures in the story. He reported seeing in a revery, “a beautifull young man with a garland of green leafs upon his head, & an hawk upon his fist: with a quiver full of Arrows att his back, coming toward him (whistling several measures or tunes all the way) and att last lett the hawk fly att him, wch (he dreamt) got into his mouth & inward parts, & suddenly awaked in a great fear & consternation: butt possessed with such a vein, or gift of poetrie, that he left the sheep & went about the Countrey, making songs. . .” Green Man hoedown.