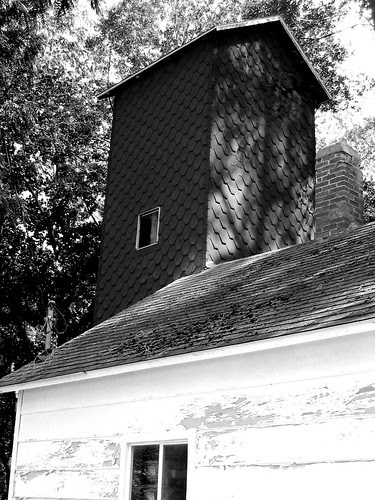 Stray verbiage out of Iain Sinclair (Landor’s Tower): “I go along with Terry Eagleton when he talks about the literature of a subject people taking refuge in linguistic showmanship, neologism, farcical excess.” (Vaguely curious where. Am I a subject people? “Subject is subject to fits of literary malocclusion.” “Signifyin’.”)

“There was a period when Frank wanted to rough up the purity of his prints, draw closer to painting and script. Over an affectionate, rather slapdash photograph of some yellow flowers, he had written: Like a Dog. Then he photographed that.”

“Poetry is pith. Fiction is what you leave out.” Versus “. . . the writer must dig in for prose, stay in one place, find a single subject and cane it to death. Poets can afford ‘capricious migrations’.”

“These were people who liked taking photographs of themselves. Nothing happened until they recorded it.”

And the visiting American poet, braying with enthusiasms correct and common: “Did you ever feel . . . you could taste a still life by Juan Gris? Sound the flatness of a lemon? Lick an oyster till it rang like a silver bell? Godddammit, we’re eating jazz tonight . . .” And later, going off about the disparu Weldon:

Kees was saying: “I want poetry and I want pulp to deliver an equivalent resonance.” Well, that’s simply not sustainable—as an argument. Can’t be. In poetry every gesture carries an intolerable ethical burden. Pulp can never forget its origins as a service industry. Something has to give. Poetry fucks with you, pulp fucks at you.

Ives rebelling against “musical exoticism”—the import’d, the European, “culture as other.” In the Emersonian strain of self-reliance, “a holy tinkerer.” Flat out belief in the possibilities of American democracy, neither bitter, nor sentimental. (Insurance writings—Ives an immensely successful insurance man, hugely wealthy—still “standards” of the industry.) Part neither of the world of commercial music, nor of the European innovators—Schoenberg, Stravinsky, etc.

Unfinish’d work (“The Universe Symphony”). Stories of Ives inviting visitors to add to it. (Similar stories of Bertolt Brecht, with scripts assembled scrap by scrap, playwright / composer as “one who invites all to collaborate.”) The “call to meeting” tradition. Direct representation.

Ives’s monetary support of the New Music Quarterly (Henry Cowell). Privately publish’d 114 Songs (1922) in an edition of two hundred. Too, the Concord Sonata and its accompanying prose writings Essays Before a Sonata printed in 1920.

Story of Ives’s rewriting the ending of ’s Second Symphony, to “blow a raspberry at the piece,” (apparently a fairly conventional piece, D major?) with a honking blast. (“a blatantly dissonant eleven note chord”).

Pianist John Kirkpatrick as heroic collector of Ives’s “scraps.” Too, he premier’d “Piano Sonata No. 2” (commonly, the Concord) in 1938. Scores sitting in a barn.

After my father was buried in 1976 in Zurich, my mother gave me the coat: “This is your father’s coat. It is very good, warm and not worn at all. Please take it with you to New York and wear it.” I hung up the coat in a small room in our house—with all my film cans on the window sill and an Aloe plant (needs a little water). The door is closed. I did not wear the coat for many years. As time goes by I am thinking more of my father and how I might become more like him.

On 14th Street I buy a Russian Lenin medal with shining red star. The medal looks good on the coat—it changes everything. The coat stays with the plant and film cans. When I am in New York on a cold day I wear the coat with the medal. The writing under the photograph is like sending a postcard—the medal on the coat an imaginary past; the plant is alive and waiting and growing; and I am getting old.
—Robert Frank