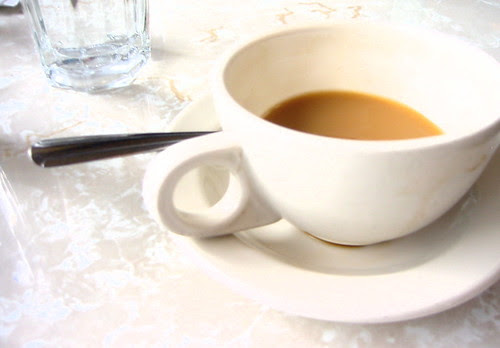 Poking along in the Davenport / Laughlin book, though I nearly shunt’d myself off into the lengthy spur that is Jonathan Beecher’s study of Fourier. Odd to learn that Davenport knew the medievalist Bob Kaske in St. Louis (Davenport: “those remote days when I could have WCW reads poems to a sophomore class”). Would’ve been just after serving in the Eighteenth Airborne Corps for a couple years, when Davenport taught at Washington University. Early to mid-’fifties. He’s noting Kaske’s death circa 1989.

Pulling me back to a short period (1985-ish) of inhabiting the cellar of Kaske’s North Quarry Street house in Ithaca, New York. Along with ten thousand or so poetry books—Ithaca House’s unsold inventory. After Baxter Hathaway’s death and the dissolution of the printing equipment—the old Chandler & Price letterpress, the few wonky offset machines, the paper cutter, the fonts, the string-cross’d frames that served for drying racks—and eventual ridding of the North Plain Street house. I think I lived there (chez Kaske) for free, though, if not, nearly so. I had some arrangement whereby I’d clean up the kitchen daily, and run through the house with a vacuum weekly. Not so troublesome except on the not so rare occasions when I’d roll down out of Collegetown plough’d up on vodkas and lime, and need to pitch and yaw around with the pots and pans before the Kaskes arose the next morning. (Apparently I made a better house servant though than my predecessor, a local hero named “Cocaine Katy,” who’d fill’d the cellar with misfits, runaways, whatnot.)

One pot in particular I recall: a monstrous thing that nearly cover’d all four stoveburners: how Kaske explain’d with pride its provenance off a Navy shipboard mess. The “lobster pot,” big enough to toss the critters in whole, or tied flat to planks, without crippling. Boxes of shipped-in canned turtle soup, for lunch. Kaske a huge-bellied Falstaffian figure, a mite slovenly, “couldn’t be bother’d.” (Davenport says: “the medievalist among us. He was old-fashioned in his scholarship, breath-takingly meticulous, and a man for whom the footnote was an art form.”) He had an enormous dog called “Wolf”—part German shepherd, part namesake—who’d accompany him everywhere, flopping down under the seminar table. When I took off back to school—after being “out” something like eleven years—and mention’d that I had some doubts about my ability to write a paper, Kaske said something like “Nonsense, what you’ll find, being a little older, is that now you’ll have something to say.” As if the obvious flaw in the usual university trajectory ’s that irritable lack of anything but. I never study’d with Kaske. So unformed, and contemporary-mind’d, in my schooling years, the medieval’d never come up. Oddly enough, I think David McAleavey inform’d me of Kaske’s death—he had study’d with him, though, I think I recall, remissfully, negligently, being too busy being, oh, “young and all that.”

Davenport. He loved “Calvin and Hobbes.” After the work later publish’d as The Balthus Notebook appear’d in Antaeus, Balthus (Balthazar Klossowski de Rola, younger brother of Pierre Klossowski) “sent word that the writer of it was to be congratulated. ‘Encouragez cet jeune homme.’” Davenport then sixty-ish. On visiting Pound in the final tempus tacendi period: “I remember Olga saying that Ez came out of his silent snit at nights, and read to her. Sartre, Les mots, at the time. I remarked that its prose was very flaubertian, and got glared at.” And, after a quibble with a MOMA mighty regarding the omission of André Masson in the essay Davenport did for the MOMA published Art of the Forties (1991):

I suggested that my essay be made to end with, “And, in addition, I’d like to mention Masson.”
In imitation of the little Niels Bohr’s grammar-school homework so ending. He had asked his daddy (Prof, Univ Copenhagen) to look over his report on the chemical elements. His father said he’d left out hydrogen. Whereupon little Niels added, “And, in addition, I’d like to mention hydrogen.”