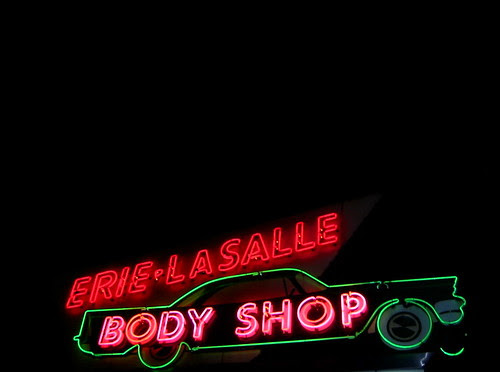 Random snows. Read a parcel of the Iain Sinclair (Landor’s Tower). Good deconstructings of the idiot apparati of “modern life”—and those who succumb willy-nilly to such. Here in a Wales-England bordertown (“A pleasure palace from the early days of motorway utopianism . . . reimagined as a zone of disappearances”):

Rows of telephones in hooded Perspex booths, bullet-deflecting shields modeled on the Eichmann trial. The phones were hooked a few feet from the ground, in deference to the average height of bus passengers on tour with Evans Evans of Clydach or Bevan Bevan of Ammanford. The rest of us could stoop and like it. They had no use for cellphones here. The only person I’d ever seen using one, an aluminium-suited rep, had blathered, from car park to escalator to restaurant, in the coffee queue, down the escalator, into the shop and out to the Gents. Where a disgruntled Taff nudged his elbow, causing him to drop the device, still whistling, into the blue chemical wash of the piss trough.

Sinclair’s directionless amblings (though studded with vague unidentifiable threat, paranoia, unease) akin to Shklovsky’s “plotless prose.” Inadvertently, perhaps, that is to say, amateurishly—there is a narrator who, fitfully, wants “to get a story going.” Too, though, he indemnifies ’s own drift, identifying it with what he calls “Camcorder pastoral.” “You couldn’t call it a pan. It was a Jamesian paragraph; it meandered, hesitated, swooped back on itself. Light values went wild. Here, at last, was a valid poetic for the expiring century. Intentionless narrative: flow, colour, accident.” As one character puts it: “Never embark . . . on a story for which you can provide a conclusion. Endlessness is immortality.” (So teacheth Pound. Though some of the spit-shined students, laurel-grabby, “finish” only to begin again . . .)

Sinclair seeing through the imitant uproar of modernism’s gaggle of post-begetters (he’s talking about himself, amongst others):

I left Landor in his box, crushed by an excess of Vaughans, Machens, Gills, Joneses, by maps and guides, geology, meteorology, picturesque excursions, rambles down the Wye. All of it to be digested, absorbed, fed into the Great Work. Wasn’t that the essence of the modernist contract. Multi-voiced, lyric seizures countered by drifts of unadorned fact, naked source material spliced into domesticated trivia, anecdotes, borrowings, found footage. Redundant. As much use as a whale carved from margarine, unless there is intervention by that other; unless some unpredicted element takes control, overrides the preplanned structure, tells you what you don’t know. Willed possession.

Not mattering where one begins, or ends (death’s just a good a stopping point ’s any): what’s “inadmissible” is that the owlet named Europe (or howsoever the story goes) not come to curse bloody in one’s one good ear. What’s “inadmissible” is the meretriciousness of mere antic. Clubby manufactories of the “zany”—unh unh. If, somewhere in the “process,” a god doesn’t put the spike-heel of ’s boot into the gap between one’s shoulder-blades, doesn’t push one’s right-knowledgeable phyz into the bastard lovage (an umbelliferous herb good for nothing), doesn’t invade one’s mild self-sameness with judders and wicks—nothing’ll out ’at’s not a shill elixir, made for the contemporary wibble-wobble only. And even if a god-prod comes down viperous and true, it’s only sweet hazard (“the chances are complicated by a number of arbitrary rules.”) Nobody corners a spiritual “estate.” Sinclair: “One sentence begetting another. It goes wrong from the first word. You’re always struggling to recover from that initial mistake, the accident of language.”

As John Yau (The Passionate Spectator)’s got John Ashbery saying French poet and painter Jean Hélion wrote: “I realize today that it is the abstract which is reasonable and possible. And that it is the pursuit of reality which is madness, the ideal, the impossible.” Like Guston, Hélion abandon’d the abstract for the figure.