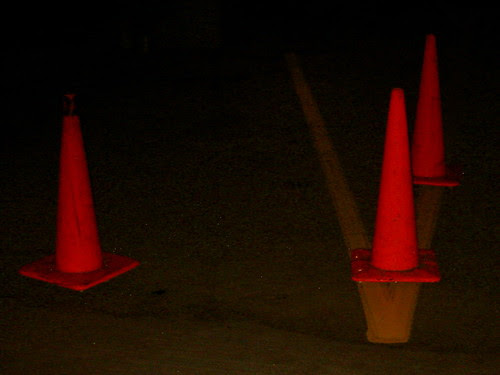 Finish’d the Laughlin book. Struck by Laughlin’s memory of one “American lady” met in Salzburg in 1935:

I have listened to her ramble on for almost ten hours at various times, I should think both out of pity and of interest for she includes in herself so very many interesting phenomena. First of all she represents the good mind that has always been grasping for truth and knowledge but has never been disciplined and rendered futile. She knows the most amazing and obscure things but they are all jumbled in her mind and inextricably tangled up with emotional events in her past. Yesterday she told me “You know Milton knew that airplanes would be invented because when you read the passage in Paradise Regained where the angels ascend to heaven you find reproduced the exact rhythm of airplane propellers.” That is a very representative statement. . . . She has read widely and thought deeply and is always just the least little bit askew. One moment she is talking Steiner and Anthroposophy; the next you would think you were listening to Mrs. Ottarson in a tipsy state; next she is telling your horoscope or reading your palm; then she will be off on her social triumphs, or how she tried to tell President Roosevelt how to manage the currency but he wouldn’t believe her. And the fascinating thing is that she actually knows what she’s talking about in each field, only when she tries to blend them together they become hopelessly mad. Never have I seen such a thing.

“Mrs. Ottarson”? Untraceable. The placement of the excerpt—directly opposite an entry about how Ezra Pound’d related “that the epopte was the orgasm, and that the sperm went up to his brain, which was what made him so smart” is likely no accident. Complete with photograph of Pound looking like he’s just shared a joke with himself. “Epopte, or “epopt”: initiate into the Eleusinian mysteries, a “beholder.” Is it possible that Laughlin’s canny knack with Pound descends out of an aptitude for the nutty, the feral, the buggy paranoiacs?

The Davenport we most clearly see in his letters here, as in his fiction, is the investigative Thoreauvian, examining the dispersion of cultural seeds from classical Greece to Modernist America. This was the Geography of his Imagination, the turnrows he characteristically tended, even when writing letters. Like most of us, Davenport clearly wrote his replies to Laughlin’s letters with the incoming letter laid nearby for reference. Yet the letters that emerged are much like his stories—the matter at hand giving way to personal anecdote, to a philological or botanical image, from there a quick jump to a literary anecdote, then perhaps to a reference to a work of art, before shuttling back to the original thread of the letter.

Imagist “jump-” and “shuttle”-work, aligning disparates. I love to see how Laughlin notes, “browsing around in [Davenport’s collection of stories] Apples and Pears”:

I think this is the “Real Thing” in the way of imaginative prose. Would I be wrong in this “progression” of the ideogrammatic method?
1. What EP did in the Cantos.
2. How Prof Kenner applied it to lit / crit / hist.
3. What GD is doing with prose construction.

Precisely. With the breathtakingly obvious (though miss’d by me) inclusion of Kenner. Precisely what makes The Pound Era such an invigorating book. All the resonance of its method—that anecdotal studding, exact precipitous weave, new-sung constellatory. (Sad to learn in one of Bamberger’s footnotes that Davenport and Kenner drift’d apart in later years. Who’ll write the biography of that bunch—Davenport, Kenner, Marshall McLuhan, R. Buckminster Fuller? A group whose boundaries never cease extending?)

Pleased to note Bamberger’s phrase for Davenport’s joyous, undeniably boy-center’d sex details in the stories: “emotionally utopian sex.” “Everyone involved is young and fit; there is almost no jealousy between serial partners; mild group sex prompts smiles all around.” And Bamberger reminds one of how the world in the stories is true’d elsewhere, a place where “observers from another world float over meadow in a hot-air balloon; a sailboat is folded and slipped into a pocket; a skateboard carries its rider along at speeds an interstellar spacecraft would envy . . .” A Pynchonesque world, one thinks.

What comes through of Davenport in the letters: unfailing courtesy, graciousness, something indomitable in the man in face of the idiocies of the 20th century. Bamberger: “He would occasionally mock himself as being so ‘High South Carolina’ that he would lose more writing time fretting about not having answered a letter than he would answering it, and so he would unfailingly answer every letter he received, and rarely allowed himself to send just a quick note.”

Rather enjoy’d Brendan Lorber’s fine rant (in the new Poetry Project Newsletter) against the starvelings for “prestige” in the poetry world: “You will never be as infinite as when you were hovering above the bardos before you were even conceived. Prestige—less a measure of writing acumen as of the ability to put your austere shoulder to the wheel of life & all its trappings.” Ah, that originary moment of pure poetry when one’s compulse’d to write a poem for no reason. Before the social ups and grabs and one is hurl’d into its rapacity and gore! Of course there are those souls too, to whom it’ld never occurred to write a poem, ’d they not been begummed and begorrah’d by the social idea of the Poet, that predictably fête’d wanker. Um, “fête’d,” or “foetid”?

An incoming fug of idiocy: say it’s the fault of the sub-zeroes—the weather speakeasy saying a –25 wind chill expect’d. Say it’s the fault of nasal congestion (say, nasal-spoimyness). Say it’s randoming the beleaguer’d streets for shelving of a certain size. Say it’s sleeping for hours and hours, grimly snug. Thinking about T. E. Hulme, who’d dandle a romantic expressivist over the fire soon’s a strip of bacon: “I want to speak of verse in a plain way as I would of pigs.” 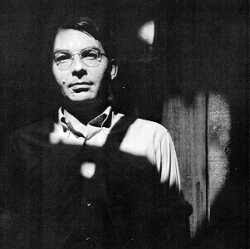