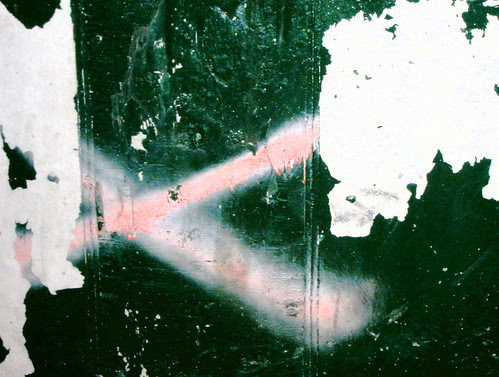 Jaunty, “dumb” rhyme. Meaning an ear to the obvious, June, moon, spoon, spittoon constructions. Probably twenty years back I heard John Ashbery read one of ’s occasional daubs that fit the above—maybe “The Songs We Know Best” (A Wave). He call’d it (early ’eighties) a “disco poem.” That kind of mockery.

Just like a shadow in an empty room
Like a breeze that’s pointed from beyond the tomb
Just like a project of which no one tells—
Or didja really think that I was somebody else?

That kind of stylized awkwardness, clumsy artifice fraught with a kind of homey speech (that no one speaks). The kind of thing Dylan tosses off, relentless, casual, cramming lines full of too many syllables. (“Romeo, he said to Juliet, ‘You got a poor complexion. It doesn’t give your appearance a very youthful touch!’ / Juliet said back to Romeo, ‘Why don't you just shove off if it bothers you so much.’”)

That’s the kind of thing I think about reading David Wheatley’s Mocker (The Gallery Press, 2006). See a couple of parts out of Wheatley’s “Drift”:

until sparks flew and I came to grief
bumped up against Anne Brontë’s grave,

and went to ground in a B & B,
where I watched the tide and bade goodbye

with a postcard and an unpaid bill
and jumped on a trawler, drifting still.

In Bempton of the guanoed cliffs
I lived on gulls’ eggs and dry leaves,

to Brid where I won you a teddy bear.
You get my drift. I was drifting far

but only in search of a tidal spate
to wash me up, washed up, at your feet.

Aping the form, reckless with the repetitions, and somehow a balance maintain’d: Wheatley’s drift and grief get express’d and the twenty-first century’s knowledge of the exhaust’d nature of the saying gets in there too. One way of avoiding shopworn or tired or ‘false’ innocence, whilst nodding in the direction of innocence itself, the original postmodern dilemma (see Umberto Eco’s terrific Postscript to The Name of the Rose: “Is it possible to say ‘It was a beautiful morning at the end of November’ without feeling like Snoopy?”)

Wheatley’s book is highly various in its pieces. I’d argue, though, that what Eco calls a “Kunstwollen, a way of operating,” animates most of its pieces. (Eco’s view of the postmodern insists it is less “period” than “manner.” One might label it a humour, like one of the medieval numbers, biles yellow and black, phlegm, blood, the postmodern.) Even in a rich arrangement like “Nostalgia,” stitching the current endless conflict to WWII, stitching animal noises to human, heraldry to the sky, John Donne’s “Meditation XVII” to the contemporary sense of futility, a mass of associations unrolled, the thing gets pinch’d for being a mockup, a repeat (“—always one man and his dog—”). It’s a prevalent (and likeable) tone:

Petrol-on-tarmac, salmon-and-blue-on-sable
evening sky where the Canada geese take flight
over the pier, a tethered goat and cabal
of roosters lifting their muezzin cries all night.

A man and his dog—always one man and his dog—
emerge from or is it fade into the mist
and walk like you the thin line of the dyke
that follows the foghorns all the way to the coast.

Two Iraq-bound squaddies rattle the pool balls
down the pub, war over who’ll buy the beer,
the worst they’ll face tonight for whom the bell tolls
the struggle to get their shout in at the bar.

Blacktoft docks bombed!, Lord Haw Haw crackled over
the airwaves six decades ago. Let more bombs
fall tonight: I give it all up, river,
jetty, me staggering from the pub, to the flames

if in return they grant me an azure-and-pink-
against-pitch-black sunset streaking the sky
behind the Ouse while the geese sleep on the wing
and one man and his dog walk lazily by.

A sense of Wheatley’s range. Fine reworkings (“after”) of the French—Baudelaire, Valéry. A spate of haiku, “Whalebone Haiku”: “Nunc est bibendum. / That’s Latin for line up those / pints and upend ’em.” And: “I’m beached on the bar, / a Whalebone whale. When it spouts / my blowhole spouts beer.” A lovely series of prose snapshots call’d “Bankside-Wincolmlee by Instamatic”:

The tipped cigar of the chimney shifts from side to side of the river, depending how far along the road you are. Keep an eye on it.

Empty yard, school of disused branch railway line. A memory of Foxrock-Boghill railway station one Sunday drive, everything covered in awnings, huge heavy white awnings. Then gone the next time. A bicycle against a wall that would seem to suggest habitation.

I do not know which to prefer, the beauty of inflecting the chimney from yet another angle, its bluntly Up-yours verticality when it comes into view, or just after. On balance the ‘Up-yours’ has it.

Elsewhere in the same poems there’s another Utrillo-meets-Lowry windowless street.” The Stevensesque “which to prefer,” the hint of Christo invading a Beckett set in those Foxrock-Boghill awnings, the literary is constantly pushing its blunt nose in here, and being gently told to piss off.

The other presence: Gaelic. Wheatley’s title poem is present’d in two languages, and points less to mocker’s alignment with ridicule, and more to a sense of mimic. To know: machair (Gaelic) refers to a fertile low-lying raised beach, a former beach after a drop in sea level:

It’s a splendidly paced poem, sonically sure (in the English—the Gaelic I gaze into whilst working my mouth in inconceivable directions), with no ascertainable mockery in its precise beach / woman alignment.