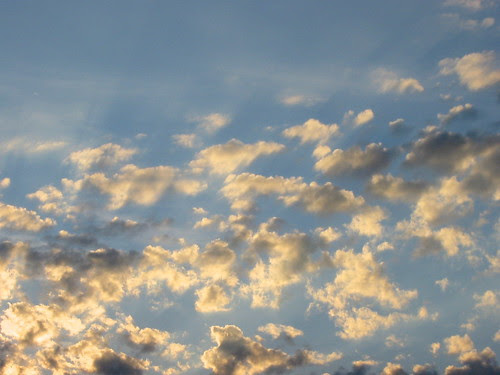 In the buckthorns, sagging with blackish berries, tiny kinglets, probably golden-crowned, based on the thin mimsy calls, skittering through. Leaves downed everywhere, intermittent high winds, and a swelter-spell, hitting the sixties nigh on fivish and after on into the dark. Prepositional pileups, another sign of the working class. The crows beginning to flock, haphazardly drifting, ungainly, undisciplined. Huge cardboard cutouts, ashes of a terminal world. Another chapbook in the mail, and my clap-o-meter afoul’d, that continuing disconsolate rut of immobility. Why write about poetry? Why write a poem? Why write a thing—proposed by Green Mountains Review—about the American Apocalypse? Isn’t apocalyptic talk precisely the other side of a coin that clanks down into the dull empty hearts of the same camaradoes who claim’d these United States “the Promised Land”? I hate all that “post 9/11 novel,” “post 9/11 poetry” talk. I hate the way it continues a narrative of “the Chosen”—as if what we’re seeing is mere acts of an “Angry God,” and not the result of the late up in the velocity of a centuries’ long imperialist push. Truth is, nothing changed. And to act as if something did, as if we are now gone over to some other side, is an outright disingenuous lie. One only need look about to know it: same galloping consumerism, same blinders, same self-satisfaction.

Konrad Lorenz, in King Solomon’s Ring: “How much the real character of the singing nightingale is generally misunderstood, is shown by the fact, that the bird, in literature, is always represented as a female; in the German language, the very word nightingale is of female gender. It is, of course, the male that sings and the meaning of the song is a defensive threat to all other males that might invade the songster’s territory, as well as an invitation to any passing female to join him. To anybody familiar with birds, the masculinity of the singing nightingale is so blatantly apparent that to attribute loud song to a female bird is as comically incongruous as it would be to the student of literature had Tennyson invested Guinevere with a beard.”

I see that Emerson complained about Thoreau’s lack of ambition, making comical the perceived fault: “instead of being the head of American Engineers, he is captain of a huckleberry party.” Precisely what we need more of. Idiot savants putting food, saucers of sugar-water, hydromel, out for bees and ants. Jaunts into the deeper recesses of the self, there where the self goes wholly unrecognizable, becomes mere pink anatomy, dumb-flesh the way all flesh is dumb. Revery-slack flesh of the daydreaming work-thief. Against the savage ravages of success (under what terms?) a loud long laze. A layabout state. A dawdle with lettristic arrangements. Concocts of implausible applesauces. Partial rapture shakedowns. A toy towhee put in shrubbery. Local miasmas of doodling. Or drooling. Anti-heroics and mimic thrushes.