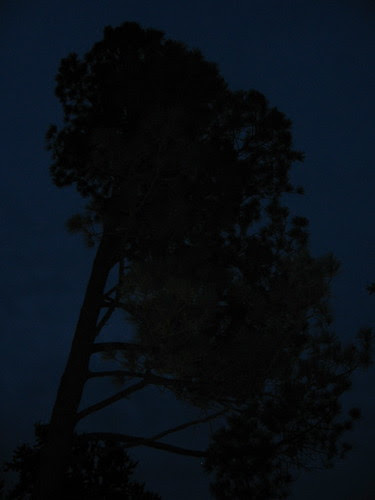 Kenneth Rexroth (in An Autobiographical Novel): “I don’t understand why French painting—with the exception of Delaunay—had so little influence in America in those days. Everybody seemed to be anxious to distinguish himself from the Cubists by every means in his power. Partly, I think, this was militant provincialism, defiance of the capital. Partly it was the besetting sin of the American arts—the Poe-esque notion that if you had the right theory the masterpieces would appear automatically.” He’s talking about post-WWI, early ’twenties, mentions a 1924 Anthologie Kra “still one of the best collections of the best days of French verse.” And mentions (at end of paragraph) how Paul “Klee’s scratchy crow-quill pen drawings of those days were commonly coupled with George Grosz and there were many arguments as to who was better,” (before self-satisfy’dly indicating he’d known it’d be Klee—Rexroth’s memoir makes a habit of showing him rectify’d by history, just as it points continuously to Rexroth’s own participation in nearly all the stellar movements of the period—here, I am reminded of nobody so much as Ron Silliman, another Mr. Self-props Galore.)

Rexroth, though, ’s got a jam-packed couple of sentences there. First, one’s certain Rexroth isn’t talking about Sonia Delaunay here (probably the bigger talent, certainly the more various). I am curious where one perceives a Robert Delaunay (“Art in Nature is rhythmic and has a horror of constraint. If Art relates itself to an Object, it becomes descriptive, divisionist, literary.”) influence, that Blaue Reiter color tendency, the slapping down of Tours Eiffels, the jaunty scatter-hint of cubism, without any pretence to analysis? (He’s not, evidemment, one of my preferences.) What I do like here is that “militant provincialism.” I suspect that the “militant provincialism” these days is more stridently a feature of the capital itself (or the “capitals,” both east and west varietes)—say, New York City and its various unruly rumbustiousnesses and rambunctives—defiant only in its predilection to disinterest in anything beyond itself. The defiant mediocrity of the “scenic.” And, too, Rexroth may’ve clobbered one nail on its head in identifying “theory” with Poe, much to Poe’s disgrace. Here’s a man famous for short story (and poetickal) theory—“read at one sitting,” “unity of effect and impression,” the “one hundred lines” ideal poem length, nutty stuff if one subtracts the historical aura of getting picked up by the French avant-garde and jitters-prone Charles Baudelaire. True, Poe’s got a trenchant and acerbic critical mouth, though to sling (back to Silliman) that “School of Quietude” remark around without trumping it with Poe’s own theories (all precisely the kind of “handle language gingerly, nothing too long, or too wild” torts that the oft-scoff’d-at quietists apparently obey—why, they is simply disciples of the marvelous E.A.P. himself!) that strikes me as clumsy thinking.

What (to smooth my own ruffled feathers) Rexroth’s little knot of things brings forth, is a kind of animosity toward the smooth assumptions that any art theory or poetic can discard the man or woman—with all the desperate little grubbinesses, pig knuckles, fears and sorrows and delights, and immaturity and sudden dartings here and there—all that that makes an individual, that hopelessly mired in its own-ness thing. Of course it’s dumb to say, ah, Klee turned out the winner against Grosz (what assumptions get buried in such a statement—one about the efficacity of art (none), one about savage caricature versus cute enigma, one about the market for the prickly . . .)

So it goes. Struggling to find reading space, writing space, dropping everything in a heap. So one riffs without melancholy, just in a tizzy, Monday morning, say, and, say, trousers bunched up around the ankles, say, and doorbell bonging away.

I see (off fetching a link) that Silliman’s in red-alert defense mode again about not being able to “hear” the mother tongue. My preferred number on that particular canal-blockage is, of course, Mr. Puthwuth’s at Bloody-nosed Georgia Sam. And Mr. Puthwuth’s follow-up.