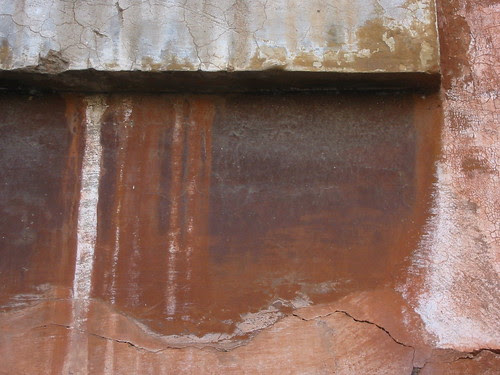 Jonathan Williams, on putting together Edward Dahlberg: A Tribute:

If you ask 125 battered literary people for anything, 100 will take issue with you and insist that you were totally wrong to begin in the first place. And here I was asking writers to bury the hatchet—when Dahlberg had buried it in more writers’ skulls more often than anyone else living! Does he not say every day of his life: “I reflect the age to which I am opposed. . . . It does not matter how often I fail; what is important is that I never joined the intellectual or the academic crowd. The rabble esthete is not better than any other species of demagogue, or what Prior calls the comma and colon men. Every time a bum-bailiff of our venal, literary agora praises a bad book he starves the writer of a good one. . . .” There is nothing like such a red flag to rally the curmudgeons.

And Ronald Johnson, introducing a selection of Dahlberg’s letters to Jonathan Williams:

Edward Dahlberg springs out of that thistle patch where once Thoreau tended his beans, and now there is the litter of motor courts and paved roads. Thoreau longed for a book “which shall push out with the skunk-cabbage in the spring,” and Dahlberg has written it, its odor unmistakably moral, inescapable, primordial. The Emersons of our day fidget in the parlors, and talk of the properties.

There are both correspondences and differences between the two, but the signature is on the leaves of the plant: they believe, in Dahlberg’s words, that it is impossible “to create a civilization in a land that covers more territory than the body of a Titan”; they are the self-appointed pariahs to this civilization, the gadflies of what is more titanic that Titan; and the prose they have developed is individual, prickly, as solitary as the mullein and as indigenous as sassafras. Thoreau withdrew to the woods, however, While Dahlberg, more cosmopolitan, more modern, engages himself, jousts at the windmills of his own humanity and the manners, erudition, politics, sex life, honesty, gullibility, and warmth of others. All in a style as close-packed, as variegated as the legendary ancestor of Indian corn. And as elusive. He declares in these letters: “It may take you a while to find your symbols, the air in Quito is sometimes too refined to breathe, but the heavens are lucid, and twilight there lasts no more than three seconds.”

Or out of Guy Davenport’s rollicking squib:

In a world that counts more the manners with which a thing is said than the sentiment or fact itself, he is gloriously boorish . . . He is earthy and overcivilized all at once, smooth and bristly by uncalculable turns, and wildly melancholy at all times. We do not know what to think of such an Habbakuk; he does not play the game. Politics, religion, fads, movements, groups, styles, editorial boards: they have all failed to touch him. Like all stubbornly personal men he seems fetched on, decidedly curious and unaccountably outlandish. Never mid. He is there, like Doughty and Zukofsky and Pumpelly and Jardiel Poncela.

And, dipping into the letter extracts, in one dated June 29th, 1966, Dahlberg writes to Williams:

I guess you know I don’t require your help to lard my renown, but what kind of friendship is this? Was I ever pompous with you? You published all sorts of squalid fools, and still do. Zukofsky is a dwarf, and Olson a refrigerated verser; I was duped by them at one time, but long since realized there was no point in drudging for Narcissi. . . . When you cease printing dizzards who have neither erudition or love for others, we can be friends again.

Worth noting: essays by Eric Mottram (“Ishmael in America”) and Anthony Burgess.