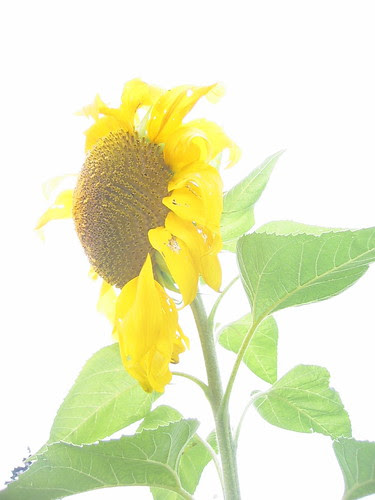 . . . there are brief notes in Kafka’s diaries that are pure photography: “Main street, empty tramways, pyramids of cuffs in the window of a store selling Italian imports.” (“A triptych,” S. exclaimed with ridicule.) “An old town; a man in a blue shirt clumsily descends a steep narrow street. Staircases.” (Except for the addition of color, we might think we are looking at a Cartier-Bresson from the thirties.) “Woman with black hair, serious, her mouth drawn; she is seated in the hall.” “A child framed by a window, behind the passage leading to the urinal. Pleasant sensation at the sight of a lizard on a wall. Psyche with flowing hair. Soldiers passing on bicycles and hotel employees dressed as sailors . . .” Kafka’s diary, from 1910 to 1923, the year before his death, develops by a process of contraction, of rarefaction—the final entries are the shortest, sometimes no more than a single word . . . like snapshots of his inner being , exposing his suffering almost the way x-rays expose the dark spot on his lungs. The last descriptive notes are a little like the mental images of a paralysed man, whose visual sense continues to perceive small differences in light, limited movements in an immediate visual field.

Which shoots me off in several directions simultaneously, knives out, sun-splash’d. First to Kafka’s own contra-photographic truth boo-yah, as reported in Janouch’s Conversations with Kafka. Janouch reports how two “automatic photographic machines” were installed (1921) in Prague, capable of reproducing “six or ten or more exposures of the same person on a single print”:

When I took such a series of photographs to Kafka I said light-heartedly: “For a couple of krone one can have oneself photographed from every angle. The apparatus is a mechanical Know-Thyself.”
“You mean to say, the Mistake-Thyself,” said Kafka, with a faint smile.
I protested, “What do you mean? The camera cannot lie!”
“Who told you that?” Kafka leaned his head toward his shoulder. “Photography concentrates one’s eye on the superficial. For that reason it obscures the hidden life which glimmers through the outlines of things like a play of light and shade. One can’t catch that even with the sharpest lens. One has to grope for it by feeling.”

(Kafka as the anti-Barthes. What if that particular—“the superficial”—is precisely where the “hidden life glimmers through,” the punctum, forever defined in my own putanesca’d brainpan as the severe crease in Theodore Adorno’s trousers. (See photograph.)) 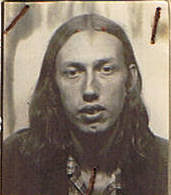 
In a foreign capital. (And the only other occasion I recall: in New York in one of the coke-addled nightspots, the ones constructed of huge shark-filled tanks, and with “powder rooms” the size of gymnasiums. I recall a photograph booth and the shenanigans (duel) for the all-seeing eye—and the pictures never slid down the chute, or were lost in the nigh-universal muddle.)

The photobooth became my most frequent pastime. The photograph was guaranteed to be indestructible, it would remain unchanged for twenty years. On the machine, I read that the photograph could be used for passports, cards, trade licenses, and gun permits; someone had added “narcissimo.” I returned several times to these 400-lire photobooths. I didn’t know whether the pictures that came out of the machine reinforced my isolation, or if they freed me from it. I went into a store with one of them and ordered my funerary medallion.

Jack Kerouac, with Kafka, is the other “rarefacteur,” with what he called “American Pops”—“Keep the eye STEADILY on the object”—making of the writing of the three-liners a sport, a kind of training like batting practice, or an art like photography. A “pop” (for Kerouac) provides “the sensation I get looking at a great painting by Van Gogh, it’s there & nothing you can say or do about it, except look in dismay at the power of looking.” (American know-nothingism.) How Kafkaesque it is to write:

Empty baseball field
—A robin,
Hops along the bench

In the desert sun
in Arizona,
A yellow railroad caboose

Sun kaput, seeping tentative piano in another room, with imprecations. To think by reconciling the diffuse, the disjunct. Reconcile, or misalign? To put a focal point to the various. Flat to the plane of the page. Framed by a momentary conjunct. (Just jamming. You can go now.) Time’s inebriate self at the moment of its departure, how capture that? Edward Weston:

I have been photographing our toilet, that glossy enameled receptacle of extraordinary beauty. . . . Here was every sensuous curve of the “human figure divine” but minus the imperfections. Never did the Greeks reach a more significant consummation to their culture, and it somehow reminded me, forward movement of finely progressing contours, of the Victory of Samothrace.

All because of Kafka’s urinal. (You can go now.)