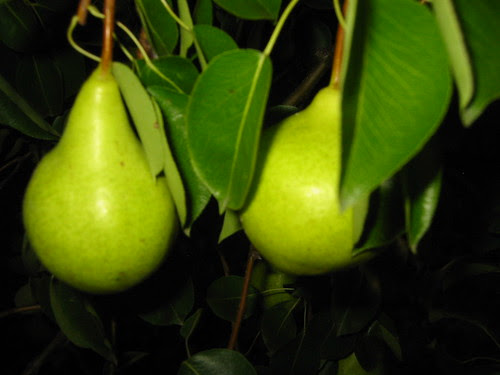 Flood Editions (meaning Devin Johnston and Michael O’Leary, with typesetting and design in the capable hands of Jeff Clark) just published its twentieth poetry book—there is, too, one prose collection, Fanny Howe’s Economics—and I’ve read or nosed around in all of them, written some small assessment of a number, and thoroughly admired the care and tenacity of the operation (modeled, one senses, partly on something like the early Jargon Society of Jonathan Williams, partly on Jack Shoemaker’s various presses—Sand Dollar, North Point, Counterpoint, Shoemaker & Hoard). The difference: Flood continues printing only (mostly) contemporary poetry, distributes the books largely without a distributor (though SPD carries the titles), is averaging, steadily, about four books a year, and, apparently, makes a go of it financially. (That the press’s succeeded editorially and artistically is, I think, beyond argument: the catalog offers early poems of Jennifer Moxley, late (and early) poems by Ronald Johnson, collections by Merrill Gilfillan, British poet Tom Pickard, John Taggart, and the first U.S. edition of poems by Australian Robert Adamson. Flood smartly combines books—essential, new, or reprints of things impossible-to-find like Johnson’s Radi os—by somewhat known writers along with the upstarts, angelic “youngsters” like Graham Foust, William Fuller, Lisa Jarnot, Philip Jenks, Pam Rehm. In the works: the rather neglected African-American poet Jay Wright’s Music’s Mask and Measure,, another Graham Foust title, (Flood’s demonstrated willingness to stick with an author is both admirable and increasingly uncommon), and a book by Michael O’Brien.

The latest Flood Editions offering is a beaut: Elizabeth Arnold’s Civilization, cover a detail of “Pine Trees” by the sixteenth century Japanese master, Hasegawa Tohaku. It’s Arnold’s second book—her first, The Reef (U. of Chicago, 1999)—I missed completely. (Such is the result of the bounty of the era, result, too, of the kind of dismissive seep-down of the high-toned old labelers, those who’d have us believe one can divide something as lively (slippery) as poetry into opposing “camps,” ridding oneself of imaginary difference by means of the sledgehammer of nomenclature . . .)

Arnold is a revelation: spare, somewhat “literary” (there are poems “after” Melville, Pound, Thucydides, Kurosawa, Apollonius, Nijinsky, and Guernica—a marvelous and variegated batch). She is wry, capable of the slightest tonal nuances, consider tone in something like the two-line poem, “Solstice”:

(A vacillating between incredulity, admiration, giddiness, and something akin to hope, all in four repeated words.) Arnold weighs her vocables (rather than syllables—there is a strong sense of one speaking here) with remarkable restraint. Witness a poem called “After Kano Tan’yu”:

sends the eye down, sideways, off
into a void where like a ghost
Mt. Fuji crowns

a gap in space. It’s barely there,
as the eye knew right off,
missing it at first.

I wonder just what more I’ve missed,
nosing my way through days
more tenuous than this,

distracted by how tight my waistband feels,
or blisters on my feet,
how one who sits

across the room, not paying attention,
even then oppresses.
In the landscape,

human figures are too small
to count for much: a ripple
on a lake

or river, the thin lip of the water raised
where the boat’s bow points a way
through what is otherwise

a dead white disappearing act
in all directions, any land seen
no friend.

If Kano Tan’yu, a seventeenth century (Edo period) Japanese artist, and the enormous scale of landscape painting (with humans minuscule, lost within) is trigger to the poem, what’s remarkable is the kind of systematic emptying out (I’m reminded a little of Elizabeth Bishop’s villanelle “One Art”—“The art of losing isn’t hard to master . . .”) that is detail’d. The gaps and disappearing acts in the two screens mock (match) those in the apparent relationship between the poem’s “I” and “one who sits / / across the room, not paying attention . . .” One moves (in and out of the two screens) through a succession of near-voids: Mt. Fuji, the other human in the room, the tiny human figures of the screens, the thinnest curl of water off the boat. (One is subsumed finally by the painting: gone, “no friend.”)

Deft, without fuss, sure: one senses Arnold’s art is caught (engaged) by a need to assuage, mercifully, the ordinary (and always, therefore, extraordinary) ravages of being human. In “Nijinsky’s Dance” she quotes the dancer and diarist: “Let this be the Body through which WWI passed.” And juxtaposes the line against the matter-of-factedness of “It’s been known a long time / that malignant cells can be engendered / by the damage minute particles inflict / as they pass through the body.” To inflict an engendering: one thing the “literary” can do.