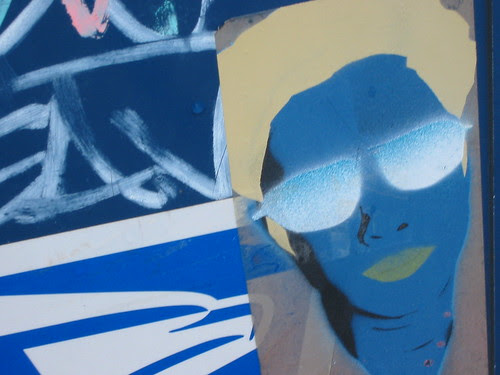 A yellow-leaf’d deluge, hard rain providing knock enough to strip petioles off twigs, and a general heathenish light of slicker and leaf sails forth ungodly and incongruous in the pre-dawn black. Invariably about halfway through any book a longueur talon-hoists my enthusiasm, osprey raking up a flapping walleye just where a runnel hoves to earth, and I dangle over an abyss of indecision.

Whether to continue or slough off another book, Max Stirner-style. Flinders Petrie style! “The unwrapping of Horuta!” “Ape head of Hapi, and speech of Nebhat” is exactly how I begin to see myself—not afflicted by the permanent ennui of the century, rather a ruinous need to go forth anew. Rexroth tells the story of Beryl Bolton, “leading lady of the famous old heavy Frank Keenan,”

who, in making a Garden of Allah-type movie ’d “ridden a camel on a treadmill all day into an airplane propeller at which two men continuously shoveled sand,” apparently causing much loss of skin. Something there jibes with my slow reading, my impatience, my bluster. The gadfly Maxwell Bodenheim pops up everywhere Rexroth goes, Chicago, Boston, New York and I madly search for what Rexroth calls

“a little field croquis by Cazin—dove-gray skies, pale sienna, and terre-verte withered grass rising in a faint swell to, in the middle distance, a cabane with silver and peach cob walls and pale, mottled, coral tile roof.” He claims it “satisfies” him “more than any other painting” in Chicago’s Art Institute. I suspect memory is fussing around here, getting its clumsy mitts in,

the way memory does. Bodenheim (b. Hermanville, Mississippi, May 26, 1892) claimed (amongst many other things) he’d been dishonorably discharged out of the U.S. Army after a stint in the Fort Leavenworth brig for going AWOL and for bashing an anti-Semitic officer over the head with a musket. In “East Side Moving Picture Theatre—Sunday”:

A slender Jewish boy whose forehead
Is tall, and like a wind-marked wall,
Restlessly waits while leaping prayers
Clash their light-cymbals within his eyes.
. . .

Then the blurred, tawdry pictures rush across the scene,
And I hear a swishing intake of breath,
As though some band of shy rigid spirits
Were standing before their last heaven.

So go the books. One continues, though one is tempted by the Richard Foreman compositional strategy:

“Every CHOICE closes down most of the world . . . what is one left with? Phenomenon which, as it arises, must be ‘tossed away.’ This ‘tossing away’ as the interesting aesthetic event. The fascinating new rhythm.

‘Ah—this moment starts to be interesting?—Toss it away!’ The ‘music’ of that ‘toss it away’—a kind of ecstasy, a stripping down that reveals—what? Some strange, new oscillating ‘thing’ under all other ‘things.’”

Allow that to serve, too, as method for reading. A reading deluge.