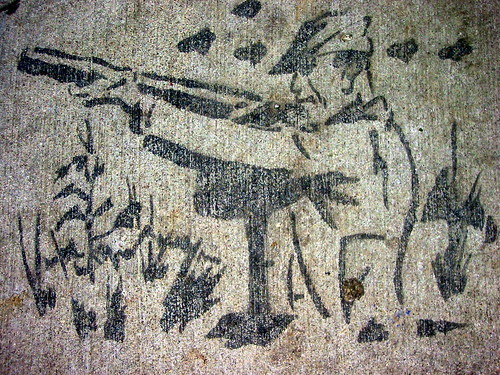 “The juvenilia’s fine—sassily derivative like the age—but the later, self-assured work is atrocious.”

“I can’t see anything in that stile nuovo chubby-buttedness.”

“Did you read Abraham Merritt’s The Moon Pool? Guy Davenport didn’t, and that’s good enough for me.”

“What could ‘profane humility’ possibly mean? No God I stoop to, I’ll tell you that.”

“Reading it is like reading through all the layers of a high-pressure laminate, the boredom dehisces to reveal more of the same boredom, only shriller.”

“Is anybody using proette to mean ‘a female professional golfer’ these days? I could use a word like that in my arsenal of deplorable terms deployable. For careerists, I mean.”

“Product of a mosh pit head butt, I gathered.”

“He says, ‘a statement of the classic swing of the pendulum away from romanticism, and characteristic of the arts everywhere.’ My question is, how come that pendulum keeps swinging back to romanticism?”

“Awash in digital photographs of zilch compositional skill or foresight.”

“The crows, that rhyme about ‘There were three crows sat on a tree, Billy McGee McGraw . . .’ Turns out crows tend naturally to the ménage a trois bent. The third crow is termed a ‘helper.’”

“Terror, awe, harmony, and delight in a full-Nelson, that’s what I keep looking for. In a landscape. In an art product.”

“I suspect the great sonneteer Merrill Moore, literary doctor par excellence, secondary only to William Carlos Williams, capable, one says, of starting and finishing a sonnet while stopped at a stoplight, before the light turned green, I suspect he’s the secret crooner behind some of Edwin Denby’s fabrications.

I was behind him walking to a class.
He delayed to tie an untied shoe,
We spoke, and from then on acquaintance grew.
After his brother died he used to pass
The evening studying in my room with me.
At mid-night we’d go to the dog-wagon to get food
And when war came I advised him to go to sea.
He did hat without the loss of blood
Then he went to Akron to make tires.
Christmas he sent me a card and one at Easter
With notes how he was making money faster
Than I was to buy things he admires,
Till yesterday his landlady wrote to say
That he died Thursday.
This is Saturday.

Sort of like ‘Richard Corey went home last night and put a bullet through his head.’”

“Sort of like ‘livin’ on reds, vitamin C and cocaine.’”