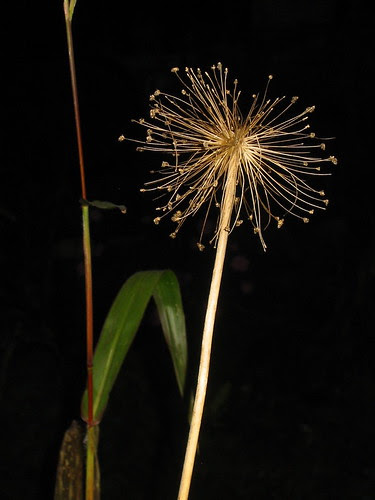 Écriture oblige, what ignoble sport. Evidence in the ragged sundries, the dragged-in dross and curio. The oblietjie: a thin Huguenotish biscuit, rolled. How easily one is misdirected, off-kilter, drifting out of the reach of intent.

(I am turning into Ron Padgett.) I biked along in the semi-dark thinking I’d make “short shrift” of my “little writing” and ran right into a priest. Ran right into a guillotine. I confess it, with no criminal intent. “Make a short Shrift, he

longs to see your Head.” (Shakespeare, Richard III) Who recalls James Hurdis’s mightily scribed and ornament’d poem “The Favorite Village” (1800): “The monarch daffodil uprears his head, / Nor dreads the guillotine of the keen gale.”

(Hear that storm in the long e’s of “guillotine” and “keen.”) So the meteoric synapses flip, and flip one off. Écriture oblige, escrito obligado. I ain’t talking about a command performance, though I ain’t

exackly adverse to wearing tights. Man’s an obliging creature, habitual, and what writing starts starts in the semi-dark. (“In Dreams Begin Responsibility,” and who is it—O’Hara?—who riffs that into something like “Our dreams began

not in responsibility, though they did begin in bed”?) Such is the bramble-patch and anthill of the pandaemonium’d reader who gives short shrift to the morning’s post, who sees the dodge that language is, shape-shifter and recalcitrant.

Forrest Gander (in A Faithful Existence: Reading, Memory, and Transcendence): “Whether form or cadence trigger the poems, measure always conducts my composition. Writing, I pass from time to space, from succession

to juxtaposition. I write the poem in all directions at once emphasizing not the stability of single words but the transition that emanates between them, or between it and its rings of association, rings of silence.

the assumption that the only way to understand the world is metaphorical, and all metaphors are inadequate . . . you press them far enough and you’re delivered into something that requires a new articulation.” An obligeant critter.

This is my letter obligatory to the world.