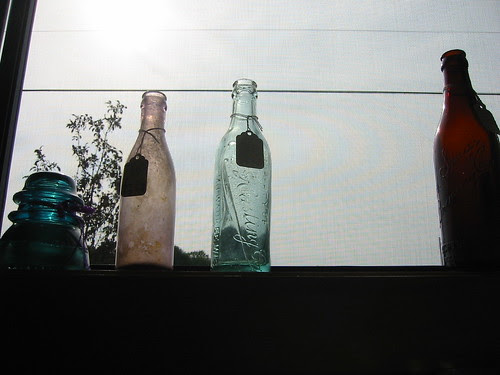 Reading Rexroth’s An Autobiographical Novel, struck by the extent of something akin to Greil Marcus’s “old weird America,” even in mid-sized midwestern towns like Rexroth’s Elkhart and South Bend, Indiana. Rexroth [he’s recording what becomes the Novel in the early ’sixties]: “People today have no idea how living a thing the Abolitionist sprit was as late as 1914. We can no longer gauge the destruction of native American radicalism and liberalism in the First World War.” Clubs and cultural societies and lectures and touring companies coming through.

Reminding me of a peek inside a stunningly gorgeous opera house in Calumet, Michigan, way up in Copper Country. Built of red sandstone hoisted out of Lake Superior, known as the Red Jacket Opera House. Somehow abashed to learn that Sarah Bernhardt’d played there. Too, a big, rambling, weather’d wooden Norwegian Church (Lutheran, apparently), a magnificent thing, noted whilst tooling through in the late ’eighties. Maddening to think of the never-ending descent into mass popular culture. (Recalling, too, in the reticular jumble of a net that “contains” my brainpan’s leavings, how I took dictation for some weeks for Baxter Hathaway, Ithaca House’s founder, dying of emphysema. He composed sentences, revising and making additions, and I scribbled it all down. Or stopped to read it back. The final story he managed had to do with getting a professional whistler and bird-mimicker to come to Kalamazoo for a performance.)

(Rexroth worries both notions, a perennial itch. Later: “The period just before the First Was witnessed the last flowering of Western European man and the last days of the old Western European family structure.” And: “Modern historical writers . . . have destroyed our memory of the dedication of the Abolitionist soldier, and plenty of soldiers were Abolitionists.” Elsewhere he talks of Civil War as “America’s great revolutionary war,” adding “it was a revolution which was won. It was from several generations who had won all their revolutions and expected to go on winning them that I came.”)

Rexroth: “I still think sitting still by a beaver pond in the sunset and early dusk is about the finest activity of man.”

And: “He covered the coop with insulation and then with shakes which he split with a frow. It’s the first time I ever saw a frow used, and I was permitted to help him. It gives me great pleasure to this day to sit on a warm late-summer afternoon and sock a frow and split off shakes. I’ve forgotten the name of the mallet like a one-handled rolling pin that you hit a frow with. I wish someone would tell me. It’s a fine name like those old British names for parts of windmill and tails of animals.”

No luck. Though, curiously, regarding froe, frow, the OED says: “Now chiefly U.S.” And: “A wedge-shaped tool used for cleaving and riving staves, shingles, etc. It has a handle in the plane of the blade, set at right angles to the back.”

Rexroth, in Europe as a boy, seeing the Hungarian Guard surrounding Archduke Franz Joseph—more talk of animal tails: “They all rode white horses with dyed tails. They were cuirassiers, and they had tight white pants and high boots. And then gold-brushed steel cuirasses and a peculiar round Bronze-Age-looking metal cap. Hanging from the cap was an immensely long red horsetail, and around their shoulders a whole wolfskin, with the wolf’s head up on the left shoulder and his hind paw in his mouth, and they carried long-bladed lances with horsetails hanging from them.”

In, in the dark, on the “bicycle found in the street,” one, admittedly, rather small. Rather than imitating a gangly upright knock-kneed insect, I did the French motorcyclist crouch, compact and bullet-headed rocket-fury. And wonder’d aloud to nobody in particular: is it O’Hara—the glorious Frank—who details similarly some “feelings” about types of underwear? In boxers, breezy and free; in jockeys, “like a projectile.” Oi. 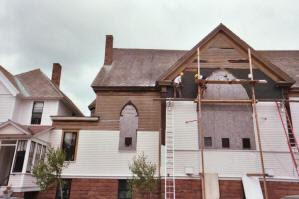