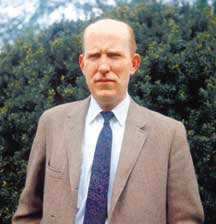 Continuing with the salient wonders of the new A. R. Ammons Chicago Review (57:1/2). In a 1973 interview, Ammons defends himself against a charge—rather widely repeated is my sense—by Jed Rasula that, in Ammons’s work, “there is a range of thematic material that persists and never seems to begin to grow fallow,” that is, a charge, at bottom, of using “the same material poem after poem.” Ammons:

I follow the impulse, when the poem is coming, and I don’t deliberately steer myself around, technically or otherwise. I have a very great esteem for an occurrence of an event. Out of all the possibilities of forces and materials and entities, something suddenly occurs. This is what happens in the mind. Out of all the perceptions, sensations, and so on, something suddenly coalesces, something rises to the surface and occurs under its own spontaneous energy. That is what I am seeking. I don’t care whether it says the same thing it said last week or not. I don’t believe it will be exactly the same, but it’s in the accuracy and the spontaneity, and the truthfulness of the occurrence that I locate the poem. I don’t believe in setting down the plan in advance, in saying, “Now I did this thing four times, what the hell’s the use of doing it five times?” If it’s just as much fun to do it the fifth time, I say do it.

Recalling somehow Jack Spicer’s sense of language itself as “part of the furniture of the room”—“furniture . . . which the spooks can move around any way they want to” (“. . . the only way to find out what furniture you need is to lack it. You go to a place, and the green Martian spook doesn’t find anything in the room he can possibly sit in. This tells the poet, for chrissakes get another chair for the room. And I certainly think that a poet ought to supply as much furniture as possible but then ought to be very careful about not saying, ‘oh please, sit down in this new armchair I’ve just gotten.’”) A direct refusal to direct. Focus pointed at the “occurrence,” that unforeseen knotting-up of particulars, the coalescent act (as opposed to any subsequent result, or any precedent intent). Earlier Ammons, noting how the “symmetry” of one’s concerns emerges out of assiduity, relentlessness, and care, and only in retrospect, summons up Emerson in defense of what amounts to “going on one’s nerve”:

It was only by not controlling it in the beginning that the symmetry emerges after a number of years, right? Emerson has a wonderful statement; he says, “In this woods-life that God allows me”—or something like that—“let me record from day to day, from day to day, my honest thought, without prospect or retrospect.” And he says, “I have no doubt that it would be found symmetrical.” Now there’s something under our conscious attention that is symmetrical, that is us, that is the way we are moving. And the poems are individual events that start to suggest that symmetry, to bring it up. Because we have no way to reach it otherwise. We can’t deliberately go after it.

Ammons repeats the Emerson formula in a 1978 interview with Cynthia Haythe—out of Contemporary Literature (21:2)—all the while insisting “I really didn’t read Emerson that much or that well before Harold Bloom started speaking of him. When Harold began to speak of my connection to Emerson, I went back myself to try and confirm or renounce this thing, and I found, in nearly every paragraph, a man speaking my central concerns more beautifully than I could say them myself. . . .” Talking of how he’d undone the imposed order of pieces in the early book Expressions of Sea Level (1964) so’s to make a chronological arrangement for Collected Poems 1951-1971 (“I went for chronology, thinking that I might misjudge the symmetries in making an individual book”), Ammons says:

I was controlled by that statement of Emerson’s—or rather, I was controlled by a sentiment in myself, expressed by Emerson when he said, “In this life that God allows me, let me record from day to day my honest thought without prospect or retrospect.” I’ve forgotten how the rest goes, but it’s something like “I have no doubt that my days will appear to have been symmetrical,” that some underlying unity will emerge if you remain loyal to the chronology and truthfulness of each day.*

The Emerson lines (out of “Self-Reliance”) read:

I suppose no man can violate his nature. All the sallies of his will are rounded in by the law of his being, as the inequalities of Andes and Himmaleh are insignificant in the curve of the sphere. Nor does it matter how you gauge and try him. A character is like an acrostic or Alexandrian stanza; read it forward, backward, or across, it still spells the same thing. In this pleasing contrite wood-life which God allows me, let me record day by day my honest thought without prospect or retrospect, and, I cannot doubt, it will be found symmetrical, though I mean it not, and see it not.

Symmetry, not essence. Nor unity in any normal sense. Ammons’s poetic (and the “I” that inhabits it) seems so caught up in the constancy of change (“too many linking verbs”) that its only stable element is its restlessness. Therein lies the symmetry. See, say—one might dip in nearly anywhere—these lines out of “Essay on Poetics”:

. . . I am experiencing at the moment several

clusters of entanglement: if I took a single thread from a
single cluster, viewed it, explained it, presented it, would
I not be violating my reality into artificial clarity and my

bundles into artificial linearity: but if I broached, as I seem
to be doing, too many clusters, would I not be violating this
typewriter’s mode into nonsense: hue a middle way, the voice

replied, which is what I’m doing the best I can,
that is to say, with too many linking verbs: the grandest
clustering of aggregates permits the finest definition: so out

of that bind, I proceed a little way into similarity and
withdraw a bit into differentiae: unfortunately, man cannot
do better though it might be better done . . .

To “hue a middle way” hardly meaning any adjustment of differences, or any compromise: meaning the “both / and” of proceeding and withdrawing, that vacillatory spell: “a little way into similarity . . . a bit into differentiae.”


* Measure of the weight of Emerson’s lines. Ammons, in an interview (c. 1980) with Philip Fried, editor of The Manhattan Review (rather astoundingly summoning, too, Robert Frost, to under-prop a processual poetic—“. . . you don’t want the poem to amount to no more than what you already knew when you began to write. Whatever kind of instrument it may be, it must be one capable of churning up what you didn’t already know. That’s what creativity is, and it is to be surprised by the end of the poem as much as you expect the reader to be surprised. That’s why I think Frost is so right to say, you don’t have the prepared last line and then try to write a poem that will end there. . . .”):

If you weren’t learning something, what would be the use of doing it? So you can’t write out of just what you know. There’s no motivation for that, and so I feel always in agreement with that thing that Emerson said in the essay Nature, where he says let me record from day to day my honest thought. Today, I say exactly the way things seem to me. Tomorrow, I also say, and it may differ somewhat from what I said the day before, but the difference, while it may be interesting, is not as important as the hope, which he expresses, that if you go on doing this somehow or other you will come to know a deeper thing that unifies all these days. Whereas if you had tried to plunge towards that deeper symmetry directly, there would be no way you could get there. 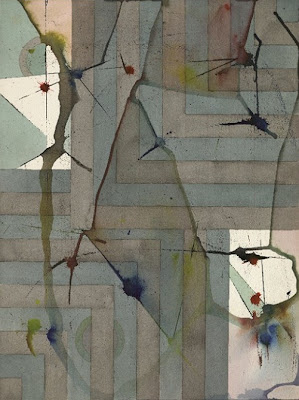 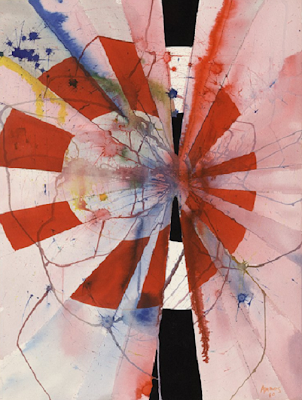 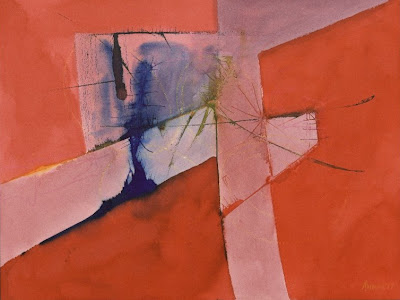